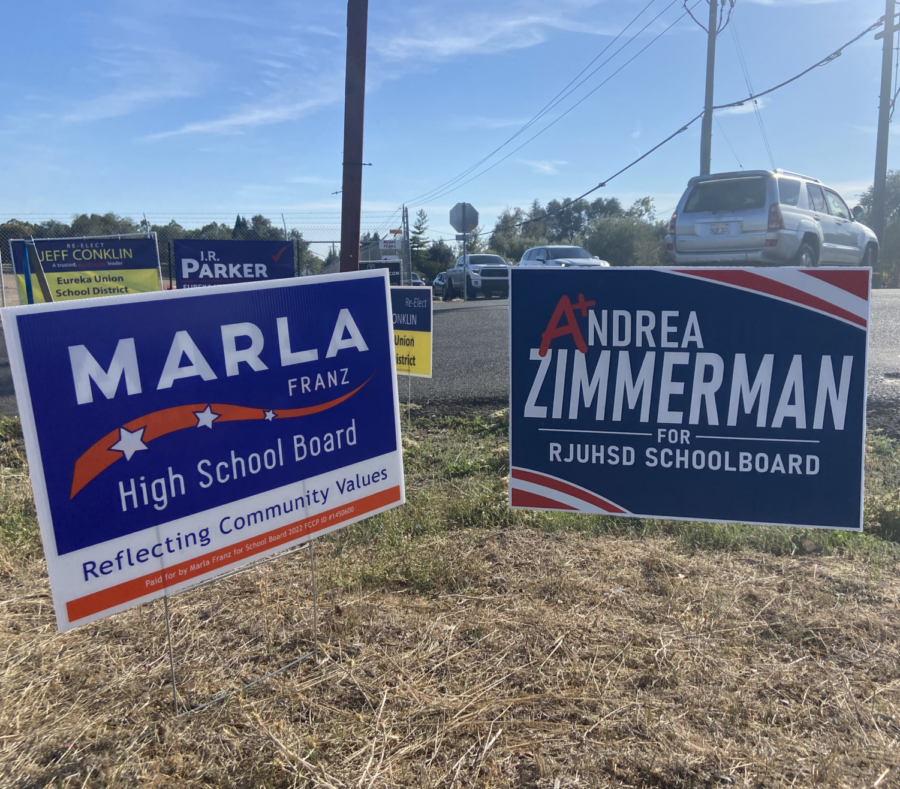 School board election campaign signs on the side of Eureka Rd. in Granite Bay

In the upcoming 2022 Midterm elections, residents of the Granite Bay District will be able to vote for their RJUHSD Board of Trustees member.

“This is what makes America a free country, that we have the ability to select our representatives; I would encourage everybody to study the candidates, look at who they are, what they stand for, and to make your opinion known by voting,” Scott Huber, President of the Board of Trustees said.

The two candidates running for this position are Andrea Zimmerman, and Marla Franz, a current board appointee. The candidate elected will hold the position for four years until the 2026 midterm election.

Additionally, there will be a vacant position created as the current President of the Board, Huber, is resigning after 15 years on the Board. Because of the recent switch to district-based elections from at-large elections, Huber and Pete Constant, another current board member, are within the same district. With Huber’s resignation, an election would be held for his and Constant’s area, #2, with any resident over 18 being able to run. However, Constant is running unopposed.

This means he will not be featured on the election ballot and will now be the sole board member in Area #2.

As only four of the five Board of Trustees seats will be filled, the board has begun the appointment process. They will be accepting appointment applications for a temporary board position until the 2024 election.

“(The Board of Trustees) is going to open it up and seek applications. Now the one area that does not have a trustee or a representative on the board is the Area #1, Antelope. So we will do some extra outreach in that area, but that doesn’t preclude the board from putting in someone else from a different area,” Huber said.

Thus, any person aged 18 or older that currently resides within RJUHSD, regardless of the specific area, is able to fill out a Board Vacancy Provisional Candidate Application.

“The one thing that can change the course of a person’s life more than anything is education … Now students are the ones that are doing all the work and opening all the doors, but (the school board) is laying the groundwork for them to get there,” Huber said. 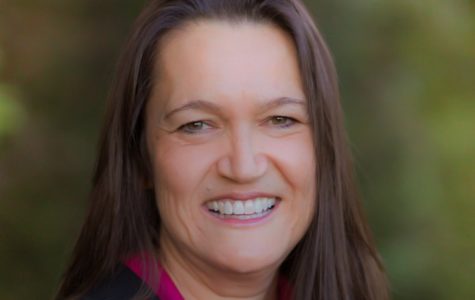 Marla Franz is a parent and resident of Granite Bay, with two daughters currently attending GBHS. She first started her involvement with the RJUHSD school board two and a half years ago during COVID-19. When a vacancy in the Board of Trustees appeared in April 2022, she applied for the seat and was appointed to the Board of Trustees. After having served for almost 6 months, Marla Franz is running fo... 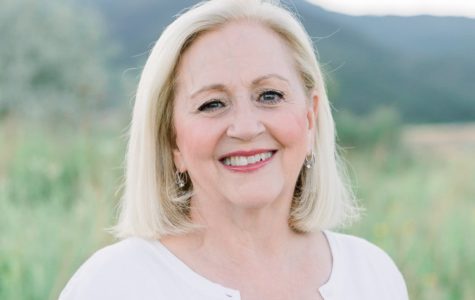 Andrea Zimmerman has worked within RJUHSD for over 20 years, working as a professional development specialist for the district and county, and assistant principal at Oakmont up until her retirement in 2018. Zimmerman emphasized her community service work, volunteering with agencies such as Wellness Together and Just Serve. As a resident of the Granite Bay community for 30 years, Zimmerman has seen...