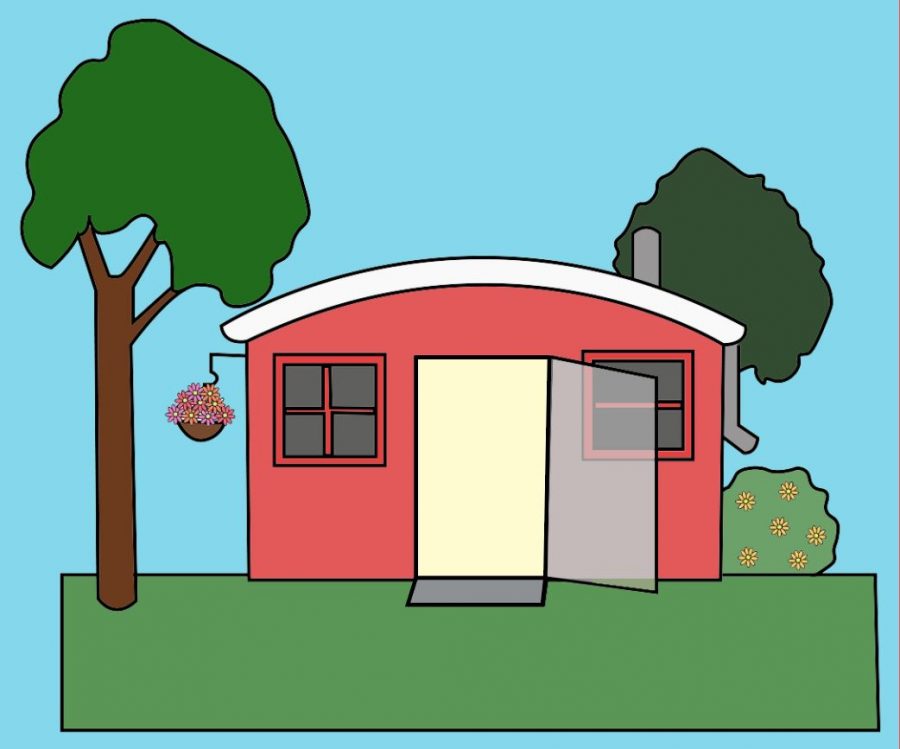 GBHS teacher Lynn Guerne decided to build a tiny house in her own backyard.

Although at face value French Teacher, Lynne Guerne’s new house may seem small, but the journey to build it has been anything but that.

After watching “Minimalism: A Documentary About the Important Things” and seeing the new tiny house trend take over HGTV,  Guerne first got the idea of building her future home.

After talking with her son who lives in Colorado, Guerne decided to build a tiny home of her own.

“I can move it to Colorado if I wanted to, my mom lives in Washington, so I could move it to Washington,” Guerne said, “there were a lot of things in my mind when I was thinking about it.”

The next step in her process was to figure out how to even build a home.

In need of inspiration, Guerne looked for a workshop to help her learn how to build a tiny house.

She ended up attending a weekend workshop out of curiosity and “there were all these people at the workshop who had built their own tiny houses and I thought well if they can do it, so can I,” Guerne said.

With the help of friends, Guerne has been able to build her tiny home.

“I was one of the first people who would go to Home Depot with her and we would pick up lumber,” said Spanish teacher Jill Cova.

Spanish teacher Ben Soper also helped Guerne with the foundation of her home.

“I helped her a lot at the beginning to get her trailer frame set up correctly and basically the foundation started,” Soper said.

Guerne has had lots of help throughout the whole experience.

“I’ve had one of my students’ moms volunteer a friend of theirs and he has come to help me,” Guerne said.

For the more important and crucial aspects of her home, she has hired contractors to ensure the job was done correctly.

Guerne has had some complications during the time she has spent building her future home.

However, all of these obstacles are going to pay off very soon.

Guerne says she believes her tiny home will be done this spring, there are just a few more pieces to finish.

“I have some electrical to do and I have my drains to figure out, so the water from the shower or the vanity and the kitchen sink, I have to figure out where it is going to go,” Guerne said, “I have a few more pieces of furniture to build.”