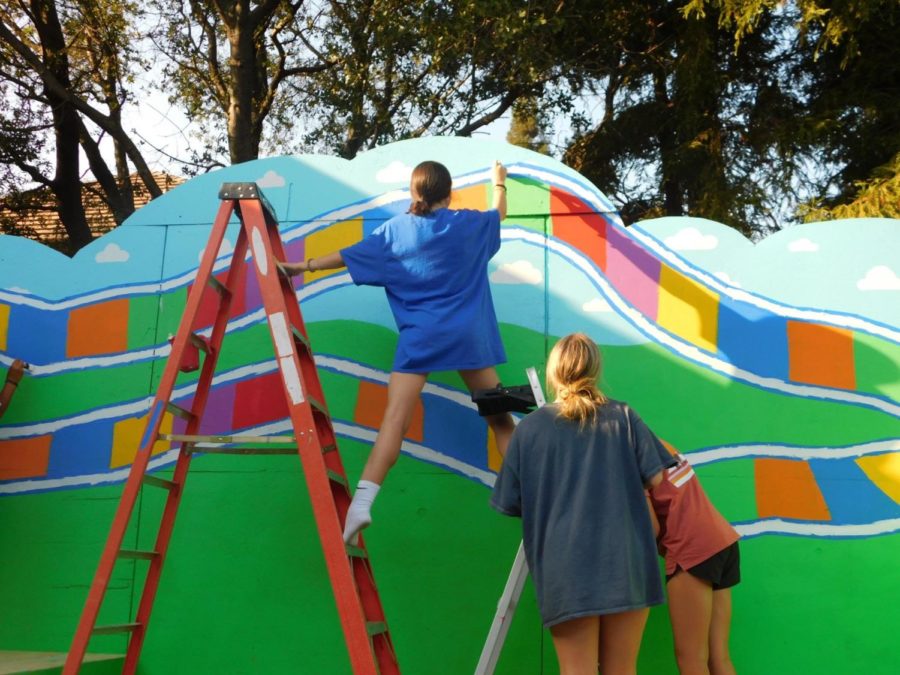 Freshman Molly Kerns stands on her tiptoes, while leaning against a ladder, and reaches up to paint the top of the Candyland float.