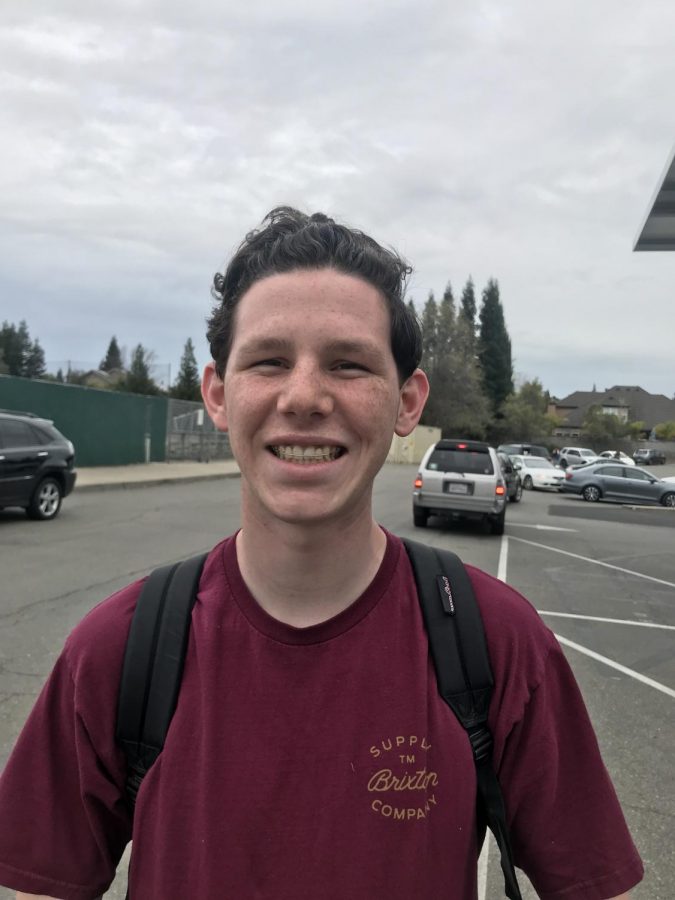 Nick Fisher saw cheerleading in a new light after powderpuff.

Fan of the Month: Nick Fisher

Nick Fisher has been an extremely involved student and always displays school spirit.

Fisher was a powderpuff cheerleader for the 2019 season. Cheering on the senior girls, he was able to express his dedication to promoting Granite Bay spirit.

Fisher described his involvement in powderpuff as exciting and unifying, “It was really fun, I liked cheering with people I did not know that well and becoming friends with them.” Fisher said.

With cheerleading comes hardwork and lots of learning, Fisher commented on the amount of effort he had to put in, “I definitely realized how hard cheerleading actually is.” Fisher said.

His commitment and constant support is much appreciated by the athletes of the sporting events he attends.

Sports aren’t the only way Fisher gets involved, when there are spirit weeks Fisher makes an effort to dress up for each day.

Fisher also has his own club here at Granite Bay! His active participation allows him to be connected to his peers.

Fisher’s constant excitement and attendance to sporting events and his other involvement on campus make him a great fan of the month.