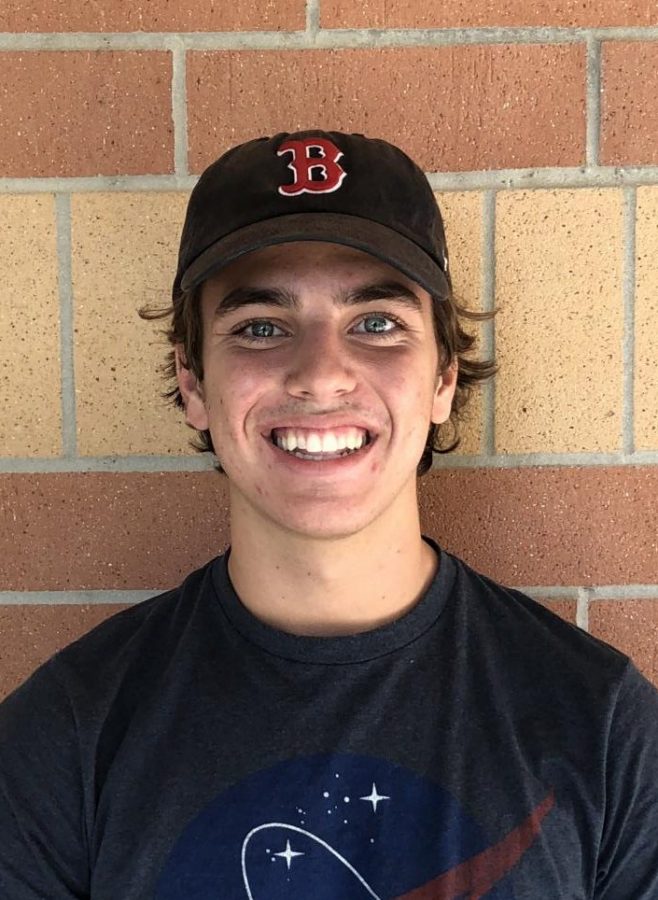 Bradley Roe is a fan of GBHS football and basketball teams.

Fan of the Month: Bradley Roe

In his four years at GBHS, Roe has established his presence at most home games for sports like basketball and football.

Roe enjoys cheering for his football team on Friday nights.

Win or lose, you can count on Roe supporting his school and representing the Tribe at games.

“The game against Grant was probably my favorite,” Roe said. “It was really close and went into overtime. The game was exciting to watch even though we lost.”

Roe does an exceptional job at going out of his way to match every Tribe theme and show his school spirit.

“Our very first game of the year was really cool because it was decades themed and we had our dance after. It was fun to be dressed up with the rest of the Tribe,” Roe said.

Another prominent sport which Roe enjoys watching at his home school is basketball.

“I like basketball a lot too, probably the most,” Roe said.

As the the final high school basketball season approaches this year’s seniors, Roe is ecstatic to participate in those activities as well.

“We dress up for those games as well. The game is so much more up close and personal, the Tribe really gets into it and it’s a lot of fun as well,” Roe said.

“That’s my sport for sure. Ole Miss Rebels are my favorite team. We’re having a rough year but I still support them,” Roe said.

Roe is looking forward to the start of basketball season to enjoy his last high school games.