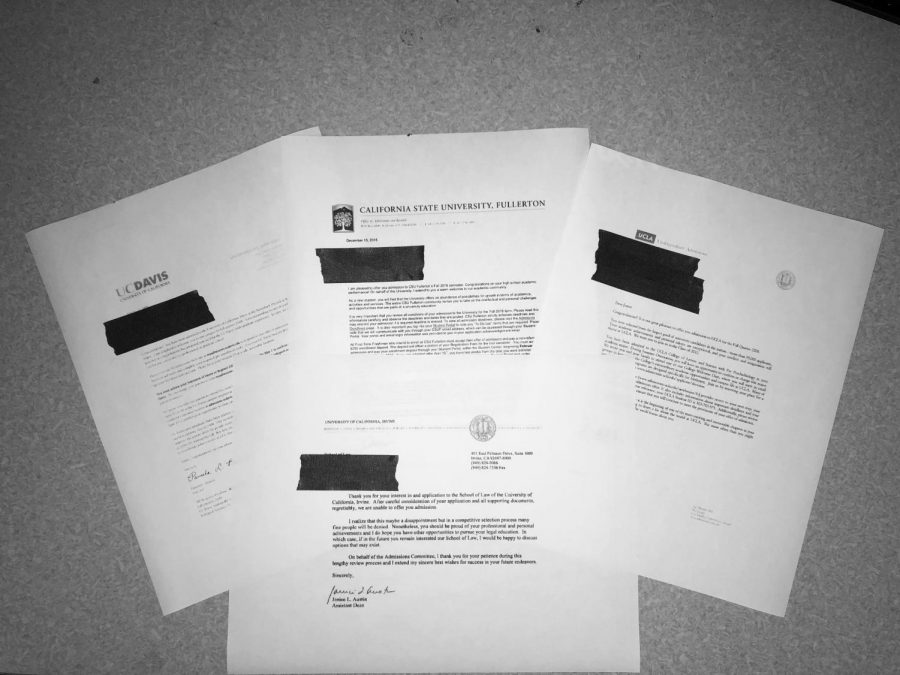 The admissions process for prestigious universities gets more competitive over the years.

It’s no doubt that the college application process can be a huge stressor for high school seniors. The phenomenon of college-related stress, however, is relatively recent.

Harvey Hyman, a 1974 Yale University graduate, is a parent of a high school senior at GBHS.

Although Yale is an extremely competitive college, Hyman said he wasn’t anxious about the whole admissions process.

“I was No. 9 in a class of around 600, so I felt pretty good about my chances of getting into a good school,” Hyman said.

He attributes this to the fact that during his high school experience, not many students had top grades, top test scores and top extracurriculars.

“(Now) there’s a whole industry around getting kids into college, and it’s changed everything,” Hyman said. “There are people that teach you how to position yourself.”

Hyman said these days, prospective students must prove themselves to admissions officers.

“It’s like a beauty contest where you have to work so hard to market yourself,” Hyman said.

Hyman said this mentality starkly contrasts the one his generation had.

“Back then, they were more interested in what it was about that particular college that really attracted or appealed to me,” Hyman said.

Back then, they were more interested in what it was about that particular college that really attracted or appealed to me”

Hyman took his essay in a humorous direction, something many high school seniors would now describe as too risky.

“(My essay for Yale was about) how I hated living in Philadelphia because the only thing you could get to eat was cheese steaks and they were really, really greasy and whenever I bit into one they would squirt grease all over my shirt,” Hyman said.

However, Hyman was still an extraordinary student. He took all the AP classes offered at his school. In addition to playing varsity sports, Hyman had a variety of unusual interests such as scuba diving and fossil hunting.

Although his verbal score for the SAT was extremely high (a 760), he says his math portion was too low to report.

“My suspicion is that (now) you have to have very high test scores in both the verbal and the math,” Hyman said.

While having the so-called “statistics” is essential, it doesn’t necessarily guarantee admission or rejection into top-tier universities.

However, Song himself had high statistics. He graduated with a class rank of four and reported an SAT score of 1540.

It isn’t just a person’s standardized test scores that matter, however.

“Colleges are interested in a diversity of interests,” said another GBHS graduate and Stanford freshman, Bronson Vanderjack. “SAT and ACT and AP scores … establish a kind of academic proficiency, but community service hours and extracurriculars … are also paramount to your application standing out.”

Song doesn’t deny that the admissions officers are becoming more selective. This is because the number of applicants is rising.

“People are beginning to overvalue college degrees in the job market, (which is) pressuring high school graduates to have to go to college to get a job,” Song said.

This competitive culture creates much stress for prospective students.

“On top of feeling like all of my failures were the only things the application reviewers were going to notice, I constantly felt that my achievements wouldn’t match up to those around me,” Vanderjack said.

However, both Song and Vanderjack are proof that college admission into an extremely competitive school is possible. They have valuable insight for those applying to colleges in the near future.

“Explore how the things you like can lead you to making an impact in your school and community,” Vanderjack said. “The application process is only an abyss of desperation if you choose to look at it that way.” 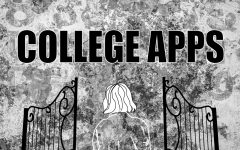