Young voters are unaware of parts of the political world 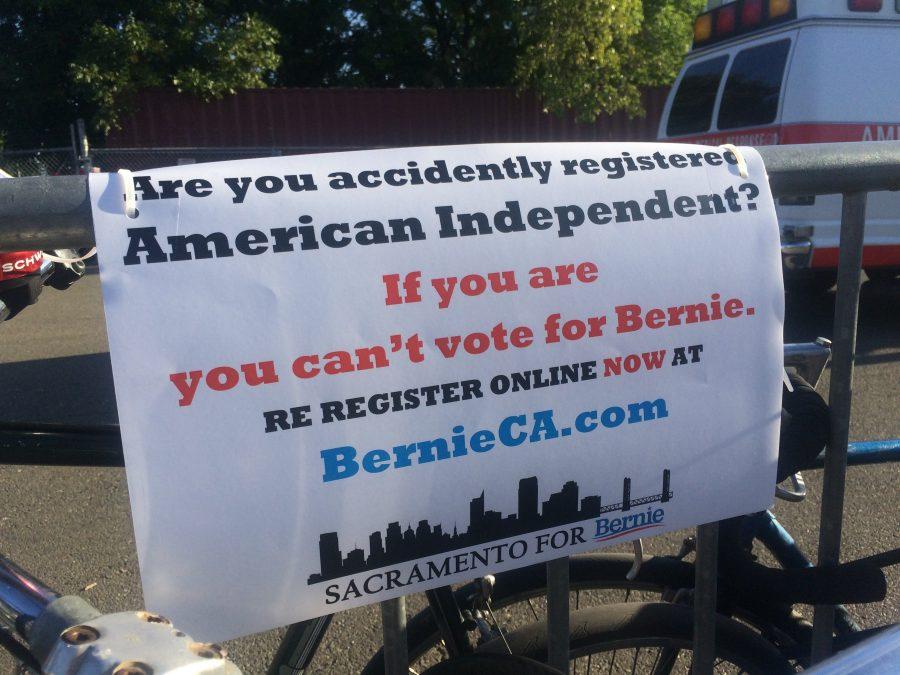 There are independent voters and the American Independent Party.

Oddly enough, there’s a difference, which a majority of California registered voters failed to notice.

A recent Los Angeles Times investigation discovered that in an AIP poll, 73 percent of Californians who registered as part of the American Independent Party were unaware of what it actually was.

In the efforts to register as independent voters, they checked the American Independent Party box, assuming it was indicative of liberty from any particular political party.

The AIP, however, is defined as a far right political party of the United States, which in many cases is the exact opposite of what these Californians intended to register as.

As revealed by these voters, their true intention was to register as ‘No Party Preference’ in preparation of the California preliminary elections.

In reality, the AIP is known for supporting controversial topics such as voting against abortion rights.

Since 73 percent of Californians were not fully educated on the difference between political parties, this raises a question regarding how reliable many voters there actually are.

The 2016 presidential election is rapidly approaching, and a vast amount of young adults will be eligible to vote this fall for the next President of the United States and  a numerous amount of bills.

Many seniors have reached the privileged age of 18, raising the question of whether they are ready to vote and if they have all of the information to vote.

Have they been exposed to enough information to vote for a future president?

Are they aware of the difference between the AIP and being an independent?

Such questions are important to ask the next generation of voters who will be deciding the fate of the next U.S. leaders.

Along with voting comes the concept of political parties, which Dell’Orto believes creates a divide among the student population.

“I think it is important as far as political identity goes,” Dell’Orto said. “But it can also cause partisanship and polarization. Right now, I’d say we have too much of that.”

Ethan Quinn, another senior eligible to vote this fall, disagrees with that viewpoint and believes the candidate is more important.

For the upcoming election, a bill for the legalization of marijuana may be on the ballot in California, in November, which could influence the voter population.

Marijuana has been a part of young adulthood for many years, but it has always been illegal to a certain extent.

The use of “medical marijuana” has been officially legalized in 24 states in America, including California. This bill, however, if on the ballot, will be for legalization of marijuana for regular recreational usage.

The legalization of recreational marijuana in Alaska, Colorado, Oregon, Washington and the District of Columbia has sparked the interest of more states to do the same, including California.

Since marijuana has proved to have no significant health risks, the acceptance of weed has been increasingly prevalent in recent years.

BuzzFeed has been recognized for releasing cooking videos incorporating the usage of cannabis, signifying the wide popularity of the drug.

Some think that the bill will encourage more teenagers to go out and vote.

“I do you think more people will (come out and) vote,” Quinn said. “This is a huge issue in teenagers lives and most other people’s lives.”

“I believe that it will bring out more people than usual – it will mobilize citizens who are pro-marijuana, and possibly those who are anti-marijuana as well,” Dell’Orto added.

The effect of teenagers on the upcoming election, specifically the California preliminaries, is likely to be heavily influenced by young adults.

Based on how teens vote, their knowledge on the well-being of the nation will be tested in numerous ways.

“I think we are educated enough to make an informed decision at 18,” Quinn said.