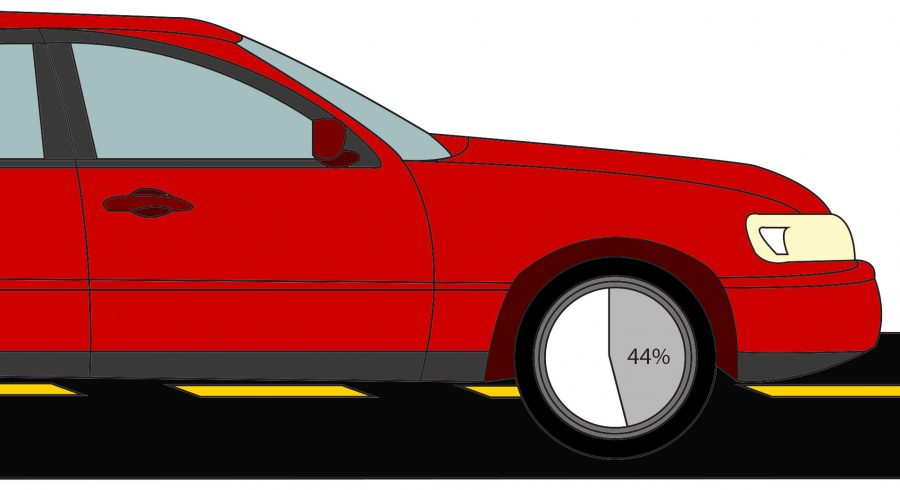 According to the California Driver’s Handbook, driving is a privilege and not a right. How many people actually wait until they have a license to earn that privilege?

Legally, you have to wait until you are 16 years or older and have received a license to begin driving on your own. However, many students at Granite
Bay High School are too eager to wait that long.

Spearin has grown up on his family’s ranch, running the equipment whenever his father is unable to, so he has experience driving tractors and trucks. The extent of his driving remained on his property until he decided to take a risk and go see about a girl who lived about four hours away.

“Around midnight, I grabbed my aunt’s keys, and I drove to where she was,” Spearin said. “I was going fast.”

Once Spearin arrived at the girl’s house, they hung out, got ice cream and talked until 5:00 a.m. the next morning. However, he had to be home by 6:00 a.m. before his dad woke up.

“I was going about 110 miles an hour on the freeway,” Spearin said. “I thought I was going to be fine.”

However, things were about to be not-so-fine. Soon enough, Spearin fell asleep at the wheel.

“(When) I woke up, I was on the other side of the freeway,” Spearin said. “I saw headlights so I jerked the wheel to the right and I flipped the car three times.”

Luckily, Spearin left the accident uninjured apart from receiving a scar from the seat belt, but, his ability to get a license was revoked until he turns 18 years old. Spearin has no regrets regarding his actions.

“Honestly, if I didn’t do it, I would have done something worse.”

Not all students regard their actions as worth the risk. One GBHS senior boy, who asked to remain anonymous, also suffered the consequences of illegal driving in August of 2015.

“I got my license revoked for driving after hours with two people in my car while I was still on my provisionary license,” he said.

One mistake cost him a year of driving privileges.

“It’s not really smart, nor is it worth it because having your license take away for the year sucks,” he said.

The senior boy said he regrets his actions, as they had significant consequences on his ability to drive in the future. Now, he will not get a chance to earn his license until September.

Dillon Ruddell, a senior, had a close encounter with the police for illegal driving at age 16. Ruddell and friends were playing Hostage, a popular driving game consisting of a fake kidnapping, when the police got involved.

“(The police) pulled me over,” Ruddell said. “He escorted me back to the high school and had everyone’s parents pick them up.”

If every parent had not come to pick up their children, the police could have taken his license, but everyone’s parental guardians came to the rescue.

“Instead of taking my license away, (the police officer) just told everyone’s parents that I could have been the kid that killed their daughter or son,” Ruddell said.

Even though Ruddell got to keep his license, the risky incident ruined his relationships with the parents of all the students present during the game.

While some students are brave enough to test their untrained driving skills on the main road, other students choose a “safer” way to drive illegally.

“I drove from my mom’s (house) to my dad’s (house) to get my textbook, and I was like a mile away, so it was not far,” Jordan Bliss, a junior said.

Bliss only made the drive without his license once and never suffered any consequences from it. In fact, Bliss received his official license soon after.
He is not the only one who has gone unpunished or under-the-radar driving.

“Last year, around my birthday, my dad said ‘Let’s go drive,’ and we drove around my neighborhood just for practice,” said Mika Sakata, a junior who does not have her permit nor her license.

Most people don’t realize that driving inside a neighborhood without a permit or license, even with an adult, is illegal. However, many students, like Bliss and Sakata, don’t take this into consideration because the chances of getting in trouble are much smaller than for driving on the main road.

“Unless they’re a terrible driver, (driving illegally) is not too big of a deal, unless they hurt someone,” Bliss said.

Illegal driving is a relevant problem at GBHS right now, whether or not consequences are seen for it. Even though driving illegally may seem like the convenient option in a lot of scenarios, it certainly is not the safe one.