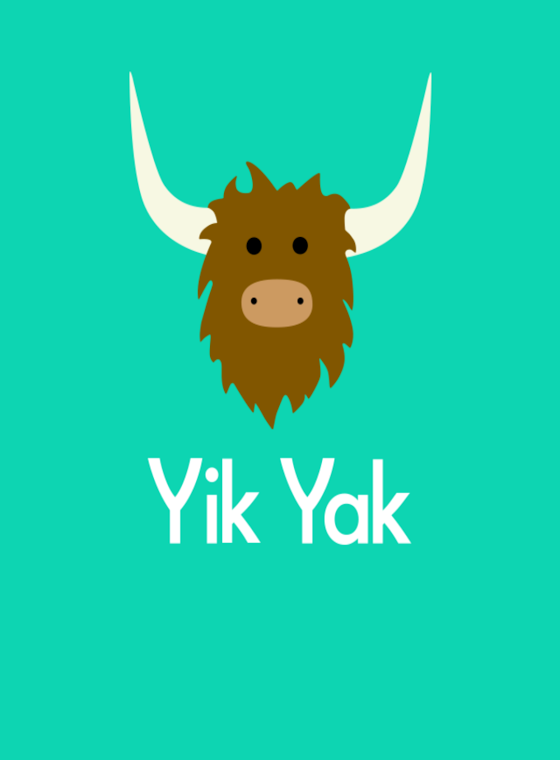 For those with a driving lust of unlimited and completely anonymous cyber bullying, don’t worry – there’s an app for that.

Commonly described as an “anonymous twitter,” Yik Yak is a trending app around Granite Bay. The app uses a phone’s location to determine a five mile radius, then displays posts from the surrounding area. The app allows for users to bypass the process of making an account to immediately get to the step of posting completely anonymous comments to their community.

Cyber bullying is not new, but because of the inherited anonymity of the app, Yik Yak has caused an issue of a new type of cyber bullying – one that does not leave a direct trace.

“The majority of the posts are out of good natured intent, like comedy that you just can’t say on Twitter or something, but what comes along with that is that there will be some bullying that you can’t really avoid,”  junior Kovey Palmaer, an avid user of the app, said.

Junior Nicholas Mastromattei said although there are some harmful posts on the app, there is also a good comedic side to the app. People being able to voice their opinions and comments anonymously can make for a good post; however, the comedy can tend to target individuals.

“It’s difficult because if you knew who other people were, no one would be posting bad stuff on it, but since you can say anything freely, it’s hard to call them out for it,” Mastromattei said.

Because of the complete anonymity, Mastromattei said people are more likely to post something that they do not feel as confident as posting on Twitter.
Posts about Granite Bay High School administration and student government are common, as well as some posts targeting individual students.
Due to the potentially harmful content on the app and because it requires the users location, access to the Yik Yak app is prohibited while on Granite Bay High School and other elementary schools or high schools. Yik Yak is a large attraction on college campuses, however, and users are allowed to “peek” at locations other than their own.

Users are able to “upvote” posts they enjoy and “downvote” posts they do not. Posts that receive five “downvotes” will be deleted from the feed. Someone could potentially delete someone else’s post, if their name was mentioned in it, by getting enough people to “downvote” it.

“At this time, there is no feature that enables one to delete a post or clear a history, since the app is anonymous,” Trish DaCosta, senior account executive of Yik Yak said. “We work directly with local officials when a post reaches a violent nature. We take those issues very seriously and monitor traffic to ensure that any threats are reported to the appropriate authorities, as well as work with officials who contact Yik Yak directly. Users are also able to flag or report certain posts if they believe that it’s inappropriate or threatening.”

Palmaer said if people knew the app keeps the data of a post, even after it is deleted, then it might prevent them from posting insulting comments about individuals.

“They wouldn’t say the things they do if they knew the potential consequences to their actions,” Palmaer said.

Students believe the way Yik Yak is being used is what has made it a negative service.

“I think it’s just embarrassing what our generation has found amusing with social networking and how they’ve turned bullying into a way of enjoyment,” Sam Cusano said. “You can just anonymously bully someone and just make them feel bad about themselves without them even knowing who you are. And you probably don’t even know the person. You’re just bullying them. It’s sad.”