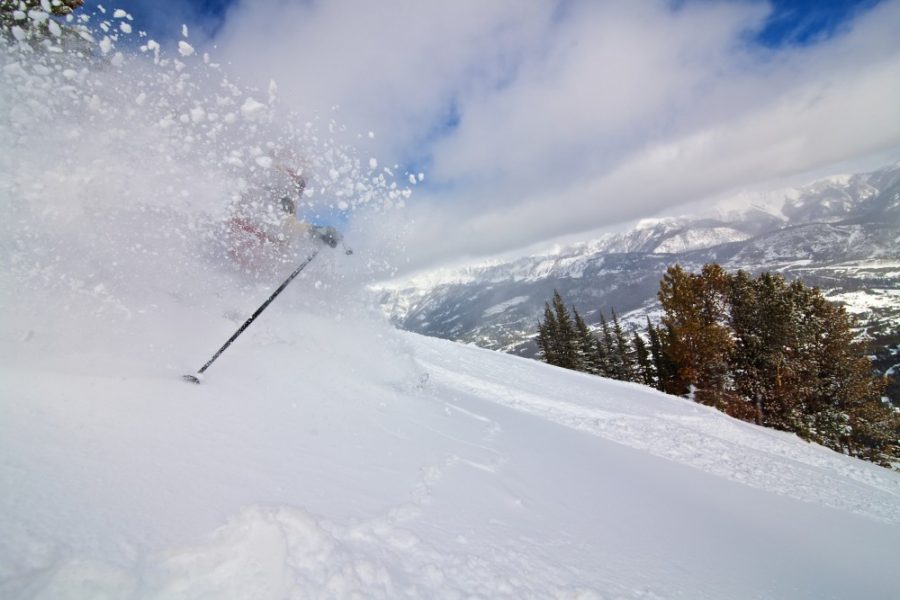 During Winter Break most students look forward to enjoying the holidays they celebrate and catching up on precious sleep. However, exciting activities, especially ones coinciding to the holiday season, become available during this time.

These activities can range from braving the harsh California chill for the outdoor ice rinks and winter sports that open up, to huddling inside with a nice cup of cocoa or coffee.

Bloom, a popular coffee shop located off of Eureka, serves both food items, such as baked goods, as well as the coffee drinks they are most known for.

“I like going to Bloom during the holiday season because it has a very cozy feel and I like their coffee.” junior Arianna Jones said. “My favorite drink is a vanilla latte (and they) have great pastries.”

Their hot cocoa is a great warm distraction from the rainy outdoors during the month of December. Bloom also displays art for sale and features live music.

“Sometimes they’ll have guest singers,” Jones said. “I would recommend this place to other Granite Bay High School students because it’s very welcoming and has great drinks.”

Winter sports are also an enjoyable and entertaining activity for GBHS students.  However, more popular spots such as Northstar or Squaw Valley can be wallet-emptying with prices as high as $80.

“I go to Homewood because it’s close to our cabin,” senior Alex Baldonado said. “It’s a lot cheaper than other mountains.”

Baldonado said he prefers snowboarding rather than skiing because he learned the tricks of the sport first and therefore it comes more natural to him. Snowboarding, as well as other winter sports, can prove calming through both the activity of the sport itself and the scenery.

While snowboarding proves enjoyable for some Granite Bay High School students, others prefer skiing for their winter sport of choice during the chilly months. Junior Claire Raney skis at Bear Valley which also caters to sledding and snowboarding among other snow-based activities.

“I’ve been skiing since I was four and I used to be on a ski team,” Raney said. “ I’ve made friends at Bear Valley through that so now I just like to ski with them on my free time.”

Because Raney has been visiting Bear Valley for many years she has formed relationships with the families.

However, for students who don’t enjoy a trip down a mountainside but still like to engage in athletic winter activities, skating is the perfect option. Ice rinks open outside of Skatetown, The Galleria, Folsom and Downtown Sacramento and cater to skaters of all ages.

While skating can be stressful for some because of the tricky balance required to skate successfully, most of the aforementioned destinations provide walkers for balance.

“I think (it’s) more than the ice skating part,” Islam said. “It’s just something to do with friends during the holiday season.”

During Winter break students have an opportunity to take advantage of their two weeks off of school and the removal of responsibilities that come with high school.

“Winter break is the time when you don’t have school work to worry about,” Islam said. “So you have that time to be free.”