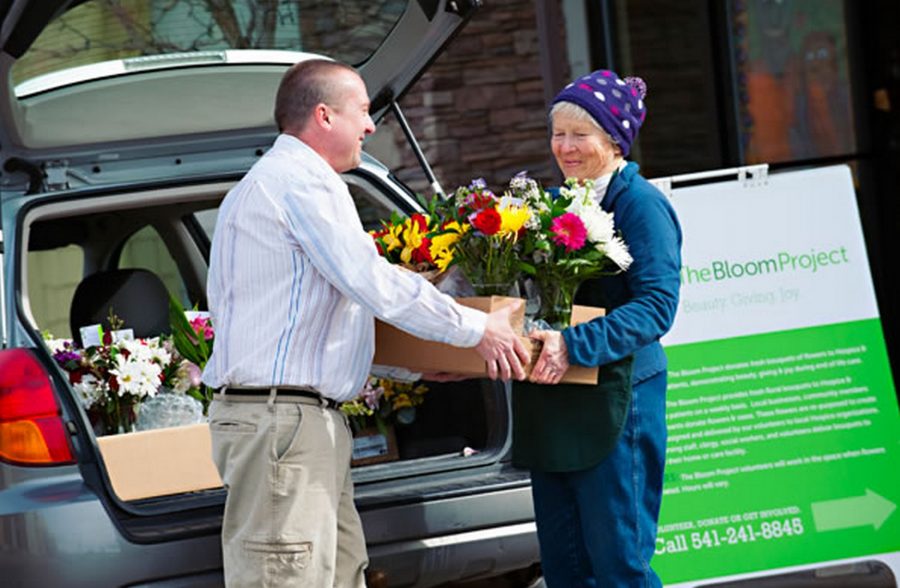 The Bloom Project is a non-profit organization that provides fresh flower arrangements to hospice patients.

The project started in 2007 by a woman in Oregon who experienced the loss of a loved one and realized that she could make use of flowers that would otherwise be thrown away to spread joy to others during a very difficult time.

Flowers that are sold in grocery stores have a short shelf life and if they are not used, they are tossed.

Additionally, flowers that are used for weddings and corporate events are often left behind or discarded when they are still beautiful and could be shared with others.

The Bloom Project currently has locations in Bend and Portland, Oregon, and in 2013 Jennifer Arey started the Sacramento and Placer branch of the Bloom Project.

Arey found out about The Bloom Project through a friend who knew she was looking for either a job, a volunteer opportunity or something to do to give back to her community.

While Arey was searching for the perfect opportunity, her grandmother became very ill. She spent the next year caring for her until she passed away in the fall of 2012.

Having experienced hospice care with her grandmother, she became more interested in The Bloom Project and the joy it was bringing to people with such a simple concept.

After several trips to the Oregon Bloom Project locations, Arey knew it was the right fit for her and the local community.

Since The Bloom Project was launched in Granite Bay in 2013, its 70-80 volunteers have worked out of Jennifer’s garage to produce over 3,000 flower arrangements that are delivered to local hospice agencies.

“All the beautiful flowers we use are donated by local florists and grocery stores, including Raley’s and Walmart Grocery,” Arey said.

The entire project runs off of donated items that include small flower vases, floral supplies and basic cleaning supplies.

“The project’s biggest need right now is a donated or reduced rate space so that the project can grow,” Arey said.

The ideal space would be approximately 1,000 square feet with a water source.

Arey also described her involvement with the project as an overwhelming blessing.

The generous volunteers she has met, the hospice nurses who deliver the flowers to the patients, the thank you cards and kind notes received from the patients families and the total strangers that have financially supported the project have all confirmed that she made the right decision to bring The Bloom Project to the Sacramento and Placer counties.

“The possibilities and lives that can be touched are endless with increased volunteer participation and a proper location to do our work,” Arey said. “We anticipate growth for the coming year and are excited to continue to spread joy to our region.”

Arey also said she likes how The Bloom Project is able to bring the community together.

“What I love most about The Bloom Project is that anyone can get involved,” Arey said. “There is something for everyone, whether it be arranging flowers, collecting and washing vases, sweeping the garage floor, picking up flowers or delivering them to the hospice organizations – everyone’s contribution is making a difference.”

Volunteer Julie Jackson is heavily involved with this organization and helps out at least once a week.

“Working with The Bloom Project over the past year has been such a great experience,” Jackson said. “I love the fact that we’re making a difference in the people’s lives and letting them know that someone cares about them.”

Another volunteer, Lisa Stabbert, is spending her time helping out with this project as often as she can.

“The best memory I have had since the beginning of this experience,” Stabbert said, “is the touching emails that I receive about how the bouquets have brightened their day during such sad time in their lives.”