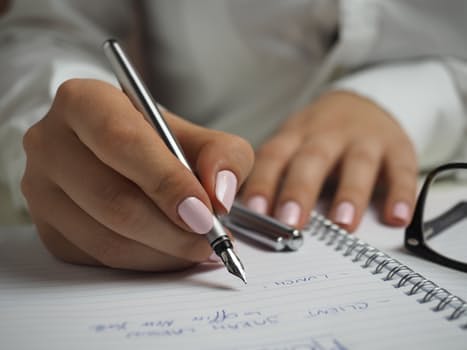 GBHS students currently have four classes per semester; four in the fall and four in the spring.

This opens the window to students “doubling up” on classes. For example, they could take Spanish 2 in the fall term and Spanish 3 in the spring term.

Several GBHS students depend on this flexibility while creating their schedules.

There is a variation of opinions on the benefits and disadvantages of GBHS’s system.

“(For finals) you only have to worry about four classes,” sophomore Pooja Jadhav said. “You have to learn a lot faster and you have to figure things out on your own… (because) the timeframe you learn in is a lot smaller.”

“Cramming a year’s worth of work into one semester usually means that you go through topics and material faster,” Greiss said. “If you miss a day or two, you can end up pretty far behind and sometimes it’s not so easy to catch back up.”

Advanced placement European History and Honors English 10 are currently blocked over the entire year as was AP U.S. History and AP Language and Composition until the 2015-2016 school year.

One disadvantage to having the classes blocked is that many students do not want to take both AP U.S. History and AP Language.

“I think the blocking of APUSH and AP Lang was really effective,” Ladrech said. “The classes alternated days, it was nice to get an extra night in between the lengthy AP U.S. History reading assignments.”

Ladrech still says she would have taken AP US History and AP Language, even if they were not blocked.

“I actually loved the block system because it allowed you to focus on four classes at a time, much like I do now,” Ladrech said. “The pace of the block schedule really helped prepare me for the speed of the quarter system at Cal Poly.”

Although some courses at GBHS are not officially specified as blocked, they are recommended to take over the course of two terms during a school year.

For example, Honors Spanish 4 is recommended to be taken in the fall followed by AP Spanish Language in the spring term to prevent the forgetting of the language.

Similarly, physiology is advised to be taken prior to AP Biology as a means to help with the course knowledge.

Whitney High School in Rocklin operates under a very different schedule than GBHS.

“We’re what some people consider an A-B block, so we have kids carry eight classes for an entire year,” said Jennifer Hanks, an assistant principal for Whitney High School. “(On) day A — we call them odd days — they go to classes one, three, five, and seven.

The next day, they go to even days and they go to two, four, six, and eight.”

Whitney students have the same eight classes all year, which can result in a heavier amount of homework than other schools.

“It is more work… (and) it’s more classes that you have to be ready for, have homework for, and have tests (in),” Hanks said.

Having all eight classes over the year benefits Whitney’s students, too.

They have longer to understand and learn the concepts of their classes, and although they have more work to do, Hanks says that it better prepares them for things like AP tests.

“They have the class all year long, so they’re ready still getting prepped a week before the AP tests,” Hanks said.

GBHS students often struggle with AP tests in May because of the timing with their classes.

If they took the AP class in fall, they may forget the information, and spring AP students have to rush to learn everything in time for the tests because they have fewer weeks to prepare.

Both forms of schedules have their perks and flaws, but GBHS’s appears to be working well for now.

“We do go faster in the classes, but we also have more time to focus on those classes,” Jadhav said.