Vulnerability in the eyes of GBHS culture 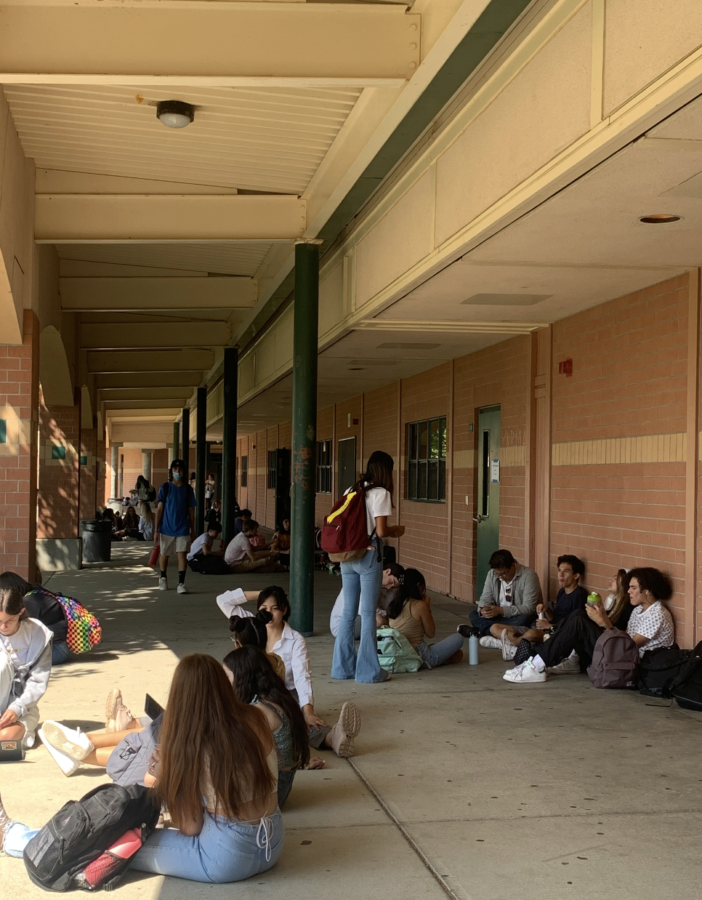 A voice cried ‘mistake’ from within the bleachers and was returned with a roar of laughter.

On the first day of school at Granite Bay High School, a motivational speaker asked the audience of upperclassmen to volunteer degrading labels in which they have been given in their past. The upperclassmen’s response to vulnerability subtly captured the school’s culture and attitude towards weakness.

High school students are all developing mentally at different rates, especially with the possible developmental delays the pandemic has incited, thus creating a spectrum of emotional responses.

“I think it takes a lot of maturity to respond to vulnerability in a kind loving way,” Tamara Givens, GBHS student government teacher, said. “So, I think, this is not to make an excuse for our kids, but our teenagers are growing and learning and figuring out who they are and how to treat people.”

As school culture is the culmination of individual ideas, group ideas, customs, objects, beliefs, attitudes, language, art, technology and traditions, understanding a school’s culture is also an examination of the school’s social development as well.

Aside from school culture, Givens and Tom Healy, a government and economics teacher at GBHS, both acknowledge the importance of recognizing GBHS’ demographic as a vital piece in understanding the response students have when faced with adversity.

“We have 2000 kids and some of these kids, I would argue, haven’t figured out who they are yet and have a very shallow sense of self,” Healy said. “I would suggest that when you have a shallow sense of self it’s pretty difficult to be empathetic, and that’s something I would probably want to focus on – how do we develop a more compassionate, intelligent and humanistic person after the pandemic, but I don’t think it’s fair to state the entire school lacks empathy.”

With students immersed in current school culture on a daily basis, it begs to question whether school culture facilitates the attitude issue which students face when met with vulnerability.

“I think it has nothing to do with who we are as a school, I would actually argue that that’s been cultivated in society over the last ten years and that’s less a Granite Bay issue than it is an American issue,” Healy, said. “This notion of a lack of empathy for people, and an over-reliance on I would say narcissistic behavior, and not necessarily having what I would consider more of a global perspective and communal perspective. That would lend itself towards being more empathetic.”

Adapting to a broader awareness for others has manifested itself as a challenge against standing school culture in the recent past – the rebranding of the student section from the “Tribe” to  “Grizz Nation”.

As a previous Granite Bay Today article focusing on the challenges faced in changing the student sections’ name explains, “tribe” to GBHS students became affiliated with a meaning full of school culture and tradition.

Though the name “Tribe” was intended to bring a sense of unity and togetherness, there were community members calling for the examination of insensitivities that the name denoted.

This act towards inclusivity was met with both positive and negative reactions, due to changing a long-established staple aspect of school tradition.

Challenging time-honored ways and methods, as a study on social change agents in psychology, can prove difficult as habits, anything from attitudes, actions to approaches based on past decisions and commitments, act as barriers to change.

So, as a school that strives for excellence, the natural competitiveness which manifests itself in the school’s culture in which vulnerability and weakness translate as negative characteristics is a standing obstacle when striving for a different outlook.

“I’ve never been to a school in my past where academics are prioritized and have been set at such a high bar, which I think is a good and bad thing,”  Brandon Dolan, a senior and ASB president at GBHS, said.

Though students on campus may experience the pressure of competition and attitude some students have towards vulnerability, this experience cannot be assumed to be the case for all students.

“This is important stuff to discuss but I don’t like making it absolute because it lets other people off the hook,” Healy said. “For example, if it’s absolute and it doesn’t apply to me, I get to ignore the problem, but the problem exists.”

Coming together within the community allows school culture to progress to a state where vulnerability no longer carries a negative connotation.

“I think it’s an assumption that everybody knows how to be vulnerable and also knows how to receive someone who’s being vulnerable,” Amber Clark, newly appointed principal of GBHS, said. “So what people can do at Granite Bay is practice vulnerability.”

Dolan emphasizes how beneficial establishing interpersonal relationships and attempting to understand one another on campus allows students to work towards further cultivating an environment of personal growth and mutual respect.

“It’s a natural thing to do when you hear weaknesses to think ‘oh, they’re not good at that stuff’ or ‘they’re weak,” Dolan said. “Whenever you hear and you see someone talk about their weakness you kind of have to take on a different mindset. In student government, we call it a ‘growth mindset’ where you think about ‘here’s my weaknesses’, but there are now places where I can get better as a person.”

When reassessing one’s mindset in understanding their peers, Clark emphasizes the importance of self-reflection.

“Everyone you see is struggling with something, and if we acknowledge that that’s where the kindness part comes in,” Clark said. “Hurt people hurt people so when someone is acting out, do your best to call them in.”

In moving towards improving school culture, not only is there the challenge of holding one another accountable but also individuals holding themselves accountable.

“I don’t want to let, even good people, off the hook,” Healy said. “Not being part of a solution is being a part of a problem, and even my high-quality kids and my high character kids, they have an obligation to be active in reshaping the culture of this particular society.”

Clark notions towards the results which starting change within yourself can be effective.

“I just think it’s important that the person who is hurting for whatever reason you’re a young adult and you just don’t feel connected, you have to do positive affirmations for yourself,” Clark said. “You can manifest kind energy around you just from talking to yourself the way you would want other people to treat you.”

The student who was received with laughter may have felt called out, but their vulnerable cry catalyzed the call-in for GBHS to reflect on the existing school culture.