Sexual harassment is the problem, but we’re too busy enforcing the dress code 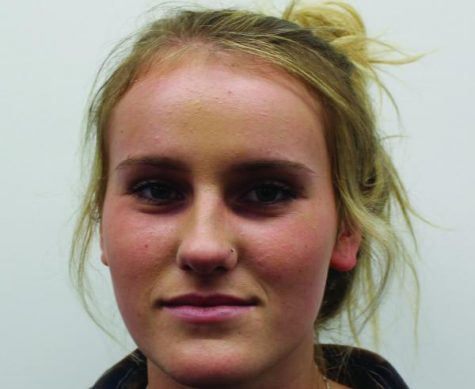 It’s obvious that school dress codes have become a hot topic in the past few years, and they only become more popular as the school years carry on. However, it appears  the intentions behind them have definitely changed.

After reading stories pertaining to teachers being accused of sexual harassment and only receiving a slap on the wrist as punishment,  it occurred to me that victims were receiving more backlash than accused pedophiles.

It appears that each year, not only do new trends come out, but the stories of teachers harassing students are exposed. Then, we get the long speeches of how dress codes will be enforced and taken more seriously during the new school year.

I can’t help but wonder if enforcing a more intense and stricter dress code is a way to cover up and prevent what occurred the year before. If so, that is not a moral way of handling the unjust acts of previous years.

People would feel safer if they were able to walk around campus with a less-oppressive dress code, rather than having to walk around with their neck and ankles covered, trying to avoid the staff member who treated them in a way that was worth termination.

Not only do the victims have to deal with remarks and comments from peers and staff members, but they also have to go to schools where staff members make them feel like because of what they’re wearing, it’s their fault.

It seems there is so much time being put into making, revising and enforcing the dress code. However, I look around and see innocent people still getting harrassed, regardless of what they wear.

If school boards put more time into selecting the right staff members for their schools, would this issue still be happening?

If school boards did take the time to go through the investigating process of teachers being accused, would this problem still be so prevalent on our campus?

Once people consider those questions, it might open the doors to a safer environment for students and staff.

Instead of impositioning students with a dress code that if disobeyed screams “you’re asking for it,” the administration should create an environment where students do not have to face someone who harassed them.

I’m not suggesting that students should get to walk around with inappropriate clothing that exposes us, but I do suggest that staff members need to take the time to consider whether it is the proper repercussion to enforce the dress code, instead of following through on more pressing issues such as teachers putting themselves in inappropriate situations.

As someone who believes in wearing appropriate clothing at school, I also believe in moral punishment.

If teachers who violate the safety of students were being properly punished, then enforcing dress code would be fine. But we’ve been hyperfocused on the former, and that’s contributed to ignoring the latter.

The dress code should not be upheld as an excuse before addressing sexual harassment – because that is punishing the wrong person.