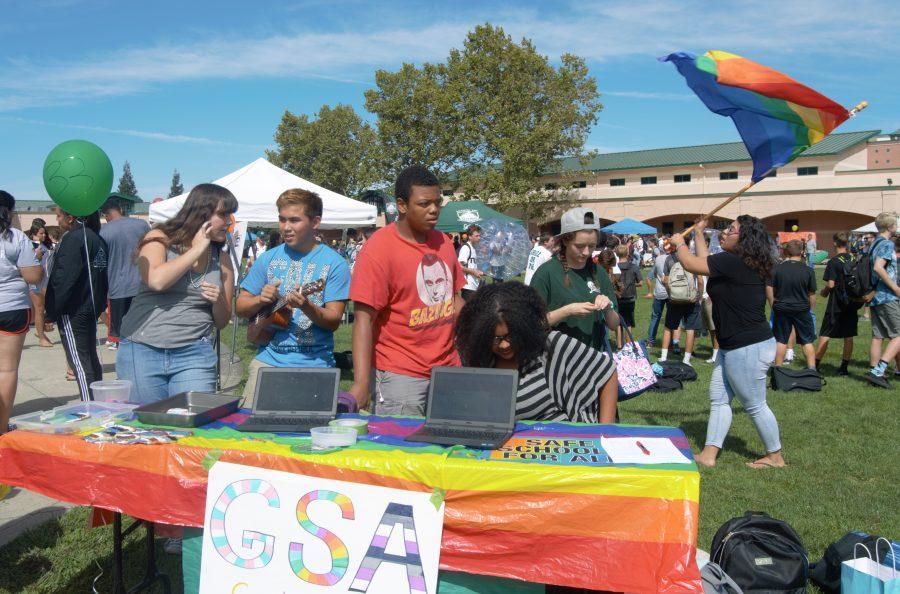 There has been growing controversy surrounding the issue of accommodating transgender students at public coeducational schools.

While schools like Granite Bay High School have been mandated to adapt to transgender students, single-sex and private institutions like Saint Francis and Jesuit high schools have their own policies.

“All applicants to Jesuit High School, as part of the admissions’ process, identify themselves as
male,” Suwalsky said.

Suwalsky said his school’s success does not come from teaching only one gender.

“Our uniqueness as a school comes from our philosophy of education and our religious heritage,” Suwalsky said. “That being said, we know how to teach boys well, and we hope and pray that … they will make decisions that reflect personal integrity as well as a desire to be whom the Lord calls them to be.”

Suwalsky said transgender students are not declined by Jesuit, but students are left to determine their own comfort level with the school.

Dylan Boylan, a Jesuit senior, said he doesn’t think transgender students would feel welcomed by the other students.

“Being honest, most of the Jesuit community isn’t in at the maturity level where everyone could be adults about it,” Boylan said. “I hear plenty of horrible anti-LGBT slurs on a daily basis on campus being passed off as jokes.”

“I am aware of several students who self-identified as transgender,” Suwalsky said. “None of those students sought specific accommodations nor, as far as I know, did they share this personal information with classmates and members of the school staff until ntheir senior year.”

This means that the students didn’t receive any support from their school community, something Marty Kantola, a GBHS 2016 graduate, said is necessary.

“I imagine I would have felt isolated as many other LGBT+ kids feel when attending schools such as (Jesuit or Saint Francis),” Kantola said.

Boylan said in order for his classmates to become more supportive, his school needs to educate its students on transgender history.

“I completely believe that curriculum needs to change to address the entire LGBT+ history because education leads to acceptance,” Boylan said. “Creating the culture of acceptance and respect early on in the classroom can severely diminish the taboo around the topic of the LGBT community.”

“We actually do incorporate transgender history within our ethics classes and openly discuss it during our senior year,” Bushberg said.

According to Bushberg, incorporating and discussing controversial issues makes the schools more accepting.

St. Francis has about 1,200 students, creating a very diverse campus with many different groups for students to be a part of.

“Saint Francis students are very accepting,” Bushberg said. “Everyone ends up finding someone who shares the same interests as them … There is a large group of LGBT students (at Saint Francis) that they can relate to and know they are not alone.”

Nevertheless, some view the separation at these private institutions as unnecessary.

“Gender is such a construct that this arbitrary separation seems kind of silly, especially because people sort of force it on others,” said Elise Ramos, a 2016 GBHS graduate.

Ramos, who does not identify with either the male or female gender, said schools don’t need to be separated by a person’s sex.

“As a nonbinary person, I’m not comfortable with the concept of separation based on gender, which is arbitrary to begin with,” Ramos said.

Suwalsky related the issue to a quote from Pope Francis, who made a speech in response to the integration of transgender students in schools.

“‘Life is life, and things must be taken as they come.’”