Ingesting excessive amounts of alcohol is a popular student pastime 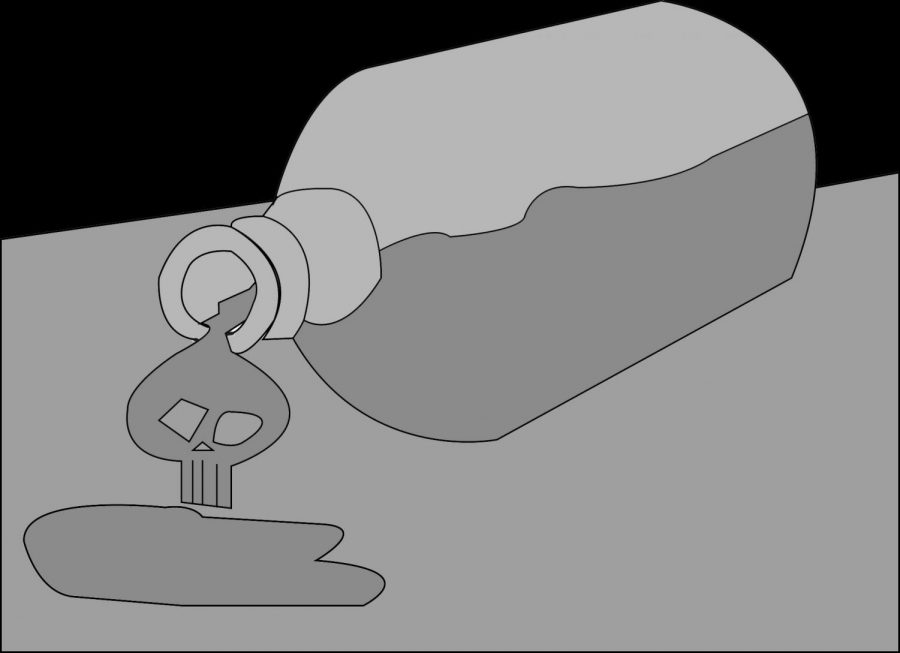 In the United States, 45 percent of young adults have consumed alcohol illegally – and more than half of the time they are partaking in binge drinking.

By definition, binge drinking is when a single person drinks an excessive amount of alcohol in a short period of time.

Thought to be partially influenced by movies and media, underage binge drinking has become more common and can be made out to seem as if it’s a part of growing up.

“Nowadays drinking has become a common thing that everyone just does,” senior TJ Patterson said.

The problem not only lies within drinking itself, but what the excessive drinking can cause – there are negative outcomes to every depressant.

“The last time I was (at a) party I drank because I needed to get away from my problems,” an anonymous sophomore girl said. “I ended up worse off than I was before.”

Ingesting large amounts of alcohol can have a variety of negative effects – and the more a person drinks, the worse the consequences can get.

“At first drinking was just something fun that I could do with my friends,” an anonymous senior boy said. “Now I drink to get through the day.”

Teenage drinking can usually begin through peer pressure and parties.

“I didn’t even think about drinking until I started going to high school parties,” an anonymous senior boy said. “I eventually began drinking just because it became a social normality.”

Teens are commonly subjected to wanting to fit in with their peers and, as a result, they conform to what others around them are doing.

“When I’m drinking I feel like I can do anything,” an anonymous junior girl said.

Alcohol is notorious for being “liquid courage”, which can make it more appealing to people looking for that extra confidence.

Binge drinking can cause a multitude of issues, including the degradation of physical and mental health.

“After a while it would seem like I couldn’t function normally without drinking,” an anonymous junior girl said.

Sometimes parents can contribute to the issue of underage consumption by allowing their children to drink or host parties.
“When my parents found out that I had been drinking, they weren’t as mad as I expected,” an anonymous sophomore girl said. “They were actually glad that I was doing it in their house instead of somewhere else.”

By parents being OK with their child drinking, sometimes that might  encourage their child to partake in drinking more than they would have if their parent hadn’t allowed them to initially.

“I think that there will always be something that teens do that they shouldn’t be doing,” an anonymous senior boy said. “Right now that just happens to be drinking.”