Is the ‘Trump Effect’ a reality? 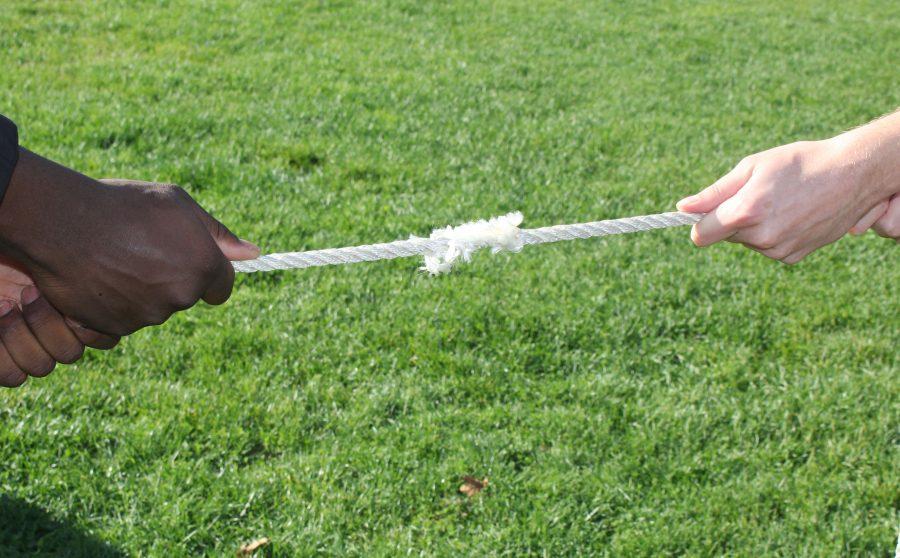 Within the last year, President-elect Donald Trump has been able to pave his way to the media spotlight with his blunt words and candid opinions.

However, while his public voice has catapulted him into politics and the presidential election, some have said it has also pushed many back into the shadows.

But in what ways have Trump’s words affected children and those suffering from mental health disorders?

A survey published by Teaching Tolerance, a project of the non-partisan Southern Poverty Law Center, released a statement claiming that out of more than 5,000 responses to their survey, 67 percent of educators have reported that their students – particularly immigrants or children of immigrants – feel anxious about being sent back to their country because of what Trump has said.

Other claims include an increase in use of the “n-word” even among young children, heightened fears of being deported and an increase of children labeling those of Middle Eastern origins as terrorists and affiliates of ISIS.

This phenomenon, coined as the “Trump Effect,” has concerned parents and students alike.

Granite Bay High School senior Afrah Tahir has had to cope with the “Trump Effect” recently in her family life.

After her sister was told by a classmate she was going to be deported back to Ethiopia, the country her family emigrated from, Tahir has been up in arms about Trump’s assertions regarding the African American community and immigration.

“With adults, they know they can’t say certain things because they understand it can hurt people’s feelings,” Tahir said. “But children don’t have that capability of putting themselves into each other’s shoes … so what children do is say what they believe they should say, which is just parroted from what they heard. The girl who told (my sister that she’d be deported) was really just echoing the news or a radio show. Because of that, I can’t really blame her, but it really does suck.”

Tahir said she has felt a lot of disgust during this past year because of Trump’s rhetoric.

“My sisters don’t understand the impact (politics) has on their personal lives,” Tahir said. “But when a younger child to another child says something (like what my sister’s classmate said to her), it can definitely affect them. It makes them rethink their place in our society, or rethink who they are in comparison to everyone else. It probably ostracizes them … which I think Donald Trump really relies on.”

Presidential candidate Hillary Clinton also contributed to the discussion regarding how children are being treated by their peers by citing the survey during the second presidential debate.

During the debate, Clinton told the story of hateful chants during a basketball game in Indiana and said to the audience, “Kids hear a lot more than we think. Parents and teachers are already worrying about what they call the ‘Trump Effect.’ They report that bullying and harassment are on the rise in our schools, especially targeting students of color, Muslims, and immigrants.”

The Teaching Tolerance survey supports Clinton’s argument. The survey recounts teacher responses: how an adopted Korean student fears being sent away back to Korea and how Muslim students, and Sikh students being mislabeled as Muslim, are being accused of supporting terrorist groups.

Teachers and school administrations across the nation have been trying to help their students cope with the bullying and prejudice.

While classes at GBHS have not explicitly said that they would not discuss the election, some teachers have decided that talking about the election wouldn’t encourage the idea that classes should be safe environments.

“With this particular election, I know that it’s so emotional and so intense,” said Natalie Elkin, teacher of Advanced Placement Psychology. “I stay away from it only because I don’t want to create a space or give kids an opportunity to escalate (their arguments regarding the presidential candidates).”

Especially with how heated debates about Clinton and Trump have become, it’s important for teachers to offer a neutral ground that is acceptable for all students.

“Some kids are emotional about (the election), some kids have only their parents’ perspective on it, some kids have actually done their research,” Elkin said, “but I do not know who those kids are so for me … I just stay out of it altogether.”

Although bullying at GBHS hasn’t been reported to increase, nor has there been many narratives on campus about increased discrimination, there are resources in the case of bullying or feelings of being ostracized.

Programs such as Peer Counseling and the anonymous bullying link on the GBHS website allow students to speak about bullying in confidence.

A similar situation to that claimed by Teaching Tolerance has been rising among adults as well. Many therapists across the U.S. are finding it more and more difficult to help their clients when they are feeling disenfranchised every day.

A therapist of 40 years, and professor of Family Social Science at the University of Minnesota, Bill Doherty has noticed the effects of Trump’s words and has labeled Trump’s possibly damaging ideology as “Trumpism.”

So frustrated with the less than ideal circumstances of the political environment today, Doherty began a coalition against Trump, Citizen Therapists Against Trumpism, with other therapists from around the country.

Doherty states in the Citizen Therapists manifesto his worries and how he believes Trump has belittled the American system of democracy and has become too much of a cult-like fascist leader, using fear and hate to gain supporters.

Unfortunately, Trump’s  degradation of American democracy is an obstacle in a client’s ability to heal, Doherty also states.

“Psychotherapy is about people creating new meanings in their lives, as opposed to being fed lies and illusions from political leaders,” Doherty said in an email. “And it’s about a sense of ‘agency,’ the ability to act and make a difference in the world. These outcomes of therapy occur most readily in a democratic society where people have freedom of thought and speech, and the ability to act individually and collectively to solve problems and improve their world.”

He also mentions how Trump’s influence has forced many of those who sought therapy to regress back into their negative mindsets.

“(‘Trumpism’ is) igniting anxiety on top of the other problems that brought (clients) into therapy,” Doherty said. “For immigrants, (there’s) a fear of being deported or being seen as the ‘Other’ in society. For others, it’s … remembering being bullied or sexually abused or harassed. For some, it’s a sense of alienation from a community that supports a man like Trump.”

Among women, there have been many reports of a growing sense of victimization and apprehension because of the released tape of Trump declaring he has sexually harassed women in the past.

As Doherty puts it, Trump’s admittance to harassing women and criticization of a woman’s looks encourages hyper-masculinity and excuses these actions as normal.

“This is an important effect (of ‘Trumpism’): turning the clock back to a pre-feminist era when it seemed legitimate to objectify women and degrade those who didn’t conform to feminine stereotypes,” Doherty said. “Trump has invited men to be their worst selves.”

Women’s self-esteem will be hurt

“Trump makes it pretty clear that all a woman can be is beautiful,” Costello said. “Given what we know about girls and body image issues, that is not a good thing.”

Among the Hispanic, African American and Muslim communities, there’s a fear of being even more ostracized in the future because of what Trump has said.

“When I was shopping,” Tahir said, “I was literally being followed around, as if I would steal something. I worry that Trump could encourage behavior like that and make something typically unacceptable acceptable.”

However, like the “Trump Effect,” all evidence of “Trumpism” is self-reported which has led to much doubt.

“(It’s all) absolutely bogus, (and) entirely false,” said senior Satgur Maan. “None of that is happening.”

Especially because of the lack of evidence in the Granite Bay community, many don’t believe it’s a large issue.

“This entire situation is blown out of proportion with the media focusing on defaming Trump in order to gain support for Hillary,” Maan said.

Effects could be long-lasting

Regardless if the “Trump Effect” and “Trumpism” are real, many agree that any account of rising tension within and among people is enough to be worried about, along with any possible lasting consequences.

A troubling issue that many fear is that even with a Trump loss, his words have already excused behaviors previously considered inappropriate, such as blatant expressions of racism and sexism. Many believe that these ideologies will continue to grow even after the new president takes office.

“(An effect) is an increase of prejudice among children,” Costello said. “Negative information imprints much more clearly and permanently than positive information. Once these ideas are out there, it’s hard to scrub them clean. It will take a lot of work to undo them.”

“Secondly, we have to really worry about what we’ve learned about how we conduct ourselves as citizens and what it means to be president,” she continued. “This election has been an election unlike any other. If we think about this election as nothing more than a giant civics lesson, it’s been a really bad civics lesson.”