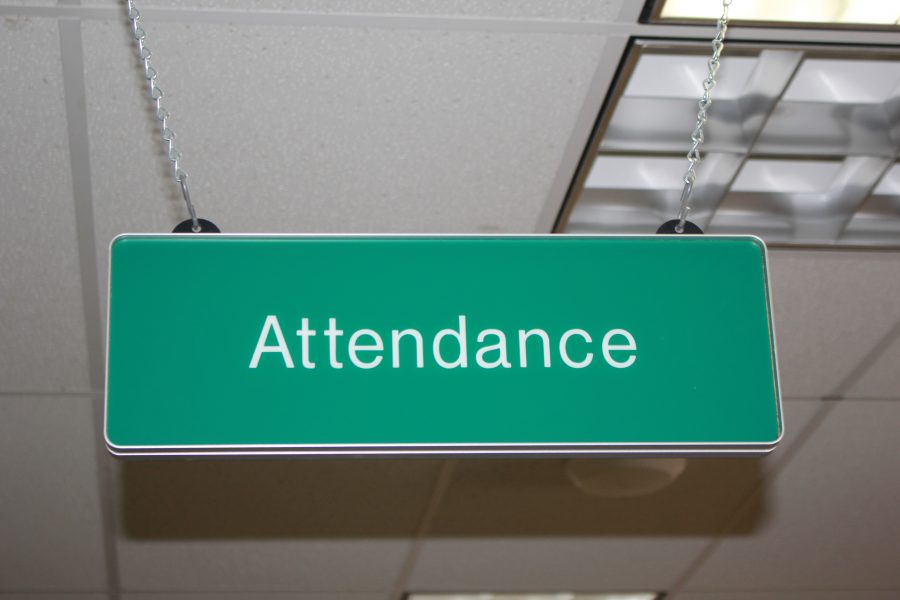 Many GBHS parents have read a letter from the school notifying them of their “student’s excessive absences from school” after their child has missed at least 9 days of one period.

Although this policy seems to be one students are facing for the first time, Assistant Principal Jessup McGregor assured that nothing has changed, at least technically speaking.

“We don’t have anything new,” McGregor said. “We’re just simply enforcing it more than we have in years past.”

The new enforcement of the policy has a few simple guidelines:

According to the letter students receive in the mail, “if (GBHS) does not receive documentation for ALL future absences, (the student)’s absences will be reported as truancies and may result in disciplinary action.”

McGregor, although aware that the letter may be harsh, explains “after nine (absences), that’s a pattern we’re concerned about.”

A continued pattern of absences may lead to disciplinary hearings by GBHS and district authorities and ultimately result in law enforcement involvement or probation.

Deputy Greg Hopping explained that the school hearing is really just to help the student get past any problems and making sure school becomes a priority.

The panel that holds the hearing oftentimes encourages the student to become more involved in school activities.

“Once you feel like you’re a part of the student body, then you’re more likely to come to school,” Hopping said.

But the meeting does end in rigid expectations.

“At the end, once we feel like we’ve identified the issue, the student is put on a contract,” Hopping said. “If they violate that year long contract, then they are subject to another hearing at the district level.”

Hopping said the hearing could ultimately result in law enforcement involvement and probation.

Probation, however, is rare.

“(Students go on probation) mainly when the student is defiant,” Hopping said. “Probation is at the court level.”

Some students though, primarily seniors and athletes, are finding this policy troublesome.

“I’ve had a lot of people calling me telling me this is frustrating,” McGregor said, after acknowledging that the policy was generally unbenounced to the student body. “We’re trying to work with people through each situation, slow down a little bit and give people some transition time.”

Senior and competitive athlete Sammi Tafoya has missed school for illness, college visits and volleyball tournaments, no different from previous years, but she now faces being labeled a truant by the school.

“I heard rumors that the attendance policy was strict but I didn’t think I’d be truant for being sick or for volleyball,” Tafoya said.

She also didn’t know that a doctor’s note was required.

“I didn’t think I needed a doctor to verify my fever or vomiting,” Tafoya said.

Because a doctor’s note is considered excuse, McGregor recommends that all students missing school for medical reasons obtain a note.

He also recognizes that missing school is sometimes inevitable.

“I know that real life happens and you’re not going to be here every day,” McGregor said. “I think that it’s a balance”

Deputy Hopping explains the newly enforced policy with the addition of newer administration.

“Somebody new comes in,” Hopping said, “and they have some new ideas – a new energy.”