Time’s not just up in Hollywood

The revolutionizing national movement continues in the local area 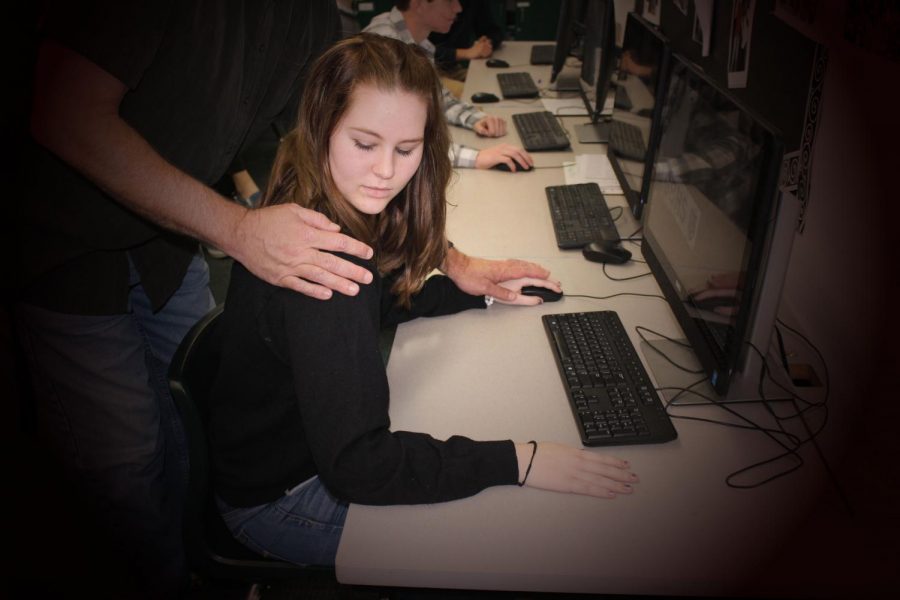 According to the Rape, Abuse and Incest National Network (RAINN), an American is sexually assaulted every 98 seconds. Only this time, it happened here.

Much of the buzz did not pertain to the question of whether or not Mason is guilty, but instead if it was appropriate for the Roseville Joint Union High  School District to initially declare his behavior as something other than “sexual harassment.”

A Sacramento Bee story about the Mason case noted that the district’s investigation had found that Mason had touched a 14-year-old female student inappropriately, pulled up her long skirt to her knee and asked her to call him over the summer to “hear her voice” – and it noted that the RJUHSD investigation did not initially find such behavior to constitute sexual harassment.

Since the district’s initial decision – and since the case’s increased publicity – the district again placed Mason on  administrative leave.

Brad Basham, the district’s director of personnel services who issued the statements, declined to comment on the Mason case specifically, but he did emphasize the steps the district has taken and will take to prevent similar cases from arising.

“District administrators must attend sexual harassment training every two years, district staff are asked to review the sexual harassment policy and post a copy in their classrooms annually, and parents and students are notified of the policy at the beginning of each school year,” Basham said. “In addition, we have added an Anonymous Bullying/Harassment Reporting button to the homepage of our school websites.”

Although the district takes multiple measures to prevent such inappropriate behavior by adults on campus, there are still – clearly – those who refuse to comply.

“I believe there are several avenues to increase (sexual harassment) awareness on campus, including campaigns and assemblies led by student government, integration into the course curricula (i.e. Health & Wellness) and through (school newspaper) articles,” Basham said in an email.

“Most importantly, we must continue to remind students to tell a trusted adult when they believe they have been sexually assaulted, harassed or feel uncomfortable about a particular situation or relationship,” Basham said. “Students need to know their safety and well-being are very important to us and that their complaint will be thoroughly investigated.”

In the wake of the contentious Mason case, other victims have come forth, which begs a range of bigger and more frightening questions: What does constitute sexual harassment? What are its consequences? If children cannot feel safe in the very place devoted to their development, where and who can we trust to take care of them? If it’s happening all around us, how can we prevent it – and how haven’t we already?

“I don’t think (my teacher) was predatory, but (he) was very weird,” the source said. “He would grab my hands. He would always call (certain girls) ‘Princess.’”

In spite of unwanted massages, remarks and uncomfortable nicknames, the senior did not constitute her teacher’s behavior as sexual harassment.

“I don’t think he considered the way his actions affected us,” the senior girl  said.

Even if she did consider his behavior sexual harassment, she said she doubted any actions she could take would make a difference.

“I didn’t feel like it was anything substantial enough to report anyway, but I still wouldn’t have, even if it was more,” she said.

She said there were an abundance of things that ran through her head.

“You stop and you’re like, ‘That’s not normal,’ and then you’re like, ‘Well, I can’t really do anything about it,’” she said. “It’s just what’s expected. If a teacher’s been there for a long time, they have tenure, so it’s difficult for anything to happen to them.”

Another female student, who also asked to remain anonymous, encountered similar circumstances but with a different teacher.

“When I was new to the Granite Bay campus, I had a teacher who was overly friendly,” the girl said. “He never touched me, (but) it was verbal. He would call me beautiful and approachable – things I don’t think a teacher should be able to call you.”

The girl explained how the teacher’s behavior continued throughout the year.

“During classes, whenever there was silent work time, he would call me up to his desk and tell me how much he enjoyed having me in his class, and (how) he wanted me to come back and TA for him really badly,” she said. “I was the only one who would ever get called up, so at first I would think I was in trouble, but I realized I’d never done anything wrong.”

The girl said anytime her teacher called her to his desk, they never discussed anything pertaining to the class or subject. She also said it was known that he had a record of asking “pretty girls” to be his TAs and had a tendency to be invasive in relationships with his TAs.

“I remember him talking about (his TA’s) boyfriend one time (saying), ‘Oh, he doesn’t deserve you,’” the girl said.

So there’s not much doubt that this behavior is creepy at best, is it sexual harassment?

“I would say (his behavior) was just really inappropriate,” the girl said. “I think, definitely, some things that happened were borderline sexual harassment, because it’s really hard to define what that is, since it can be so many different things.”

Although the student did see many of her teacher’s actions as “crossing the line,” she said she still doubted herself and sometimes trivialized the effects of his behavior.

“I think having an authority figure (sexually harass) you makes you think, ‘Oh no, this wasn’t sexual harassment because they’re a respected person, so I’m probably just the one making it weird,” she said.

Principal Jennifer Leighton said that while she can certainly identify with some of the uncomfortable experiences many female students face now, even she did not muster up the courage to voice her discomfort until she was in her 20s.

“I did have several male teachers that said inappropriate and actually quite disturbing, in retrospect, things to me, but I didn’t report these comments and interactions because it never dawned on me that there were caring adults that could help me,” Leighton said. “I want (student victims) to know that I’ve been there and understand the embarrassment involved in being on the receiving end of inappropriate, offensive and/or just plain creepy comments or actions. I also understand how much courage it takes to step forward and stand up for yourself.”

Leighton said it’s important to support today’s movements advocating both victim and perpetrator awareness, such as the “Time’s Up” and “Me Too” movements.

“(The recent wave of female empowerment) has definitely brought awareness and outrage to this issue,” Leighton said. “It’s helped females realize that they deserve to be treated respectfully, and once they see that others have spoken up, it helps to empower them to step forward and speak courageously.”