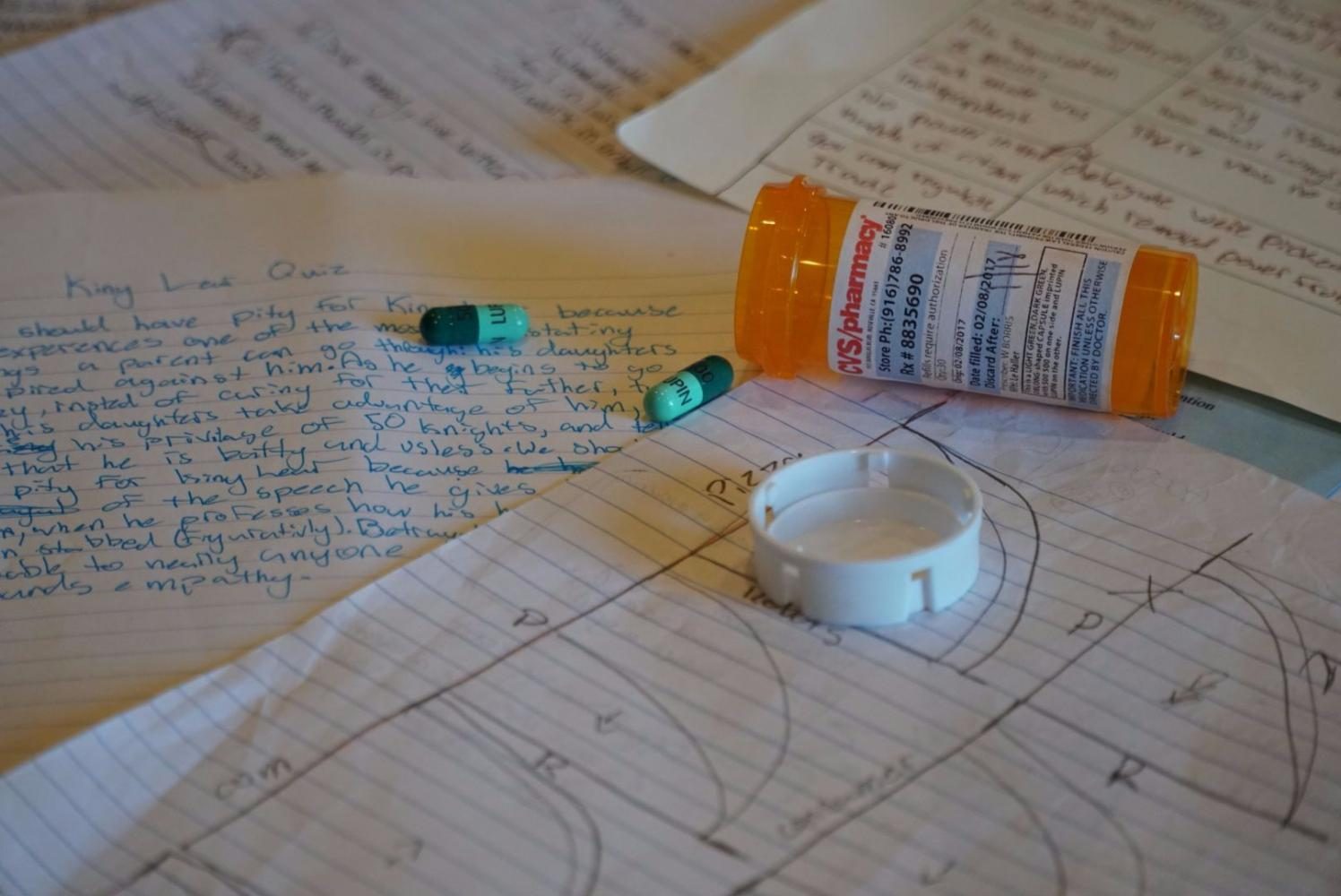 Finals week: students are cramming every last bit of knowledge they can in order to do well on exams that dictate their final grades.

Feeling unfocused and helpless, some resort to taking Attention Deficit Hyperactivity Disorder  medication for which they have no prescription, creating a “smart drug” mentality.

The illegal selling of ADHD medication is something that resource officer Greg Hopping says is present on the Granite Bay High campus.

“I haven’t found (the distribution of ADHD medication) on a regular basis,” Hopping said. “In the last two years there have probably been four to five students I have caught distributing. The other day we found a student who had five capsules of Adderall on them.”

Despite the low number of students caught, Hopping doesn’t doubt there are a number of  students doing it.

“I’m probably only catching 10 percent of a much higher number – there are a lot more than I know,” Hopping said.

When caught distributing the medication, there are significant  consequences for students.

“(When students are caught), I prosecute, because distributing is a felony – it’s a scheduled narcotic that is highly addictive,” Hopping said.

The extent of the trouble you get into depends on what the district office does, and the age of student.

“Students that are over 18 could get booked into the men’s or women’s county jail and prosecuted as an adult,” Hopping said. “If you are a juvenile, you could spend time at juvenile hall, if not you would most definitely be put on probation and their Fourth Amendment rights could be violated at any time with search and seizure, and (drug) testing.”

Hopping added that when students are prosecuted for distributing on campus, they aren’t immune from also being disciplined by the school as well.

“You would be suspended minimally and most likely expelled when charged,” Hopping said.

He warned that no matter what the circumstances are, self medicating is not OK.

“Self-medicating must have serious consequences because sometimes the consequence could be addiction or death,” Hopping said. “Addicts don’t become addicts because they want to, it can come from a self-medicating situation that went bad.”

Jeffrey Applebaum, a psychiatrist and family therapist in Folsom, prescribes ADHD medication frequently. He said there have been patients of  his that had taken the medication before they had a prescription.

“There have been patients of mine that were diagnosed, but their parents were against medication, and the students had resorted to buying from friends to help them, which helped them tremendously,” Applebaum said.

Applebaum said he doesn’t see why a patient of his would sell their medication.

“The kids I see do so good on the medication that they had been prescribed to, so they aren’t going to go and sell those for a few dollars,” Applebaum said.

Despite his confidence in his patients, he still has the parents of his patients monitor the medication.

“I always tell the parents that I want them to be involved in dispensing the medication, so the kids don’t just go and sell the medication,” Applebaum said.

Applebaum explained that there are different uses for ADHD medication, depending on whether the patient actually suffers from ADHD or not.

“Think of  a gas pedal and brake of a car,” Applebaum said. “When you have ADHD, you have trouble controlling the brake. What the medication does is help people control the brake to be able to focus and stay on task more.”

A GBHS senior drop-out, who requested to remain anonymous, said he sold Adderall on campus.

“I sold at least 500 tablets of adderall when I was selling,” the anonymous senior said. “Fifteen to 20 students at Granite Bay High were my usual clients – about 150 tablets were put into Granite Bay from me.

“It was a breeze to not get caught. Honestly, you would be surprised how many kids at GBHS sell drugs like cocaine, weed, molly and Adderall.”

Some of the senior’s clientele, had ADHD and weren’t allowed to take medication because of their parents.

“(The clients) were sitting in their life going nowhere,” the senior said. “Those people actually benefit from it, and … got a real prescription. One person I sold to after getting his prescription now has a 3.8 GPA and is looking into colleges now, something that wasn’t possible before.”

The senior said Adderall use would go down if the teachers were different.

“If some teachers would actually teach the way they should, and not stress students out to the point of feeling that they need help in keeping focus so they can work through homework they were barely taught, maybe less usage would be present at Granite Bay,” the senior said.

The Adderall use at Granite Bay is happening, and the lack of knowledge about the potential harm of the drug contributes to that use.

“The old saying ‘you can lead a horse to water but you can’t make them drink’ is really prevalent in teaching kids the dangers of the medication,” Hopping said. “With all of the preconceived notions about everything, people aren’t going to change what they believe about what’s harmful and what isn’t.”