The NFL pushes through the pandemic 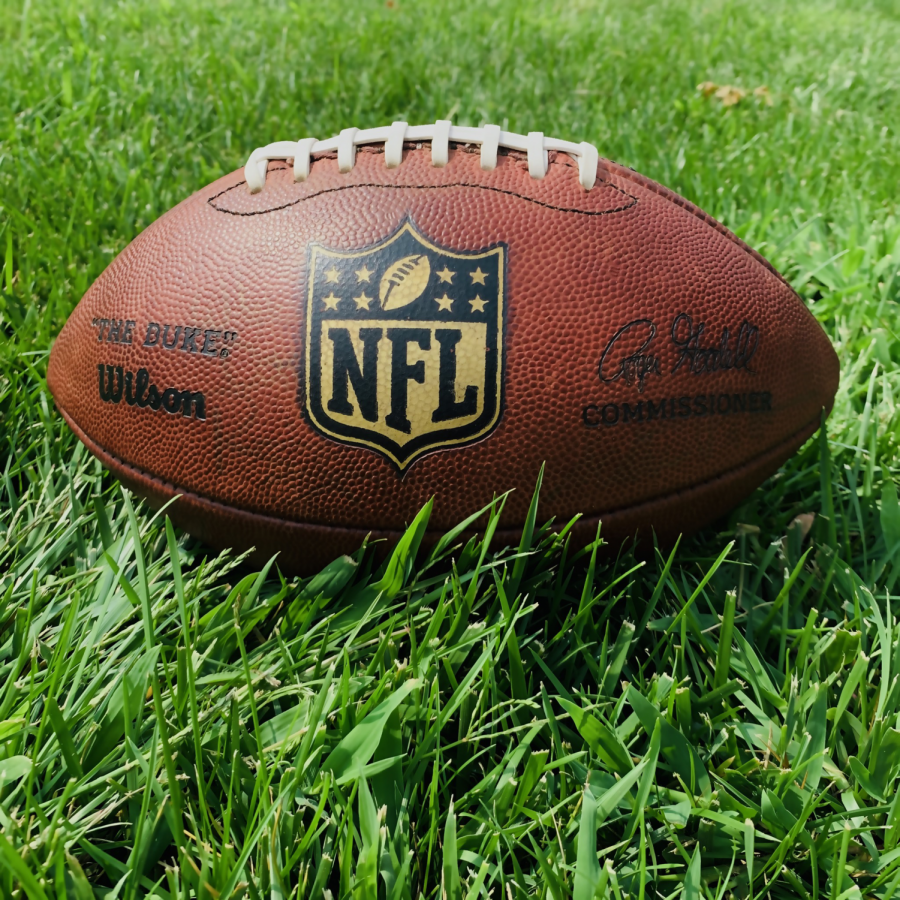 The NFL season hasn't been put on hold, but the fans are being kept at home this season.

As Sept. 12 comes closer and closer, millions of National Football League fans are excited for the comeback of the NFL season. After seven months of waiting, fans everywhere are ready to watch Lamar Jackson break defenders’ ankles, and Derrick Henry run over his opponents.

However, fans may have been waiting seven months for nothing. COVID-19 is still a big problem affecting everyone in America. There are a lot of opinions on whether the virus is going to be the MVP (most valuable problem) for the league, or if it is not going to be an issue.

NFL teams have had to take massive precautions to prevent the spread of the virus during training camp.

In the locker rooms there is glass in between each locker to maintain social distancing between players and masks are required to enter the practice facilities. Players were tested for COVID-19 everyday for the first two weeks of training camp. After the first two weeks the tests were moved to once a week.

If someone were to test positive, the NFL made a statement saying, “If a player tests positive but has no symptoms, he can return to the facility 10 days. The statement also said, “ If the player has a positive test and symptoms, he can return after at least 10 days have passed since the symptoms first appeared and at least 72 hours have passed since he last experienced symptoms.”

Not only does the NFL have a plan if they catch a positive case, but if by mistake a carrier of the virus entered a facility all players and staff are required to wear trackers on their wrist to show who they have been around.

The trackers could tell who has been around that person, making it easier to identify people who may have had the virus infect them.

The NFL is taking precautions to stop the spread of COVID-19, however is football worth the possibility of more cases?

Infectious disease Doctor John Belko is concerned that NFL players won’t obey the social distancing guidelines.
“With professional athletes, there is always someone who will break the rules. All it would take is one person not following the rules to cause an outbreak among NFL teams,” Belko said.

Sutter Doctor Larry Bowen is concerned on how players will be able to keep social distance when football is a contact sport.

“Clearly one cannot play football and social distance. It sounds like they are trying to make it possible to be safe, but at the end of the day football is a contact sport,” Bowen said.

In theory, there should be enough COVID-19 tests so players and coaches can be tested before every game. If the NFL is taking the same precautions they have been taking since training camp, fans will hopefully not have to worry about an end to the season or an outbreak.

Not only could the virus have a negative effect on the health of many people, but the NFL has already seen the impact COVID-19 has made financially.

Carter Chow, a financial agent for high profile players in the league like Jimmy Garappolo and Julian Edelman, has seen first hand how the virus is affecting the financial situation of NFL players and teams.

“With the lack of fans paying to watch games in the stadiums this year, all of the money not coming in from ticket sales will take a toll on the amount of cap space of teams next year,” Chow said.

This means that teams will have less money to pay players next year, possibly leading to big changes in the rosters of teams following the ‘20-’21 season.

COVID-19 has already impacted the way teams are working in their facilities and the financial situation of the NFL, but the majority of people affected by the NFL season are the fans.

Sophomore CJ Herring, a “life long” Kansas City Chiefs fan is not happy with the possible problems the virus could cause for the season.

“I am so used to seeing the big crowds at the games, so without it the games just won’t have the same energy,” Herring said. “I also like going to the games in person so not being able to do that this year is a huge bummer.”

As all NFL fans stay home for the games this year, they are just as accountable for the outcome of the season as the NFL is. In order for next season to be back to normal, like the NFL has it is important for fans to remember to follow the social distancing guidelines to stop the spread of the pandemic.