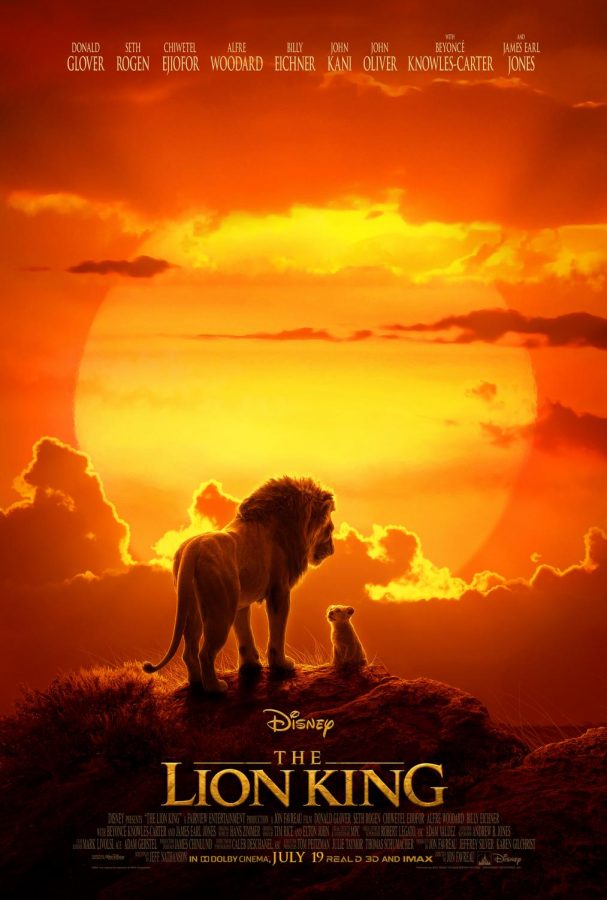 The 2019 live action remake of the iconic animated Disney movie has been in theaters since July.

The Lion King live remake (2019) of the 1994 version surprised and disappointed me at the same time.

I expected it to be more like the original, particularly with the characters. I couldn’t tell the difference between the lions because of how similar I thought each one looked.

Scar’s CGI fur was disappointing, since in the original animated movie his fur was quite dark. In the live action, he looked slightly darker than his brother Mufasa. This came to annoy me, as I couldn’t tell if the character was him or some other lion.

However, the movie surprised me with how accurate it was with some scenes right out of the animated original.

Being a remake, I expected it to be more accurate to the original. Some scenes were very disappointing, because I couldn’t really tell what was being recreated.

It was kind of like trying to figure out what part of the movie the live action was at, because it was so different. This was not necessarily bad, it just caused confusion.

Though, despite the confusion in the plot timeline, I did like how the characters were portrayed.

Scar’s design may have caused me to be confused, but  I did like how his personality was practically mirrored with the original. He was just as devious, loathsome, and corrupt as in the original.

I also liked Mufasa, his character was shown as heroic, loving, and daring as in the original.

This is what mainly brought it all together. It makes up for the design confusion and makes the film complete.