The language of Islamophobia 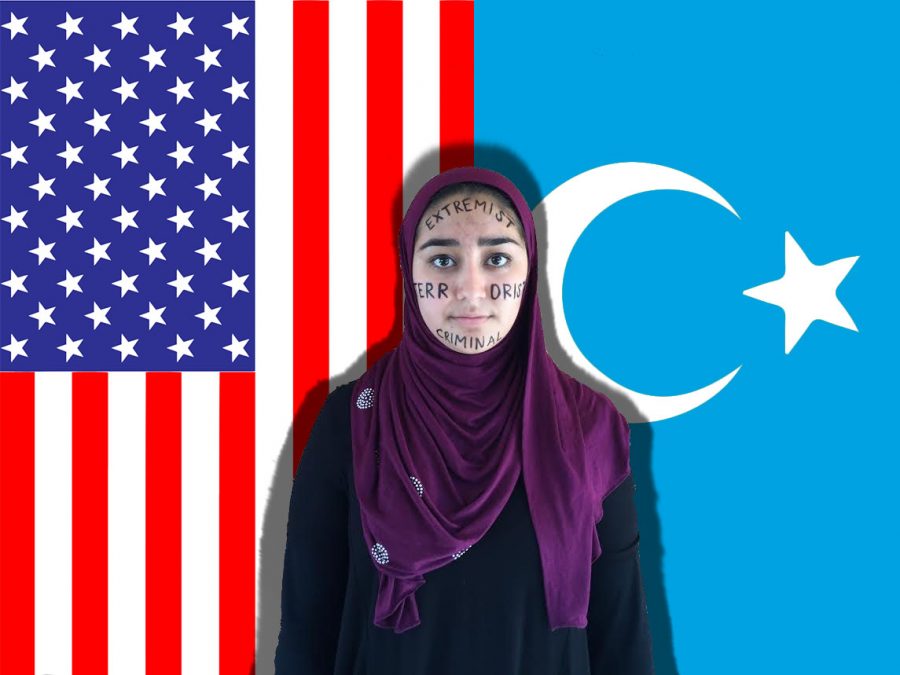 “Islamic extremist” is often used as a synonym for the word terrorist. Since the Sept. 11 attacks, it has become a part of our political vernacular. However, people often have trouble separating the “Islamic” portion of the phrase from the “extremist”, leading to the now-common issue of Islamophobia.

The fear of Islam and its people might appear to be an issue of the past, simply irrational paranoia brought on by post-9/11 propaganda. Yet in America today, people of the Islamic faith are subjected to bigotry on a regular basis.

Recently, Ahmed Mohamed, a 14-year-old boy attending MacArthur High School in Irving, Texas, was arrested for bringing a homemade clock to school because his teacher thought it was a bomb. Mohamed was consequently detained and questioned by several officers.

Despite several attempts by Mohamed to tell the officers that his creation was a clock, not a bomb, they still did not believe him.

“We attempted to question the juvenile about what it was and he would simply only tell us that it was a clock,” officer James McLellan told CNN.

Although the officers had no reason to be suspicious of Mohamed, they chose to question him without his parents being present, and without any basis for their claims aside from the conjecture of a high school teacher.

While the outcry on social media sites such as Twitter, with the now-famous hashtag #IStandWithAhmed, shows a much more progressive America, the truth remains that a young Muslim boy from a small city in Texas was profiled based on his beliefs.

But is Islamophobia an issue on our campus?

“In eighth grade, I dressed up like a motorcycle rider,” Mahmoudieh said. “So many people told me, ‘Oh, he’s a suicide bomber. Get off of our campus.’”

Later, in ninth grade, he experienced another bout of discrimination.

“On the anniversary of 9/11, two people grabbed me from behind and made a show of patting me down,” Mahmoudieh said.

This incident is not the only time in which a supposed joke or prank was in poor taste toward Muslims on our campus.

On the most recent anniversary of 9/11, a Snapchat taken by a student made its way around social media. The picture was of a flyer for the GBHS Muslim Student Association; it had been overlaid with Snapchat’s 9/11 geotag (an illustration filter.)

Junior Zainab Chaudhry has also experienced this type of bullying, but never at Granite Bay.

“(Throughout) first through sixth grade, I was bullied,” Chaudhry said. “I was forced to take (my scarf) off. People physically came and tried to take it off, which hurt me, too.”

After moving from Arizona to California, she expected change. Unfortunately, she met similar circumstances.

“When I came to California (about two) years ago, bullying hit me again,” she said. “It was brand new and no one was accepting. No one would let me sit with them during lunch.”

Chaudhry attended Robert C. Cooley Middle School, where she faced discrimination from both teachers and students.

“When I came here I was accepted,” she said, “and it was wonderful.”

Ostensibly, only a small minority of GBHS students portray Muslims negatively, according to senior Rawan Khalili. Unsurprisingly, some media outlets continue to act similarly to that minority.

Khalili noted her faith’s misrepresentation in the news.

“There’s a lot of people who manipulate the religion and unfortunately, those are the ones who are in the media most often,” Khalili said.

And the more this misrepresentation is presented as fact, the more colloquial it will become.