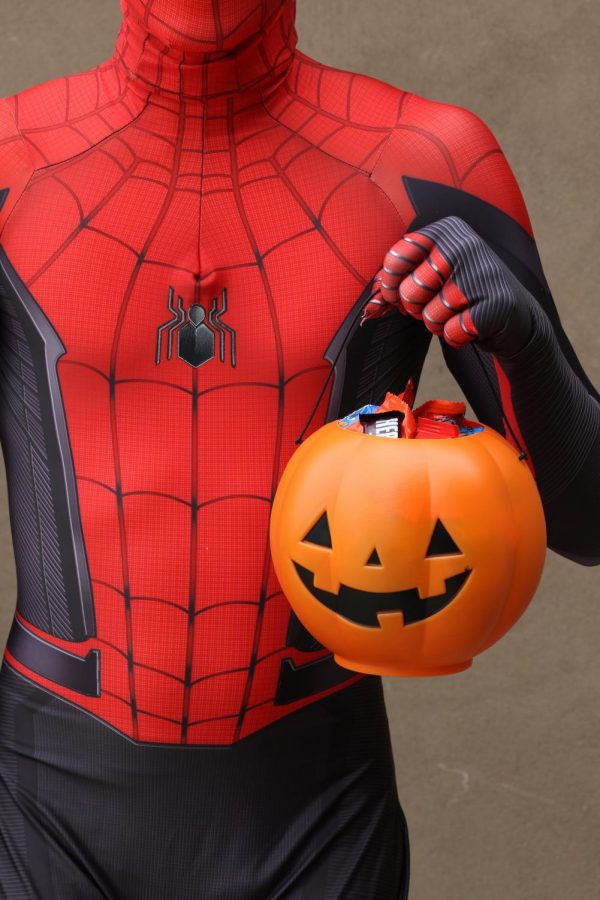 Being in high school doesn't stop many GBHS students from going out and participating in neighborhood trick-or-treating or dressing up.

While trick-or-treating at Granite Bay High tends to receive a snub when Halloween comes around, a group of students want to end the stigma.

Whether it’s dressing up and going door to door for candy or just staying in your costume at home to give out candy to the little ones, participating in the time-honored tradition doesn’t have to include an age limit.

“I don’t think it’s weird to go trick-or-treating at all,” said junior Erin Basca, who is planning to mimic an old medieval priest.  “I like to dress up, it’s one of the (best) parts of Halloween.”

She says that even if she can’t go trick or treating this year, she’ll absolutely stay at home and do her part in distributing cavities to kindergartners.

Despite your grade or size, Basca believes that as long as you’re enrolled in K-12, you should be fine. “People are just trying to have fun, so let them do it,” she said.

While Basca is able to dress up because of her shorter stature, this obviously isn’t applicable to the entire student body. What about those who dress up despite having an older appearance?

“I see it as a better alternative to partying or anything you shouldn’t be doing on Halloween,” said senior Blayke Wilkerson, who went trick-or-treating last year and plans to do the same this year. She says that there shouldn’t be any sort of age limit on the holiday.

“If people are giving you weird looks, just don’t worry about it. Just have fun, that’s all that matters,” Wilkerson said.

Not only does Wilkerson participate in the tradition, but she even takes it a step further by participating in cosplay, which is much like dressing up for Halloween, but instead with much more attention to detail in costumes. They are typically handmade rather than purchased from companies.

The majority of cosplaying takes place at conventions such as Comic-Con and E3. Locally, we have SacAnime as a way for those who are enthusiastic about dressing up to express themselves.

“I’ve been cosplaying since 2015,” Wilkerson said. She participates in nearly every SacAnime, including miniature events it throws called micro-cons.

However, there are those who just like to dress up without going around their neighborhood begging for sweets. Many use this time to instead rendezvous with friends.

Senior Keaton Brasse loves to attend costume-centric parties in particular. There, students will host anything from spookily-themed decorations to entire costume contests with both monetary and sentimental prizes.

“I don’t know if I’m going to go trick-or-treating, but I’m definitely going to dress up,” Brasse said. Much like both Basca and Wilkerson, the dress-up element of Halloween is a must-have.

While Brasse might not be trick-or-treating this year, if the stars were more aligned, he said he most likely would. “Halloween happens to land on a school night this year though, so I’ve got to stay rested,” Brasse said.

Even if he isn’t on the streets soliciting strangers for sweets, he enjoys the multifaceted cultural experience and likes to see what others can come up with for their costumes.

“If you’re in the Halloween spirit,” Brasse said, “Let us hear it.”