Teacher tenure is misunderstood in California 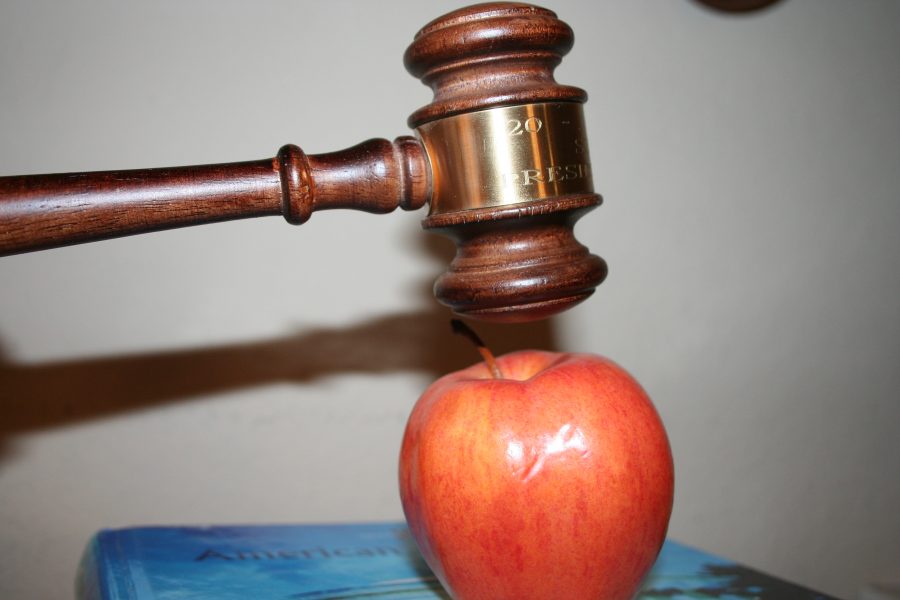 The judge of Vergara v. California ruled in favor of the schools. The schools are now headed to the Supreme Court in hopes of setting a nationwide precedent.

The idea of teacher tenure is widespread in California, but according to Advanced Placement United States Government teacher Jarrod Westberg, it’s more of an abstract concept.

“There is no tenure in the state of California — there never has been,” Westberg said. “You keep hearing the word ‘tenure’ (but) it’s more of a political thing than anything else because there actually is no (official) tenure.”

There is, however, permanent status in California protecting teachers after their second year of teaching.

According to Williams, a first-year teacher is referred to as Probationary 1 and Probationary 2 in their second year. During these first two years, the teacher must be evaluated twice a year and can be fired for any reason at any time,

As the representative who fights for teachers’ rights, Dell’Orto said he’s a proponent of due process, but the system needs to be reformed.

“The idea (of teacher tenure) is that our job is one of those kinds of jobs that can get really, political real quick,” Dell’Orto said. “If you pissed off one of the parents … back in the 40s and 50s, … you’d find teachers sometimes getting moved, sometimes getting fired (or) let go … So out of that grew a whole bunch of different kind of job protections.”

Permanent status was one of the protections that passed. The purpose was to protect teachers from being fired because of a disagreement with parents or administration.

“If you’re doing your job as a teacher, they can’t just let go of you because you’re not doing exactly what the principal wants you to do or exactly the kind of testing they want you to do,” Dell’Orto said.

Given its nature, Dell’Orto said teaching is one of the easiest professions to perform at the
“mediocre” level — and get away with it.

“It’s frustrating to know that some of us are working really … hard … and other people are coming in, showing a video … (and) are out by 3 (o’clock) every day. (And they’re) paid the same amount on the same scales,” Dell’Orto said.

But conversely, he said teaching is one of the most challenging tasks to perform well every day.

“It’s one of the more complicated, more complex jobs to really to do super well all the time,” Dell’Orto said. “Any given class you’ve got 45 different versions of learning styles and to really do what every one of those kids needs as best as you can is next to impossible.”

However, according to Dell’Orto, it can be difficult judge how well a teacher is doing based on their students.

“When it comes to education of kids it’s harder because you’re in essence talking about a clientele that has their own will,” Dell’Orto said. “You can teach your heart out and they can say ‘I’m not going to learn.’”

For this reason, deciding whether a teacher is “good” or “bad” is complicated.

“If we could find a way that legitimately is able to evaluate how the actual in class presentation is going, what the teacher has created, not necessarily what the students end up doing because the students are variables on their own, then most of us like me would be fine saying do away with (tenure),” Dell’Orto said.

Based on the extremely broad range of teaching ability and dedication, Dell’Orto said he thinks there should be a difference in salary and tenureship for teachers, based on their performance.

“I would love to have some level of differential pay based on … hard work … that would be great,” Dell’Orto said. “(But) I know of no system out there right now that does that really well.”

However, with this performance-discriminating phenomenon comes a major obstacle: what defines a teacher’s “performance”? It could be a number of things, including their students’ test scores, their physical talent in the area of teaching, or mere toil in the classroom.

Westberg added that these experts are extremely hard to find.

“There’s no AP ‘Gov’ expert in the district that could come evaluate me,” Westberg said. “(And administrators) are not experts.”

Westberg said there’s a common misconception about teacher tenure. He said not many people — including school officials — truly understand the intricacies of tenure and its bureaucratic tendencies.

“No administrators … know how to go through (the process of firing a teacher),” Westberg said.

He described the process of extricating a teacher as “really lengthy (and) long.”

For several months, the evaluator has to attend the teacher’s class, note what they do wrong, then give them numerous opportunities to change before terminating their employment.

Dell’Orto said there are several ways that a teacher can start to be investigated. If the administration notices a pattern of complaints against a particular teacher, they will alert the teacher of the problem and then begin to reevaluate them.

“If (a teacher gets) consistent bad evaluations – if the person doesn’t fix their problem … then after a while the district can start to move towards dismissal.”

According to AP Literature teacher Jenny Padgett, the purpose of teacher tenure is not protect bad teachers, but ensure a teacher’s intellectual freedom in the classroom.

“Teacher tenure gets a bad rap,” Padgett said. “It’s this idea that we’re hiding all these bad teachers and we’re not accountable and we get tenured and quit teaching … It is more difficult and there’s protections, but you absolutely get rid of or work with a teacher who … needs to be brought along.”

Padgett said that it’s up to the administration at the school to enforce a system of accountability with teachers, and GBHS has had a historically poor record of keeping teachers accountable.

“If you’re a new teacher, you have to be evaluated every year and after that it’s on a two or three year rotating basis,” Padgett said. “I’ve been here 14 years and I’ve never had an administrator in my classroom the entire period to watch me teach, and it’s only been a smattering of coming in and then they’re scrambling, so … no one’s watching, no one’s administering what’s happening in the classroom.”

Padgett said she believes the reason tenure exists in the first place is to protect intellectual property and to protect teachers who want to have the freedom to teach what they know. According to her, tenure defends her right as a teacher to teach controversial pieces of literature without being fired because an administrator or parent finds it offensive.

“Think of the Scopes Monkey Trial,” Padgett said. “He went to court for teaching evolution … that was a pre-tenure situation where someone could lose their job for teaching something in their subject.”

Despite controversies surrounding teacher, Padgett said she believes that the intent behind it is important.

“Tenure protects (a teacher’s right to teach) … and that’s still a good purpose,” Padgett said. “The good that it does outweighs any sort of boogie man of ‘we’re housing bad teachers behind this protection.'”

According to Dell’Orto, there are several ways that a teacher can start to be investigated. If the administration notices a pattern of complaints against a particular teacher, they will alert the teacher of the problem and then begin to reevaluate them.

“If (a teacher gets) consistent bad evaluations – if the person doesn’t fix their problem … then after awhile to district can start to move towards dismissal.”

Teacher tenure does not guarantee that a teacher can’t be fired, but there is an extensive process to dismiss a teacher, according to Dell’Orto. The district must document the process, ensure the legitimacy of complaints, and what exactly the issue with that teacher is.

“You can’t get rid of a person who’s a bad teacher in a month,it would take a year to a year and a half,” Dell’Orto said.

“I’ve never had a parent in my career complain that I gave too high of a grade to their kid,” Dell’Orto said. “Some of the easiest teachers in our district never got a complaint because the kids are happy they don’t have any homework, the parents are happy they have good grades, and the teacher’s happy because he doesn’t have any complaints or anything to grade.”

According to Dell’Orto, parent complaints are relatively common among teachers who push their students harder. Other means of assessment include student performance on tests and in the classroom, but Dell’Orto said, it can be difficult judge how well a teacher is doing based on their students.

“When it comes to education of kids, it’s harder because you’re in essence talking about a clientele that has their own will,” Dell’Orto said. “You can teach your heart out and they can say ‘I’m not going to learn.’”

For this reason, deciding whether a teacher is “good” or “bad” is complicated.

“Tenure is there to keep people from being fired for the wrong reasons,” Dell’Orto said. “The problem is we haven’t found a right way to get around that.”