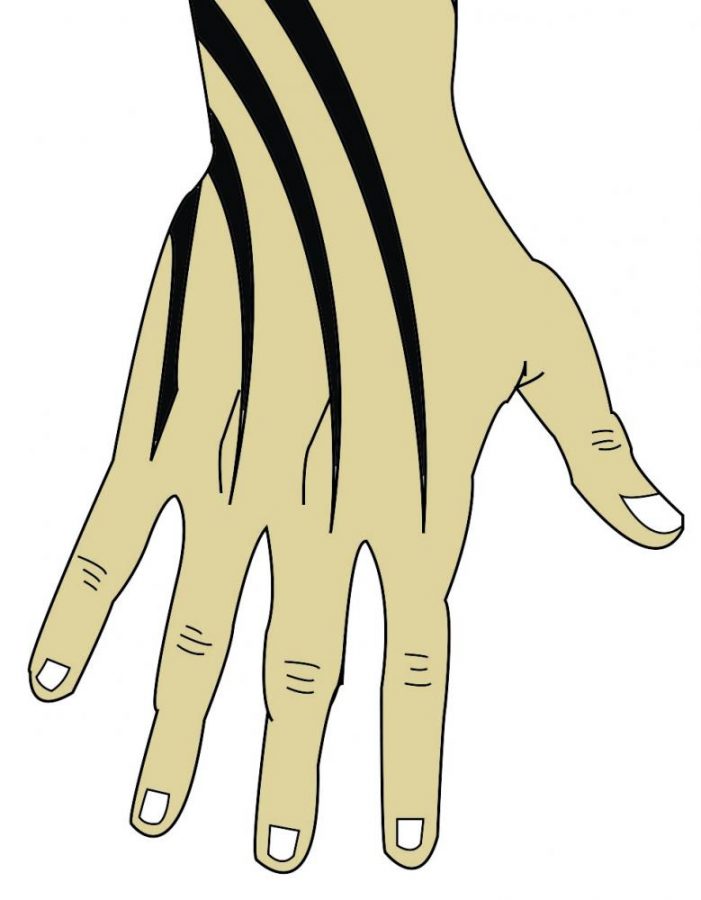 Teens today are told to express themselves. They do it through funky jewelry, 90s grunge style clothes, and dramatic makeup—all of these which are temporary.

However, that doesn’t appear to be enough for today’s teens. Self expression has shifted from temporary and easy to change, to permanent and unchangeable—tattoos.

A study conducted by the Pew Research Center concluded that “36% of Americans between the ages of 18 and 25 have tattoos.” A statistic that would make some baby boomers freak.

“I think it’s a trend,” said senior Addie Follet, “when we’re all forty and have kids [and]  tattoos aren’t in, then no kids are going to get them.”

While most trends come and go with little to no lasting affects, tattoos pose the problem of a permanent reminder of that specific trend.

For those who are wary of the permanence of a tattoo, have no fear. Stick and Poke tattoos are also emerging amongst today’s teens.

“It’s made with India Ink and only lasts for two years,” said Follet of her stick and poke tattoo which she received from her friend who is a practicing tattoo artist.

Follet thought she might regret the permanence of a real tattoo so chose to go the temporary path of a stick and poke or what is commonly referred to as a “prison tat” jokes Follet.

Others however are quite certain they want their ink on their bodies forever.

“My dad thought it was cool,” said senior Sydney Esposito, “and encouraged me to embrace my individuality and be different.”

“I didn’t tell my mother because she hates tattoos and told me never to get one because they are just a trend and when it goes away the tattoo will still be there.” said Esposito.

Esposito traveled across state lines to Nevada in order to get her tattoo. Because she was under the age of 18, and because California law prohibits minors to receive a tattoo without a parent present, she went to Absolute Tattoo in Reno, Nevada.

This appears to be the new trend for California teens who are too eager to wait for their 18th birthdays to get inked up.

“I’m very impatient but I’m definitely going to get another when I turn 18 in California.” said Esposito.

While Esposito knew she definitely wanted a tattoo, Follet is still unsure what prompted her to get her stick and poke.

“I didn’t really have a reason, I wish I did,” said Follet, “I knew it would be gone in two years.”

Follet’s parents were fine with her underaged stick and poke when they realized it was not permanent.

Other students’ parents were not only fine with their minors getting inked, but embraced it.

“I planned out my tattoo like six months prior to actually getting it and [my mom] was perfectly fine with me getting it.” said senior Kenzie Montoya, “I [had] just turned 16.”

Montoya got her tattoo while on vacation in Hawaii.

“There is no legal age you have to be Hawaii,” said Montoya, “you just have to get a parent or guardian consent, so my mom and aunt went with me to get it.”

Montoya describes her experience as super easy and quick saying she was “in and out of the place in five minutes.”

So, it would seem that more and more students on campus are getting inked. As many seniors are on the edge of turning 18, going out of state to get tatted seems to be second to just waiting until their big day explains Esposito.

“It just has become more acceptable,” said Montoya, “to get tattoos at younger ages.”