Students recognized for excelling at SAT 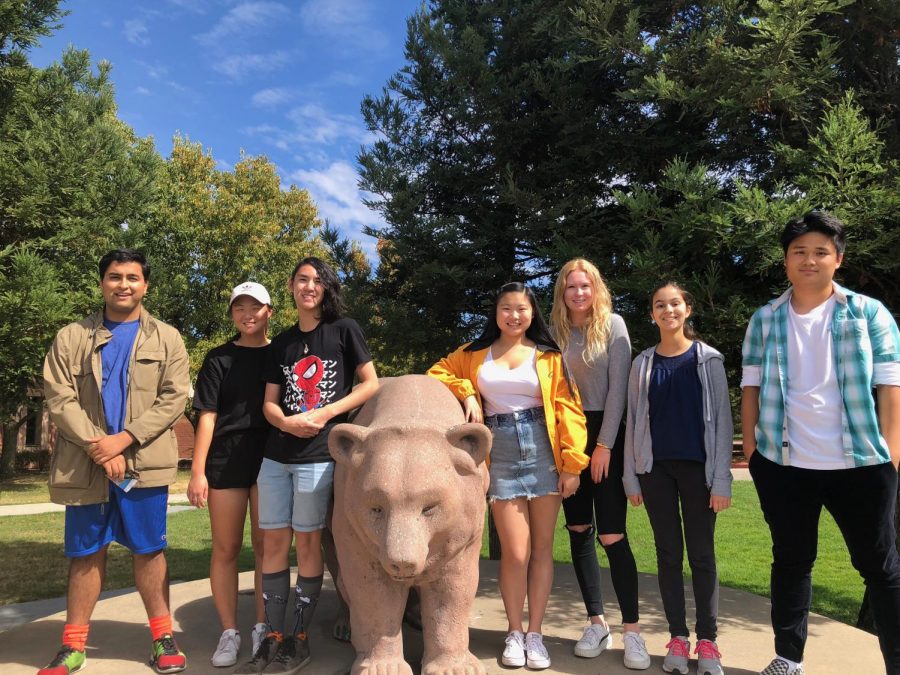 Each year the best students in the country are recognized for their outstanding PSAT scores.

Normally it is a big deal when a school has one or two of these students, but this school year, Granite Bay High has seven.

National Merit semifinalists are  selected on the basis of their PSAT scores during their junior year and are the highest-scoring students in each state.

Last year, the PSAT scores at GBHS were ruled invalid because of testing irregularities – because of an administrative error,

students took a version of the PSAT that had already been offered nationally..

As a result, students were instructed to submit their SAT scores instead to qualify for a possible National Merit award.

“After the PSAT test got cancelled, I didn’t really know what to do at first,” Yung said. “However, the school administration was super helpful about how to alternatively submit an application to qualify for National Merit.”

After having their SAT scores assessed, the seven students were notified they were semifinalists by a hand-delivered letter from principal Jennifer Leighton.

“I was slightly confused when I first got the letter calling me to the principal’s office, but there was a little note attached saying ‘Don’t worry, it’s nothing bad,’ ” Hansen said. “I was pretty sure it was for the National Merit recognition.”

Other students were also not so surprised.

“It was cool getting the letter, but in reality we all kind of knew we qualified,” Yung said. “There’s this pretty complicated minimum score that you have to exceed if you want to qualify, and it all depends on your state. Every year California has one of the highest scores you need, probably because of Palo Alto, Fremont, Los Angeles and a bunch of other high-achieving areas, and so the minimum scores have recently been increasing.”

The next step is to submit an application to see if the seven students qualify to become a finalist.

“I have to submit my online application and write an essay and get a letter of recommendation from Leighton,” Jang said.

If chosen as finalists, the students will receive scholarship money they can put toward the college of their choice.

“I’m hoping I do become a finalist,” Hansen said, “because I would receive a half-tuition scholarship to USC, since I named it as my first-choice college.”

Around 16,000 semifinalists are chosen, and from those around 15,000 complete the application process to become finalists. About 7,500 students receive a single-payment scholarship of $2,500, and some winners qualify for more generous, multi-year awards.

“We haven’t had a student actually make it all the way to National Merit (finalist) status in many years (nor has any student in the district),  so we’d certainly make a big deal if that were to happen,” Leighton said.

Although becoming a semifinalist is a huge accomplishment, the seven students all said they hope to become a finalist.

“Qualifying for National Merit semifinalist is great, but it’s only a title,” Yung said. “Obviously all of our goals are to make finalist because then we can apply for pretty substantial scholarships that schools  (offer), and free money is free money.”