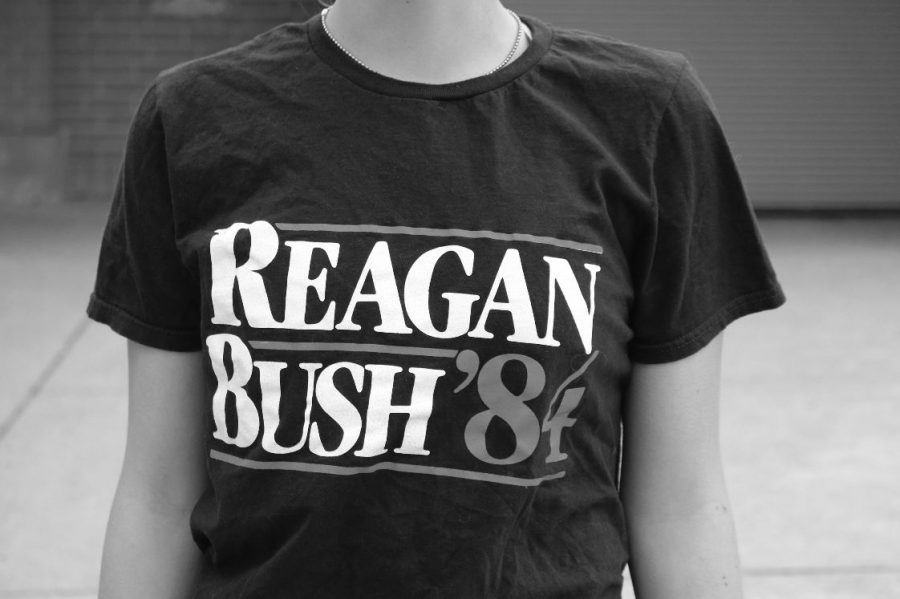 Freedom and safety – two things that often contradict one another, particularly when it comes to the law. The discussion is even more gray when it concerns school.

Schools have an obligation to protect their students while simultaneously complying with the law.

What portion of their rights do students leave behind when they step onto campus? It’s been debated not only by students and school administration, but also by the U.S. Supreme Court.

The most common conflict between school restrictions and Constitutional rights are the freedoms of speech and expression.

Students at Granite Bay High regularly exercise these rights in a variety of ways.

“Typically, if I’m in the mood to air my political affiliations, I’ll do so through clothing and accessories,” senior Jake McKillop said. “On special occasions, I might wear my Reagan/Bush shirt or pin, or even my Obama bracelet.”

Senior Bethany Brooding has a few clothing items that express her beliefs.

“On campus I would say I express myself politically in a more casual way,” Brooding said. “I’m not necessarily blatant about my views. Although I don’t hide them, it’s definitely different than, say, going to a march.”

A more overt manner of expression that might be present on campus is through flying flags on vehicles, typically on the back of trucks.

“I fly the American flag and the Don’t Tread On Me flag (also known as the Gadsden flag) on my truck,” senior Jared Evers said.

All of these types of student political expression occur peacefully, with little or no conflict.

“I seldomly get negative comments, and usually they’re (not) direct,”  Evers said. “It’s always just someone trying to passively tell me that I’m wrong without any argument or support behind it.”

However, some instances of free speech can be controversial when brought into the classroom.

The formerly popular “i (heart) boobies” rubber bracelets intended to support breast cancer awareness were the subject of a federal court case because of their potential to be disruptive to education.

“Some school districts were saying kids can’t wear them,” Advanced Placement Government teacher Jarrod Westberg said. “At the high school level, we had some parents complaining, saying it was inappropriate

GBHS and the Roseville Joint Union High School District continued to allow the bracelets to be worn on campus despite parent complaints because it was also an issue concerning freedom of speech for students.

Evers experienced first-hand how school rules and regulations might at times override free speech. His National Rifle Association shirt, with the phrase, “You keep your ideas, I’ll keep my guns,” was considered a violation of the GBHS dress code.

“I didn’t even make it 50 feet past the office when I was flagged down from the office door by one of the staff,” Evers said.

Despite not intending any harm, Evers was asked to change shirts because of the reference to weapons.

“(The shirt) was promoting passive and peaceful action, no direct or even implied threat to anyone or anything,” Evers said.

Although precedent has stated, in the words of the Supreme Court, that neither students nor teachers “shed their constitutional rights to freedom of speech or expression at the schoolhouse gate,” those rights certainly are restricted in order to protect the educational environment.

“Unfortunately, (students) don’t have the ultimate right like someone outside of the school,” Westberg said. “Nor do I, because I’m in a government position.”

There are just as many, if not more, restrictions on teachers concerning freedom of speech.

“When you’re in a government position, you have to be very careful about anything political, like promoting politics, one side or another,” said Westberg.

The Supreme Court case Tinker v. Des Moines helped define the balance between freedom and safety in schools, but the lines are up for interpretation – often by schools determining their dress codes.

The precedent was set that students (and teachers) have the right of free speech until the point where it becomes disruptive to learning. The Tinker test, created in 1969 at the time of the case, is still used today by courts in order to determine whether or not a school’s restrictions infringe upon students’ First Amendment rights.

“I think political expression in school should be completely free,” McKillop said. “As long as it doesn’t harm others or obstruct from anyone’s education or detract from our educators’ ability to teach.”