Students look forward to the slopes over break 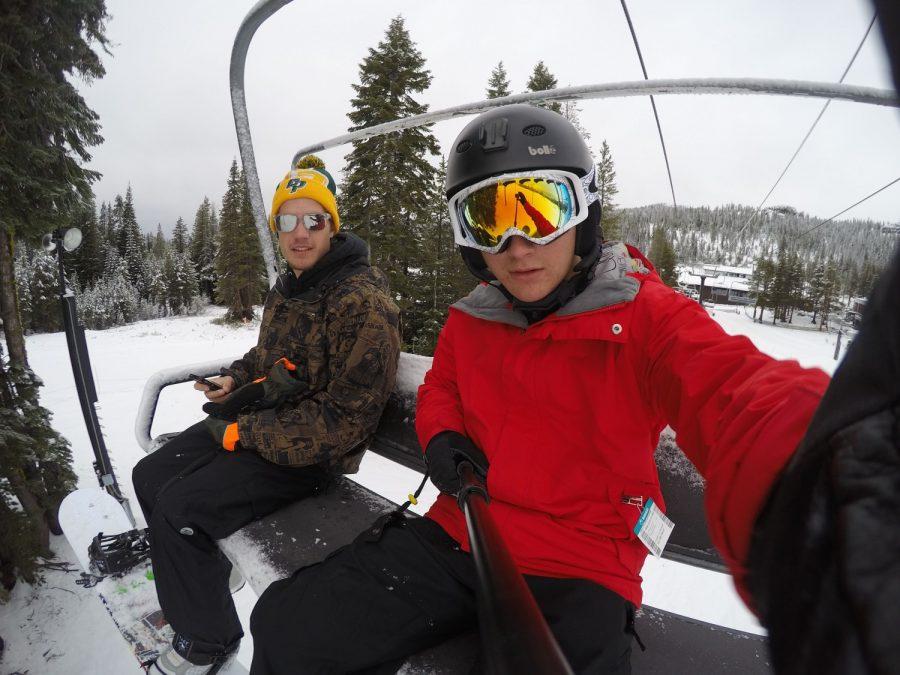 Northern California is a very desirable locations around for both winter and summer. Granite Bay in particular is just a couple of hours away from the beautiful beaches, as well as the snow-capped mountains of Tahoe.  With these several locations available at two or less hours away, skiing and snowboarding are some of the most popular activities among GBHS students during the winter.

“I like to snowboard at Sugar Bowl because it has a wide range of terrain,” senior Cole Pautsch said. “I love to board on the terrain parks and moguls, which are some of the best in California.”

Similarly, senior Crystal Yabes shares the passion for snow sports and enjoys traveling up north to ski and snowboard at the different ski resorts.

“Squaw Valley and Alpine Meadows are the best mountains to ski or snowboard,” Yabes said. “Although they charge the most for lift tickets, having tons of runs and good snow is worth the forty dollar difference between Boreal, etc., compared to Squaw and Alpine.”

People can go ski or snowboard for speed, relaxation and trade tricks for compatibility. For this reason, it is important to choose which one would be more suitable for the interests a person has when deciding whether they want to ski or snowboard.

“While skiing is significantly more common, it is also the more difficult type to perfect,” senior Ryan Harris said. “A lot of people can get away with bad form.”

The initial learning curve of skiing is quick. Independent and separate leg movement is the most natural transport humans are trained to perform.

Snowboarding is not quite the same story. For skaters and surfers, it is natural, sharing many of the same attributes except the surface speed.

“I grew up skiing with my brother, so to me, snowboarding hasn’t really been much of an option,” senior Riley Brown said. “I have always loved the speed and versatility of all-mountain skiing which snowboards do not offer.”

The three popular types of ski-equipment made are Camber, Rocker and Flat. Camber is considered the most difficult to ride curve, offering superior speed but also difficult turn initiation, and is not recommended for beginners. Rocker is a very maneuverable ski, made to handle powder well, and is harder to catch an edge. The last is Flat, which is less commonly made in skis, but the most common snowboard shape on the market, offering easy turn transitions and better edge grip, serving as the in between for Camber and Rocker.

“I personally prefer rocker skis,” Harris said. “I love slashing the pow-pow (powder) during good years of snow in Tahoe. There is nothing like that floating feeling when you glide over fresh snow with ease.”

Many consider the convenience of snowboarding as a good reason to pick it over skiing. Snowboarding boots are incredibly comfortable and offering flexibility while ski boots are extremely stiff, hard to walk in and hard to break in.
But once on the mountain, skiing is much more accessible. Snowboarders have to bind and unbind their back foot every time they get on or off the lift, as well as if they have to push themselves up hills or runs with no slope, something that skiers don’t have to deal with because they have poles.

Even health risks are something to consider. While knee injuries and ACL issues are major in skiing, snowboarders are very prone to ankle and upper body injuries, but snowboarding is typically easier on your body in the long run especially when snowboarders reach their fifties or so.

All in all, both sports offer a high variety of pros as well as cons, and before researching purchases or vacations, consider the listed factors as well as the terrain it offers when deciding where and what to ride.