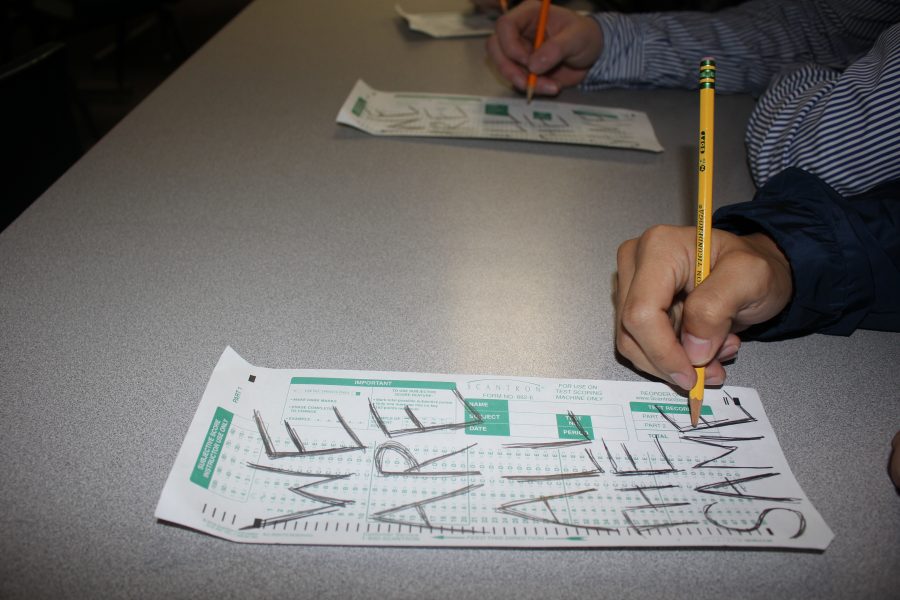 The challenge of meeting the Common Core State Standards in local schools has caused various reactions among people associated with education systems.These sudden major changes in state standards carry with them expensive implementation, adjustments in regular teaching methods and new learning and studying
habits of students.

Common Core has been established as the state standards for all but seven states in America. California adopted the standards in 2010, but the they were only fully conducted at the beginning of this 2014-2015 school year for all grade levels.

Due to soaring costs for Common Core approved textbooks, technology upgrades and teacher training sessions, numerous districts in the area have made budget cuts to remain financially stable. For teachers, the new standards have not come as a shock, as they have been working with the standards for quite some time in preparation to teach their students.

Abigail Burke, a fifth-grade teacher at Ridgeview Elementary School, has been modifying her curriculum for the past six years as various programs have been implemented. She has noticed the effects, good and bad, that Common Core is having on students and parents.

The rigor of the skills are more engaging to students, allowing learning to be more exciting for students willing to discover meaning behind the material being taught.

From Burke’s perspective, the most challenging aspect of Common Core for parents is the misinformation surrounding the motivations behind implementing the program at this particular time. Burke reassures her students and parents that change does not have to be a monster. “(Common Core) is nothing scary, just the fundamental elements of great education,” Burke said.

Administrators overseeing their schools are also adjusting to the standards and working through the transition phase.

Teachers are not focusing on lectures as much as having students work in groups to make their own discoveries. Memorization of definitions and dates is no longer as important as critical thinking and thoughtful writing.

“It’s hard to change,” Leighton said, adding that the math department at GBHS has been modified the most because of new Common Core textbooks.

Adjusting to the standards has caused teachers to spend more time grading assignments because of the increased amount of writing needed in certain classes, including English and math.

The ultimate goal of Common Core education is to prepare children for life in college and future careers by integrating more rigorous standards than in the past. With nearly all of the U.S. on board with the Common Core program, it seems like the right direction to schools.

“The material taught in class will be more applicable (to life outside school),” Leighton said.

Producing successful young men and women who will excel in the real world will be beneficial to everyone in an increasingly competitive economy. However, success doesn’t come without facing challenges.

Olivia Thompson, a seventh grader at Cavitt Junior High School, is in the process of adjusting to Common Core.

“I’m having to find different ways to study,” Thompson said. “(Students) are (spending more time) on their own, and I have to spend more time on (homework and studying).”

Although the jump from sixth to seventh grade is tough, the sudden alterations in curriculum has caused an even greater transition.

“Entering seventh grade, (the curriculum) felt so much harder. It came very abruptly, and sixth grade was so much different,” Thompson said.

Students have different opinions about change, and for some, it’s dealt with easier than others, simply depending on the individual.

Freshman Jack Powers experienced Common Core in the math classes at Granite Bay. “I had to take Integrated 1. I needed to explain more about how I got a certain answer,” Powers said.

Students are also noticing the teaching methods have shifted accordingly.

“The teachers are having to teach slower and more in depth for students to understand,” Powers said.

The aims of the Common Core Standards are admirable but might not be attainable at a brisk pace. With millions of dollars at stake for states, taking the time necessary to adapt to Common Core as best as possible is very important. There is never an opportune time for such change to take place, but the transition of Common Core Standards is moving along.

Eventually, America may have all 50 states on the Common Core Standards, but that is only assuming the U.S. relies on this particular system long enough for every state to adopt and transition to it.