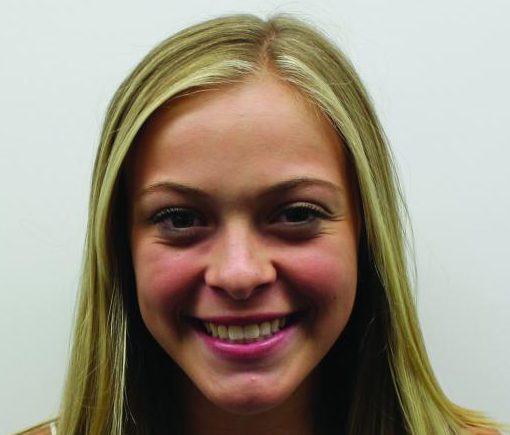 I’ll never forget the time when I was 11 years old and my uncle taught me how to throw a football. “Rachel, don’t throw like a girl,” he said.

In the moment, without even thinking about it, I just acknowledged what he said and threw the ball back to him.

But in the back of my mind, I was thinking. What does that really mean? Why was my uncle telling me to not throw like a girl? I am a girl. How am I supposed to throw? Like a boy?

Almost 6 years later, this vivid memory came back to me. What does it really mean to do something like a girl? Why has society designated this term as an insult?

If you were to ask teenage girls and boys what it looks like to run like a girl, they would most likely trot or jog slowly, while complaining about messing up their hair or makeup.

But their interpretations aren’t the reality of the situation. These days, girls are running faster, throwing farther and hitting harder.

There are preconceived notions that girls are less athletic and worse at sports than boys, but that is not necessarily true.

Of course there are some sports that boys are better at, because physically they are built bigger and stronger than girls.

Football is an example of this, since this sport requires extensive strength and stamina in order to be knocked down countless times.

So, sadly, you can’t fight genetics. However, you can fight the fact that society puts down girls by saying they do something like a girl.

Imagine being a 7 year old girl. All you want to do is play baseball. But, all the boys on the team say you hit like a girl.

Do you think that is going to make that little girl, full of hope and ambition, continue her passion of baseball? No, it’s not.

She is going to want to quit, and never play any sport ever again, for the fear of being tormented for something she has absolutely no control over.

If this vicious cycle continues, the world is going to be greatly deprived of female athletes.

Studies have shown that by the age of 14, 2 times as many girls than boys are dropping out of sports.

One of the reasons this is happening is because of social stigma, such as judgements from peers and simply the fear of being criticized for doing something they are truly passionate about.

If this significant of a decrease continues, then there could be an extreme increase in childhood obesity and other serious diseases due to lack of physical activity.

Not only could the absence of exercise in young girls cause a deterioration of their physical health, but their mental health as well.

The benefits of being involved in a team sport for adolescents are immeasurable.

The feeling of belonging, of being part of something bigger than themselves is a feeling some girls may not be able to experience if they aren’t involved in a sport.

If a girl truly believes that they are good at something, soccer for example, and someone comes and tells them that they kick like a girl, that is going to make that girl who once thought she was strong and powerful, feel weak and powerless.

That feeling of incapability, is something that is hard to get back once it is taken away.

Girls shouldn’t feel intimidated or scared to try something new. They should instead be motivated to.

They should want to work hard and follow their dreams of being whatever it is they want to be.