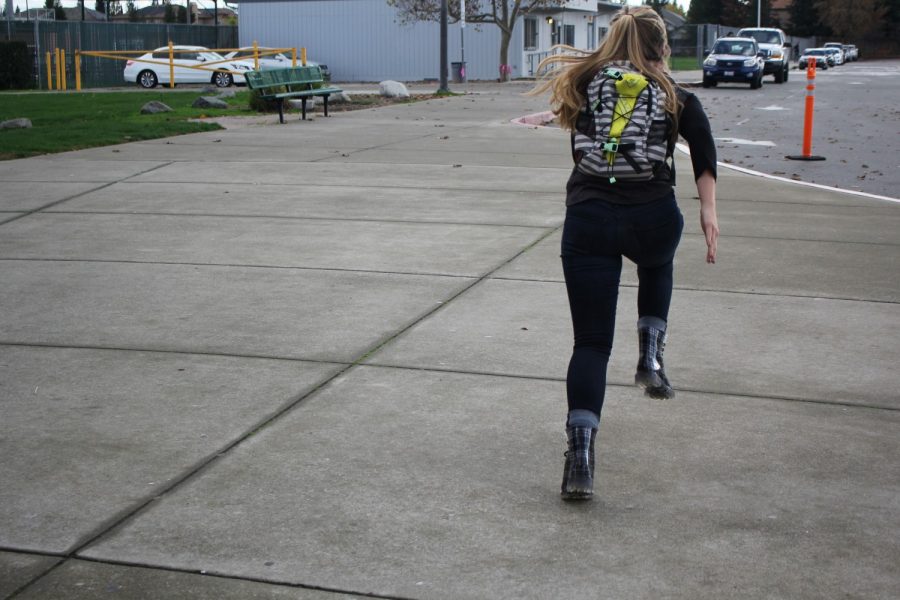 “School authorities may excuse any pupil from the school for the purpose of obtaining confidential medical services without the consent of the pupil’s parent or guardian.”

This has been state law since California Education Code 46010.1 was introduced in 1986. A student in California may leave school at any time for medical appointments related to abortions, drug or alcohol issues and other medical issues.

“The reasons (for a student using this policy) may vary,” said Granite Bay High School nurse Jennifer Serrano in an email. “It usually surrounds an issue students are uncomfortable discussing with family.”

If a student chooses to leave school under this policy, their confidentiality is guaranteed according to Brad Basham, the Roseville Joint Union High School District’s executive director of personnel services, who oversees student programs throughout the district. The district does not keep comprehensive records of who has utilized the policy.

“It’s data we don’t track … because it is confidential,” Basham said. “I would have to go through extensive research to figure out who has and who hasn’t, and my concern is that if I give a number and it’s a small number, you can identify a student who’s used it.”

According to Basham, students have not left for confidential medical appointments frequently.

“I don’t have a definite number, other than that I don’t believe it happens very often,” Basham said. “I was a site principal for eight years (at Roseville High), and I’m only aware of a handful of situations at the high school I was at.”

Basham said once a student is excused from school, the student is responsible for him or herself.

“If they … leave, at that point, we don’t have that responsibility,” Basham said. “They’ve been released … for an excused reason based on California Ed Code. The liability wouldn’t fall back on the school.”

If parents discover their son or daughter has left school, according to Basham, the school still cannot disclose that the student left for a confidential medical appointment.

“That’s where we have to say, ‘You’re going to have to ask your son or daughter why they were out of school,’ ” Basham said. “But we hope that it doesn’t get to that point.”

The California Education Code is clear that students may leave school for confidential medical appointments, but the law has not been implemented without controversy. Several years ago, a situation arose in which several GBHS parents urged the school district not to enforce the policy.
“Our school district … was basically being asked to violate state law,” Advanced Placement Government teacher Jarrod Westberg said. “The controversy was if … our nurse (who would permit a student to leave) … goes with state law, then the nurse could be insubordinate to the school district. But if they go against the state, they could lose their nursing license.”
According to Westberg, many of the parents involved in pressuring the school district believed girls were frequently utilizing the policy to get abortions.

“From the data … it was barely happening,” Westberg said. “I don’t even think a lot of people knew about it at the time.”

The focus of the dispute, Westberg said, was not on the policy allowing students to leave campus, but instead about why the students might be leaving campus.

“I mean as a parent, I understand the concern with there being some loophole where their kid could possibly leave (school), it just appeared that … it was really getting to be a very political thing on why people were leaving,” Westberg said. “There’s a lot of things (the policy) could be for, but the politics behind this were appearing very one-sided as to why they were pushing the district to go against the state.”

The school district ultimately was not able to contradict the state law.

According to Basham, many parents oppose the policy because they want the right to know if their child is seeking medical attention for any reason.

“As a parent myself, you hope that your children feel confident and comfortable and safe enough to come to you when there’s these major types of issues, whether it’s if they’re not sure if they’re pregnant or (they have contracted a) communicable disease or if they have a drug or alcohol problem and they’re looking for counseling,” Basham said. “When they leave (school) in the middle of the day and you don’t know about that, it’s disturbing. And when they leave because they don’t want to tell you why they’re leaving, that is even more disturbing.”

Basham said if a student is in need of serious medical services, the school first encourages that student to seek help from their parents or trusted adult.

Serrano said she agrees that students should seek help from their parents or other adults they trust.

“As a healthcare professional and parent, I strongly encourage students to talk with parents or a trusted adult if a situation arises,” Serrano said.