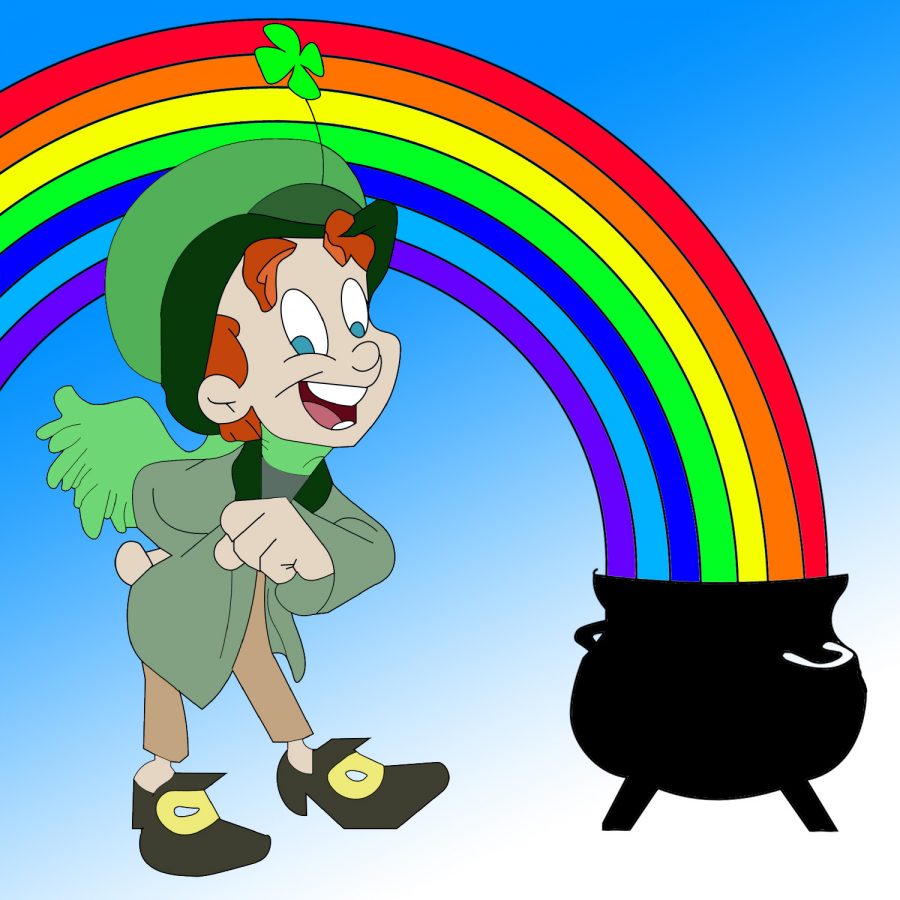 Granite Bay students dive into their irrational habits and fears they have during the (un)lucky month of March.

Pinch, punch, first of the month. Ireland in the 15th century was a very superstitious place. People would do that routine every first to banish the witches. Pinching would be taking a pinch of salt, because they thought it weakened the witches. Punching would get rid of the spirits.

In 2019, people are a lot less superstitious than people in the 15th century.

People wear green on this lucky day to keep themselves for being attacked by leprechauns. Legend has it that is you wear green, they can’t see you. People pinch you to remind you of all of the trouble you can cause by not wearing green.

But as Saint Patrick’s day arrives, many GBHS students start to feel a little more superstitious than normal.

Folklore revolving the month of March include hanging up a horseshoe to collect the good luck, wearing green and obviously, catching leprechauns.

“When I was little I believed in Leprechauns because my mom would put gold sparkles on the ground and said the glitter was from them,” senior Andrew Martinez said.

Making leprechaun traps is a big part of many childhoods around Granite Bay.

“I used to make traps for leprechauns,and my mom would say we caught them but they ran away” Martinez said.

“In pre-school, I made leprechauns traps with my class, but we didn’t catch anything.” junior Meri Riley said.

For some students, catching these little creatures.

“I still make traps for them. The are very sneaky though, so it has been tricky.” said Arias.

Even if it isn’t Saint Patrick’s Day, many people are still superstitious about other things in life.

Junior Sofia Arias is superstitious all year long, but she works extra hard to keep the bad juju away during March.

Junior Olivia Teemant, on the other hand, is not superstitious.

“I do not believe in leprechauns, but my mom used to make traps for them.”

But, sometimes, people have lucky shirts, hats or socks.

“I wear my lucky jewelry on game days.”Teemant said.

“I have the same routine before a football game,” Martinez said.

“I am superstitious, and I wear green on St. Patrick’s day do that I won’t get pinched.”  Riley said.

The day of the Irish is very lucky and many people do things that they wouldn’t normally do.

“I try to eat green food for every meal” said Arias.

“I wear my lucky green shirt, but mainly because I don’t want to get pinched by my friends” Martinez said.

“On Saint Patrick’s day, I love to wear my gold four leaf clover to get in the lucky spirit!” Teemant said.