Is the race for sophomores to receive their permits causing drivers to be under-prepared to step behind the wheel? 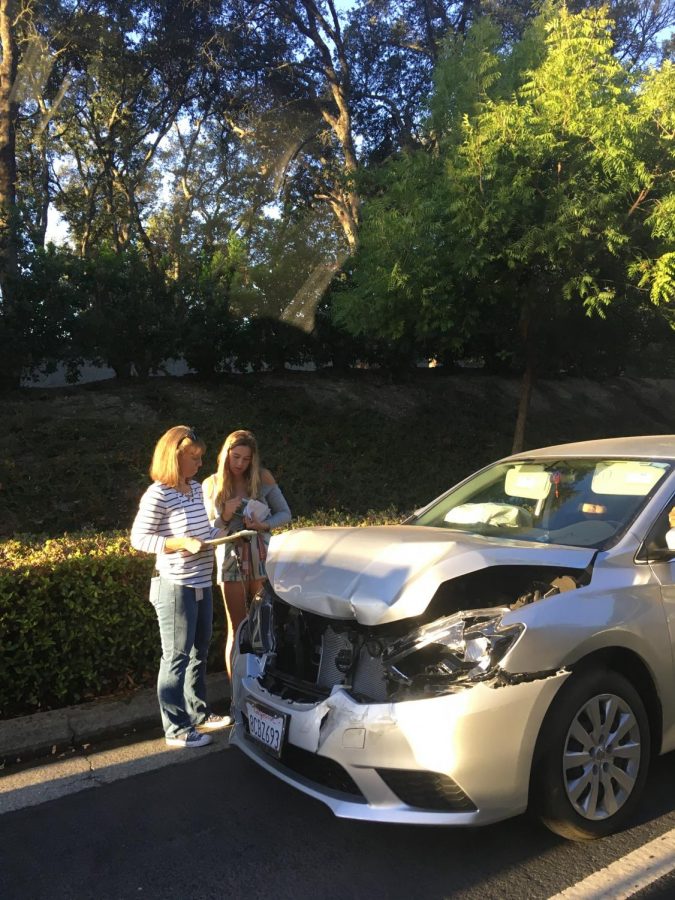 Senior Brayden Shauer got into a car accident in going-to-school traffic in mid-September.

As more and more sophomores pass 15 and a half years old, the number of students on the roads noticeably increases as well.

With driving being among sophomore’s top priorities, the race to get permitted is evident during the beginning of this school year.  Students take online driving courses in advance to minimize the amount of time they have to wait to get their license.

Sophomore Abi McCourt is among those who have strived to get their permit as early as possible.  While teens do propose risks when driving at a young age, she asserts that it is an integral part of their lives.

“I think that the lack of public transportation in our area creates a lack of independence that stimulates the desire to drive,” McCourt says.  “Social stigma also (prompts students) to start driving as soon as the age limit is reached.”

Other students, however, don’t feel the need to rush the driving process.

Barbara Maldonado, a sophomore, has decided to wait until she is 18 to start working towards getting a license. The daunting responsibilities of money and safety encourage her to hold off on this supposedly exciting part of life.

“I just know that if I wait until I’m 18 to get my license, the insurance is less expensive,” Maldonado said.  “I have also seen more and more accidents of immature teens who get their permit right when they turn 15 and a half, and I don’t want to risk getting into an accident myself.”

Maldonado is not the only one concerned with the safety of fifteen- year-olds on the road.

Many parents are afraid that at this young age, students lack the necessary responsibility and maturity to be able to handle themselves behind the wheel properly.

Elizabeth Thomas, a parent, understands the excitement of earning independence through driving. However, she notes to be mindful of each student’s capability of complying with its new responsibilities.

“Each person is different,” Thomas said. “So levels of maturity and responsibility for students of their age are different. However, there are restrictions during the first year of driving that almost all kids have difficulty following, like not driving anyone other than relatives.”

Along with concerns of not following the rules, people worry that with such a technology-attached generation, the young minds of teens will be unable to stop the urge to use phones while driving.

According to the National Highway Traffic Safety Administration, teen drivers are four times more likely than adults to cause an accident as a result of cell phone usage.

Such statistics rightfully worry many adults, including Terry Stafford.

Stafford is the instructor of the online drivers-ed course in the Roseville Joint Union School District.  He says that parents should be concerned about their child’s safety with technology being a significant temptation on the road.

“Technology is one of the biggest issues for teens starting to drive, and it is actually one of the highest leading causes of death for teenagers now,” Stafford said.

“So it’s not that teens can’t drive,” Stafford said. “It’s just that now with technology added, it’s made it harder for them to keep their attention on the driving.”

Stafford also worries that with the lack of available in-depth driving courses, students are underprepared for actually getting on the road.  He said that online courses cannot grasp their fullest attention.

“So now, it’s up to parents to take more responsibility in preparing their kids to be good drivers.  Parents need to be proactive for their own child,” Stafford said.