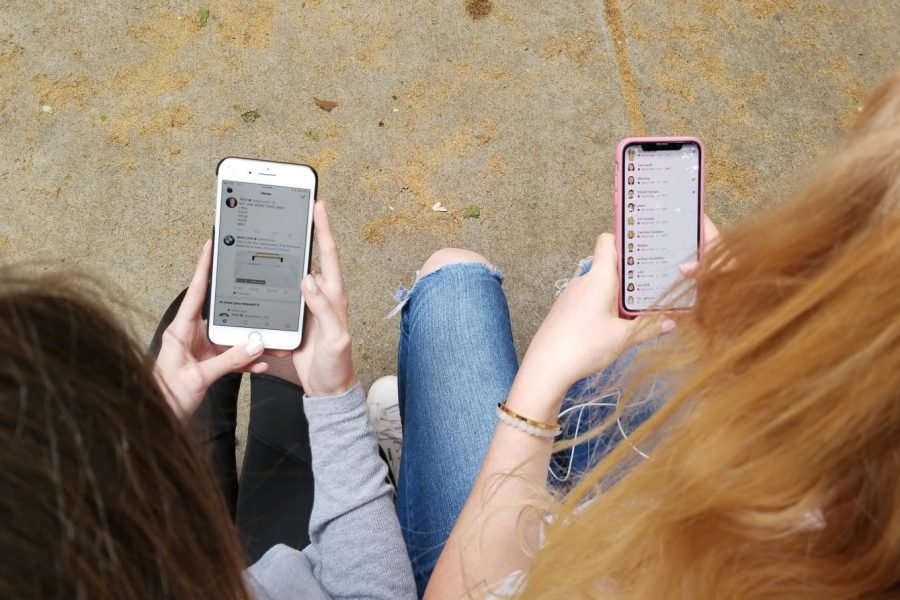 In this day and age, the number of followers, likes and Snapchats a person receives dominates people’s lives – sometimes, to the exclusion of everything that should actually matter.

Social media platforms such as  Instagram, Snapchat and others fuel this constant craving of confirmation via numbers that most young adults have developed.

“When people use media, it creates an emotional level of comparison between the user and picture that they’re seeing,”  Granite Bay High School Peer Counseling advisor, and AP Psychology teacher Natalie Elkin said. “This unhealthy cycle of comparison inherently creates a feeling of isolation and neglect.” Elkin continued.

Many critics believe this infatuation with sharing pictures and posting status updates leads young adults to lose sight of what the online and offline reality is, leading users to continuously alter themselves in order to receive a positive response.

“I probably check my phone every couple minutes to see if anyone has contacted me,” Granite Bay High School freshman Jayden Smith said. “When I get a notification, it feels like a headrush.”

People of all ages are becoming  addicted to their social media profiles, rather than being and acting like their true selves.

This is beginning to cause negative effects on the users’ reality instead of their virtual reality.

Adam Alter, author of  “Irresistible: The Rise of Addictive Technology and the Business of Keeping Us Hooked,” notes that the reason so many people are becoming addicted to online media is because it gives users everything they need to enjoy the moment they are in, and that it’s even more appealing because it doesn’t require much initiative.

“The amount of time my friends spend on Instagram has become a borderline obsession,” sophomore Maryssa Schultz said. “Most of the time people only talk about who posted what and how ‘cute’ it was.”

Online media enables users to create a false front about who they are to others. This inaccurate projection not only creates a cycle of seemingly perfect moments, it also leads people to struggle with meeting this standard.

Users are given a small self-esteem boost everytime they receive a notification from social media, which gives people who use media unhealthy levels of negative or positive feedback.

“I feel accomplished when I get a certain amount of Snapchats a day –  and when I don’t, it ruins my mood,” said Tate Lovett, a 17-year-old local YouTube and Instagram creator who has more than 17,000 subscribers on YouTube and more than 25,000 on Instagram.

Studies show social media can cause users to feel a sense of neglect from others when they don’t get a large enough response to a post.

“When one of my posts doesn’t get a certain amount of likes by a certain time, it makes me feel like what I’m sharing about my life isn’t good enough,” senior Spencer Richard said.

Social media can be an interesting and engaging pursuit, but it can go too far.

“In this modern age, it’s difficult not to become attached to social media,” junior Dallas Fuller said. “The apps are like lifelines to people, and allow people to be whoever they want to be. The problem is when people’s lives are affected because of it ”