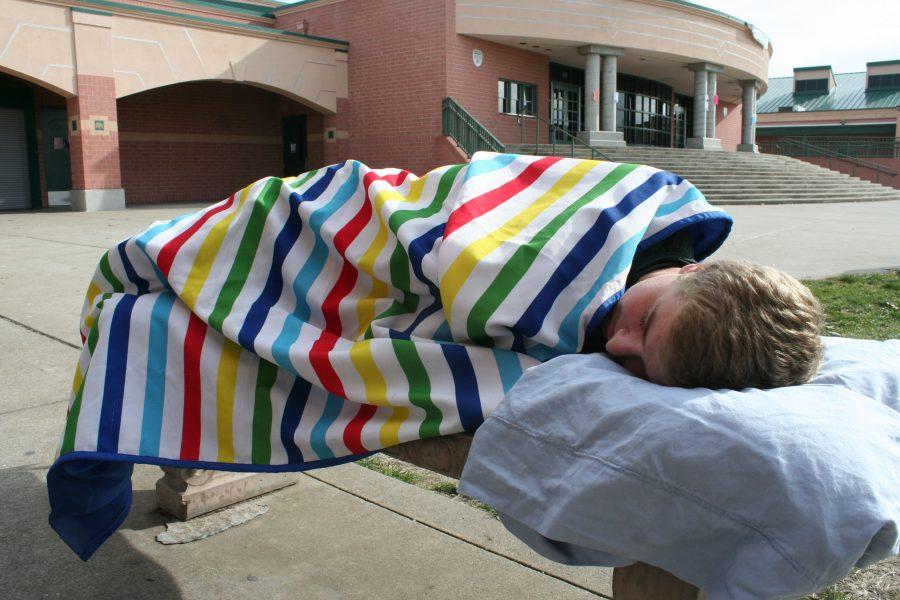 For many high-level students, pulling all-nighters has become the norm.

The grades they desire require little to no sleep. However, cutting sleep hinders memory according to a Harvard Medical School study.

The study primarily discussed how teenagers should be sleeping for 8-9 hours a day. Anything less affects the brain’s ability to function and retain information. Long-term lack of sleep contributes to weight gain, high blood pressure and a depletion in the immune system’s fighting power.

Junior Ibrahim Hajjar said he gets 6-7 hours of sleep every night and anything less than that impacts his concentration is school.

“I can’t function with less than 5 hours of sleep,” Hajjar said. “I try to get a good amount of sleep before a big test … (I) try splitting the workload a couple days before an exam, so (I) won’t feel squeezed the night before.”

According to neurologists, a good night of slumber is not only essential to keep a student awake and healthy but also in protecting the brain from electrical discharges that can cause seizures. 8-9 hours of sleep per night is necessary for muscles to relax and remove lactic acids that accumulates throughout the day.

“In your, brain you have a pineal gland,” Goldsmith said. “The pineal gland is responsible for secreting melatonin. Melatonin in the presence of light is not secreted, so when you don’t sleep you’re not using up the melatonin, and become drowsy, experience headaches and moodiness.”

Goldsmith also said that long-term sleep-deprivation can lead to hallucinations in extreme cases because the brain recharges while dreaming and it cannot function without that.

Senior Sona Jeswani said getting 5-6 hours of sleep per night is not enough.

“I definitely could use more sleep” Jeswani said.

However, Jeswani had an alternative that seemed to work well for her.

“(I wake) up earlier instead of staying up later because I get more done in the mornings and I feel more awake when I get to school.”

Many students stay are consistently up late studying for tests, not knowing that in some cases it affects the smallest details.

For junior Gauree Shah, sleep is essential before exams.

“For me 6-7 hours is plenty,” Shah said. “But occasionally when I sleep for 2-3 hours, I tend to make really stupid errors on tests.”

Shah also said lack of sleep makes her a more moody, which is consistent with current studies. According to Psychology Today, sleep deprivation enhances negative mood due to increased amygdala activity, a structure in the brain responsible for generating negative emotions such as anger and rage.

Although many of these side effects are minor, its always good so regulate the workload if and when possible. Easy ways to do this, is preparing for exams in advance, and another option is taking quick cat-naps.

“30 min naps can be helpful at times,” said Goldsmith.