Senior gets an early start on his career

Matthew Gandler has his future planned, and he's planning to soar 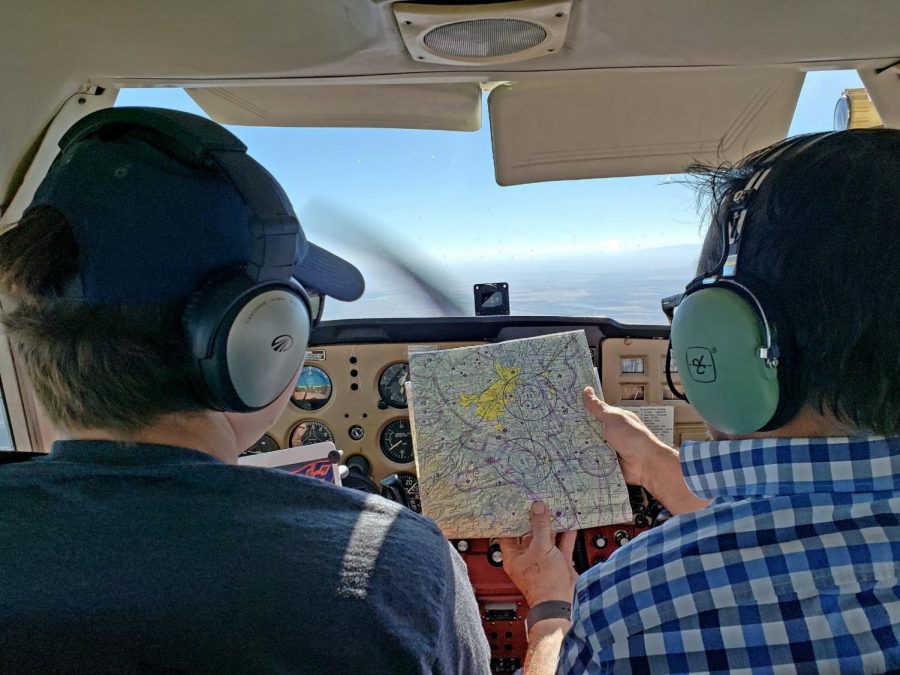 While many seniors are still deciding on their futures, senior Matthew Gandler has already decided and has begun taking the necessary steps to becoming a pilot.

According to a YouthTruth student survey, only 45% of high school students are confident in their college and career readiness.

Having a headstart on 55% of the population can pay dividends for a young pilot, according to Matthew’s flight instructor Randy Leys.

“He can direct his efforts that would be beneficial for an aviation career. At the age of 18, he can become a flight instructor to build flight time,” Leys said.

In addition to getting a headstart, Matthew is entering his chosen career field at the right time according to his dad, Scott Gandler.

“I think it’s a great career because the airline industry is screaming for pilots right now, there’s a big shortage that’s just starting right now and it’s gonna continue over the next several years and they need pilots really bad, so I think it’s a good career field,” Scott said.

However, not all of Matthew’s family members are excited about his tentative future career.

“I am concerned, I would much rather he get a career where both of his feet are on the ground,” Matthew’s mom, Jeannie Gandler said.

However, despite her trepidation she admits that she does anticipate Matthew further pursuing the career, citing his commitment.

“We can’t afford to pay for all of his lessons so he has had to get a job so he can pay for half of them and we have seen him step up his level of responsibility because of his drive and passion,” Gandler said.

Matthew’s passion for aviation started around 5th grade due to his fascination with his cousin’s flight simulator, though it wasn’t until his freshman year that he began to actually fly.

“I did one lesson in freshman year and that’s where I fell in love with it and decided that this is what I wanted to do for the rest of my life. From there, I started my actual training in junior year and I have been doing it ever since,” Matthew said.

Hs next step is to secure his private pilot’s license, and  to further along his career from there development to eventually fly for CalFire.

“I would really love to fly planes that go out and do the retardant drops in front of the flames. That would be really cool,” Matthew said.