As the district reopens, challenges plague the process 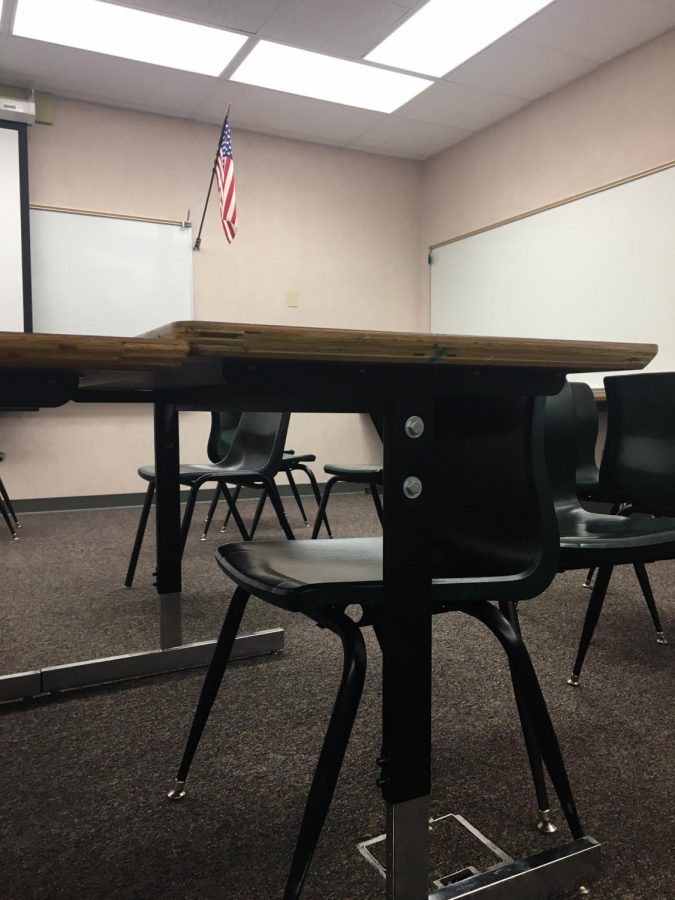 On January 5, schools across the RJUHSD district reopened with a five day schedule, marking the first time in nearly a year where students were able to return to campus fulltime. Yet, with this comes obstacles as well.

On December 14, the Board of Trustees voted unanimously in favor of five days a week of in person instruction with 70 minute class periods despite the calls from the teachers’ union to continue on a hybrid schedule.

The thought process behind the decision was to maximize the academic ability of students, as online learning has proven difficult for many.

Despite all non-RSVLA students originally signing up to be completely on campus, the option for students to Zoom into their classes for the first month of school was provided with the possibility of the offer being extended into February.

With the return to campus, protocols across the district have had to adapt to bigger classes.

Students within a six foot radius of someone who tests positive for Covid-19 are required to stay home in quarantine for two weeks. Schools have devoted specific procedures to determine those in contact with infected individuals.

“The administrative team and the nurse verify the contact tracing through student interviews and also by walking the classrooms and studying seating charts provided by teachers,” said Jennifer Leighton, principal at Granite Bay High.

The closer quarters occupied by students has caused an increase in the number of students going into quarantine.

However, these high numbers are not necessarily viewed as a bad thing.

“The good news is that we anticipate that we will get those kids (quarantined recently) back by the 25th,” said Robert Hasty, the principal at Oakmont. “People had anticipated that there would be a spike after the winter break because of all of the traveling around, and so we believe we’re seeing a slowdown. We believe that those numbers will decrease.”

Even though the high number of quarantined students hasn’t posed a serious issue for Oakmont, Roseville High had to shut down for two weeks due to the high amount of quarantines from possible exposure.

“The (Roseville High) issue was directly related to … not having adequate staff for on campus instruction,” said Jesse Borjon, the superintendent for the RJUHSD district. “This was caused by the number of staff we had to quarantine because of exposure to positive cases on campus.”

“We didn’t think we were going to be able to properly cover those classes (at Roseville),” said Brad Basham, the RJUHSD assistant superintendent in charge of human resources. “The principal was looking at the idea of having to combine classes in the theater or in the cafeteria and have one or two people supervising three or four or five classes with the kids. … It just didn’t seem reasonable at that point.”

What contributed to the number of quarantined staff members was the lag time between test results and original infection, Borjon said, meaning that the number of times Covid-positive students are on campus can affect the level of risk. Teachers have also been interacting with students on-campus, creating more opportunity for exposure.

The amount of substitute teachers in the district also acted as an obstacle at Roseville High. Exposures both on and off campus has caused an increased demand for substitutes at a time when the district has fewer stand-ins than normal.

“We are bringing a substitute to supervise students that are in class, and oftentimes we’re having to rely on the other teachers on campus,” Basham said. “In most years we carry about 140 (substitutes) in our district. We started the year out with about 25 to 30. I think (now) we’re closer to 100 again.”

RJUHSD is not alone in a need for substitute teachers, Basham said. The district is having to provide competitive daily rates in order to have enough substitutes on hand.

Some full-time teachers have also had to commute between two different RJUHSD schools to cover staff shortages resulting from the RSVLA.

According to Basham, the master calendars for each school are created after registration occurs in February for the upcoming school year, which determine how many teachers are required to cover each department and how many additional teachers need to be hired.

The 2020-2021 master calendar became out of date due to the movement of both teachers and students to the RSVLA Academy, resulting in some schools having a surplus of teachers while others have come short of the numbers they need in terms of staffing.

Schools with higher staff numbers were then asked to have teachers work in short-staffed departments at neighboring schools, thus resulting in some teachers going between campuses to fulfill staff requirements.

In addition to the challenges faced with adequate staffing, teachers are also experiencing obstacles given the full reopening plan.

“It’s been an obstacle for me to plan activities, based on how many kids will be or won’t be in the actual classroom that day,” Jeremy Johnson, a teacher at Adelante High School, said in regards to managing both online and in-person learners.

Although teaching remote learners and in-person students simultaneously can pose challenges, Johnson has made sure not to administer his attention unequally.

“The way my classroom is setup, with it being more likely I will have students online as opposed to in class, I do feel as though I do a good job of not prioritizing either or,” Johnson said. “I am on a loud speaker, so although my voice is directed at students in the room, I can be heard clearly online. I answer questions in the room when they arise, and online if students in the room have no questions.”

Given the sensitive topic at hand, disagreements regarding school reopening has created tension  between the parents, teachers, the district and the Board of Trustees.

“The RSEA (Roseville Secondary Education Association) prides itself on the years and years of collaboration with the District, working to find the best compromised course for our students,” the RSEA said in a statement to Granite Bay Today. “However, more and more lately, the Board has either rejected staff recommendations or overridden them, fraying a sense of respecting the wealth of experience their education experts bring to the table. On December 14th, when the Board decided to open in January in a full ‘normal’, in the midst of the highest Covid surge yet, they pushed the teachers’ union to the edge of having no confidence in their concern for the health of our students or us.”

For some, the decision to reopen fully not only felt rushed, but also a bit uncalculated.

“I would have liked to see more information and (for) expert opinions’ voices to be the guidance. But, as an employee of this district…my main goal has always been to be there for my students in whatever way possible, and whatever way they need me to be,” Johnson said. “I am one who is conscious of the health risks, but if my students can do it, who am I to be yet another obstacle for them.”

Ultimately, the disconnect between staff and parents is a result of both groups’ desire to do what is best for students.

Many parents, for example, argued that the possibility of returning back to the hybrid schedule, instead of continuing the five day schedule (which was discussed at the board meeting on January 26) is a step in the wrong direction because it can limit the students’ social interaction.

“I have three kids that are battling depression. Teenagers are not wired to sit in their room with no social interaction. Your silence makes me sick. …Stop the politics, and get these kids back to school,” said an RJUHSD parent in a Facebook comment addressing the district.

“Their disagreement is in a matter of degree and order of implementation,” Borjon said. “Regrettably, (teachers and parents don’t) appear to be willing to really work together for the sake of students. Polarization and being right or wrong seem to be the dominant energy.”

During the board meeting on January 12, the inability to social distance in classrooms and varied opinions on appropriate quarantine periods were significant concerns brought up by parents.

“Regardless of how many people say they know for certain the safety risks for staff, it’s just not accurate,” Borjon said.

While all differing perspectives and opinions have their unique truth and value, Borjon emphasizes the importance of working together in order to create the best environment for students, given the situation.

“I guess in the end, people can’t blame COVID because it is an untouchable virus, so they seek blame in each other,” Borjon said. “That is very sad for me because I know our community (staff and parents) has it in them to be better. I come to work each day, hoping for better.”