GBHS has a variety of race-based clubs that encourage diversity and representation, while helping students reconnect to their roots. 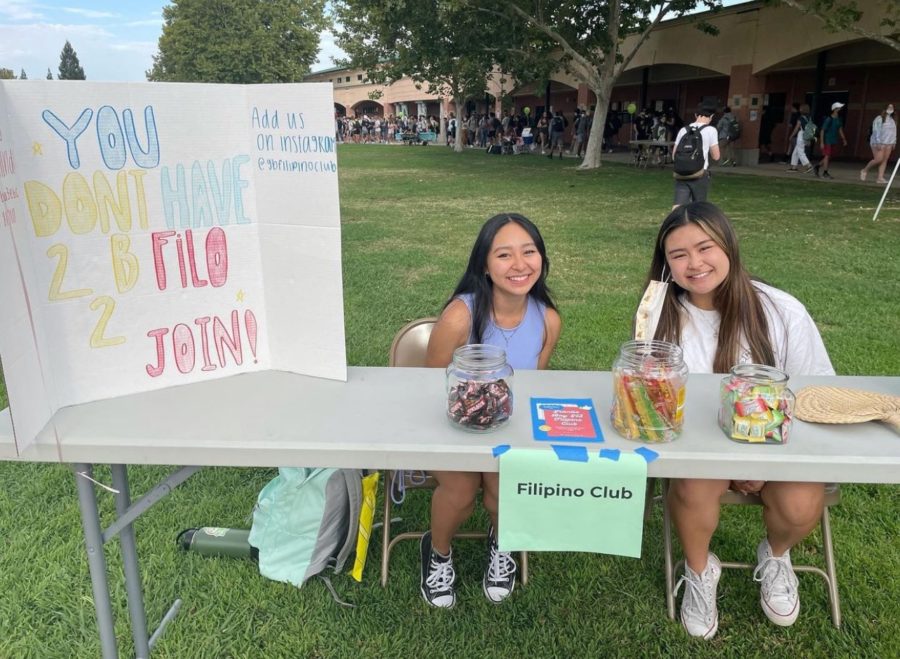 The Filipino Club at GBHS strives to help students connect with their roots.

Rather than blending in with the crowd, several students at Granite Bay High School have established organizations dedicated to embracing diversity.

Eniola Okon, a sophomore, is one of few people that realizes the power of her voice.  As president of the Black Student Union, she is dedicated to unifying and amplifying the voices of the Black community.

“Occasionally, attending school as a minority draws unwanted attention, but I value that my words can make such a large impact and demonstrate my character,” Okon said. “My involvement in the BSU is so that I can help other powerful voices be heard, and help make meaningful bonds between students.”

Paralleling BSU’s mission, other race-related clubs on campus strive  towards building connections with their peers.

With a mere 34% of the population at GBHS consisting of minorities, students are struggling to fit in, and many have strayed away from their culture.

Jerimae Pielago, president of the Filipino Club, has first handedly experienced the hardships of being a person of color in a predominantly white community.

“I have grown up in Granite Bay, and I lost touch with my background. With our club, we wish to create a safe and comfortable place for Filipinos on campus to be educated on our culture.” Pielago said.

Okon agrees with Pielago that interacting with people who know what you’re going through is one of the most important aspects of a healthy environment.

“The purpose of getting into this club was to surround myself with people like me,” Okon said.

Okon’s ultimate goal was to unite GBHS’ Black community, but to her, this was only achievable by creating a supportive and comforting environment.

In most people’s eyes this environment can be achieved by surrounding yourself with people who have been in your shoes.

“Our school is definitely predominantly white, and it has been very hard to connect with everyone here,” Pielago said, “Not often do I see someone at this school who looks like me or can relate to being a POC.”

Hakeem Bounar, president of the Islamic Society, focuses on strengthening the Muslim community at GBHS.

“Since the club rush, 80 people have already signed up. It goes to show how our fellow Muslim community wants to come together and form connections before it’s too late,” Bounar said.

Bounar came to a realization that the Muslim community of Granite Bay was straying away from their culture and he works to prevent these ties with their roots from further loosening.

On the other hand, Pielago notices that the ties with Filipino culture in her community have been severed more than ever before. She is working with a clean slate as several club members including herself have lost touch with their backgrounds and hope to gain that connection.

“I feel like I’m (missing) lots of parts that make me Filipino and I want to be able to educate others about our culture,” Pielago said.

Despite having contrasting starting points, most club leaders of minority groups are determined to give their community a voice in similar ways.

“I hope to continue onto bigger things like outreach and volunteering in Muslim communities,” Bounar said.

Okon’s plans to do outreach in the future include hosting events with professional speakers.

“Hearing different perspectives is crucial towards having equality and growth in our community,” Okon said.