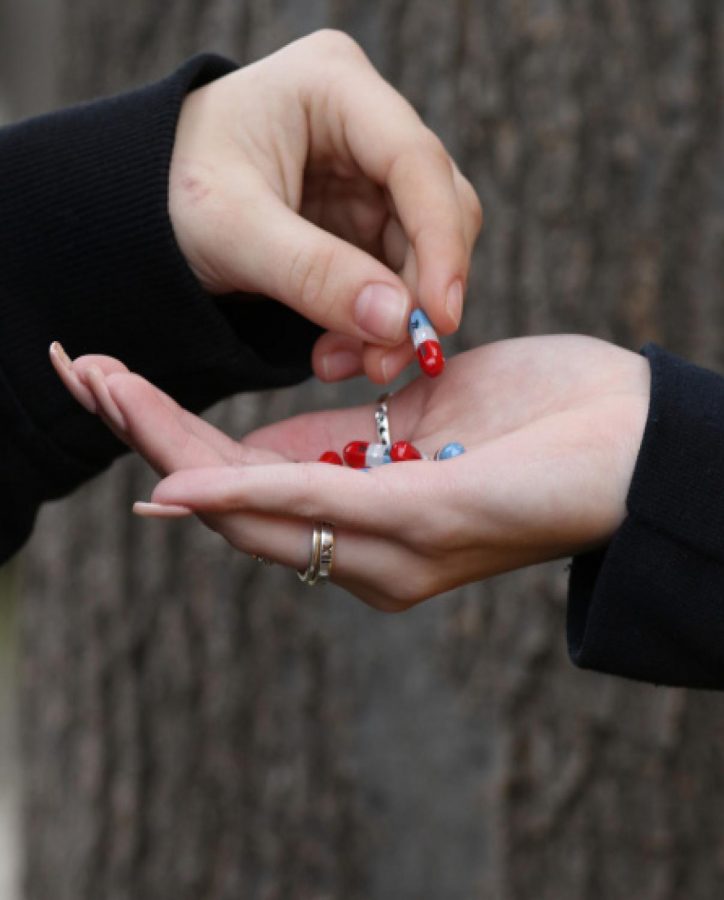 Students host mysterious and suspicious activities at a local park.

Almost every high school has a notorious teen hangout spot.

For Granite Bay High, this spot used to be the parking lot at the high school, often called the “GBPL.” However, the school administration recently began locking the parking lot, which is now deemed as off limits after school events.

“The school has gotten reports that people involve themselves in reckless driving and nefarious actions on the weekend in the high school parking lot,” assistant principal Jessup McGregor said. “Because of this, we had to make the decision to close off the lot on weekends to save teens from themselves.”

This new change caused teens looking for trouble to find a new location to host their mischievous activities, and this new spot happens to be in close proximity of GBHS – Hillsborough Park.

“A lot of people go there after school, GBHS sophomore Hayden Swanson said. “They mostly go to vape, smoke weed or get drunk.”

Students going straight to the park after school pose a problem for both students and Granite Bay High staff. If something were to happen to the students, the school could ultimately be held responsible.

“We have a level of responsibility of students from the time they leave their house in the morning  to the time they get back home,” assistant principal Greg Sloan said.

Hillsborough Park itself gives teens a  haven for participating in questionable, and sometimes illegal, activities.

“This park is a magnet for drug deals, and drinking with underage people,” a former GBHS student’s mother, Nicole France, said in a Facebook post. “This is  nightly occurring, which authorities are well aware of yet do not do anything about.”

Public parks like this one are supposed to be a place for small children to play, however now parks near Granite Bay High have morphed into a place for teens to drink and smoke.

“Surprisingly not as many fights happen  (in Hillsborough Park,)” said a former male GBHS student who asked to remain anonymous because of his involvement in previous altercations at the park. “Especially for the amount of drunk kids (who) hang out there.”

Many GBHS students visit the park after school hours, and according to some participants, some bring drugs with them – which they leave in their cars during the school day.

“If students are keeping paraphernalia in their cars to use after school at another location, there could be at school or out-of-school consequences, like juvenile parole or a more harsh punishment,” said Placer County Sheriff’s Deputy Shon Schoer, the school resource officer.

The park is monitored by a private security company at night, and sheriff’s officers rarely patrol the area, encouraging more teens to spend time there.

“You can almost always find people you know at Hillsborough doing something,” said a senior GBHS girl who asked to remain anonymous. “I saw teens there messing around on Christmas.”