Number of molly users getting high 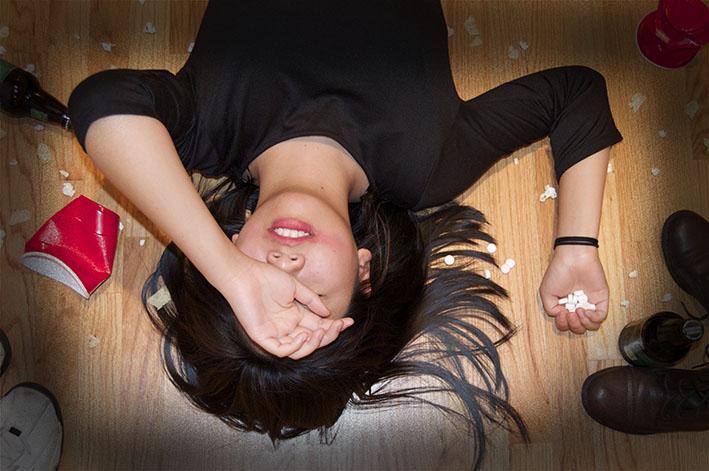 With summer comes less responsibility, and this past summer, some students at Granite Bay High School have started experimenting with party drugs. Some of these drugs include MDMA, also known as ecstasy or molly, and cocaine.  MDMA is classified as a psychoactive drug, while cocaine is a stimulant.

The rising use of these party drugs have sparked concerns from both students and staff at GBHS.

Senior Tanvi Mehta said although she’s never done drugs, she has heard of both molly and cocaine.

“I know that cocaine is this white powder that’s usually snorted and that molly is like a little tablet thing that I’ve heard people use at raves,” Mehta said.

A senior girl who wishes to remain anonymous said she has tried both molly and cocaine, along with various other drugs such as ecstasy, LSD and salvia.

“I’ve done molly at raves, a music festival, a party and at houses with friends for fun…,” the senior girl said. “I tried coke at senior ball basically just because I was drunk and high and someone offered it to me, but it didn’t really do anything.”

Although the senior girl admits to not doing any drugs regularly besides marijuana, she said that doing party drugs like molly was something her and her friends did occasionally over the summer at raves.

“The first time I used it was at my first rave and it was because my older friends got me into it,” the senior girl said. “…And before I tried it I really wanted to try it. I heard it was so fun and makes you love everything and you’re the happiest.”

The senior girl said when she first tried molly, she was the happiest and it was the best time she’s had on it.

“The rest have still been super fun and I always feel happy and lovey,” the senior girl said.

Mehta said that she knows people who have also tried these drugs who did it to experiment and have a good time.

“I think that people like the rush of trying new things,” Mehta said. “I guess they like to be experimental and doing drugs can provide that to them.”

Mehta also said she thinks certain drugs let people feel better to escape their problems and stress which is always relatively high as a teenager.

Senior Zachary Gorsen said although it changes from person to person, everyone has their own reasons to try these drugs. He said it could be boredom, it could be experimentation or it could be social pressures

Gorsen also said he would never try any of these drugs because he considers it self harm and he feels it is unhealthy physically for his body.

“Certain members of my family would not be okay with it,” Gorsen said. “ I want to keep that relationship good.”

Gorsen said if a close friend started doing one or both of these drugs he would want to stop them.

The anonymous senior girl said she thinks  it’s okay for upperclassmen to experiment with molly and cocaine if they’re responsible and know what they’re getting into.

Mehta said she does not condone drug use in high school, but she understands that some people want to experiment.

“I think it’s better to do that now rather than later when the implications could be greater,” Mehta said.

Gorsen said that as a person, he wants all people to be healthy, but he also wants people to be able to make their own choices.

“(People need) to make the choice between their own personal health and their freedom,” Gorsen said. “I think they should also take into account how them doing it or not doing it affects the people who care about them, because I think that if I had a friend who started doing drugs I would be a bad friend to them if I didn’t stop them.”