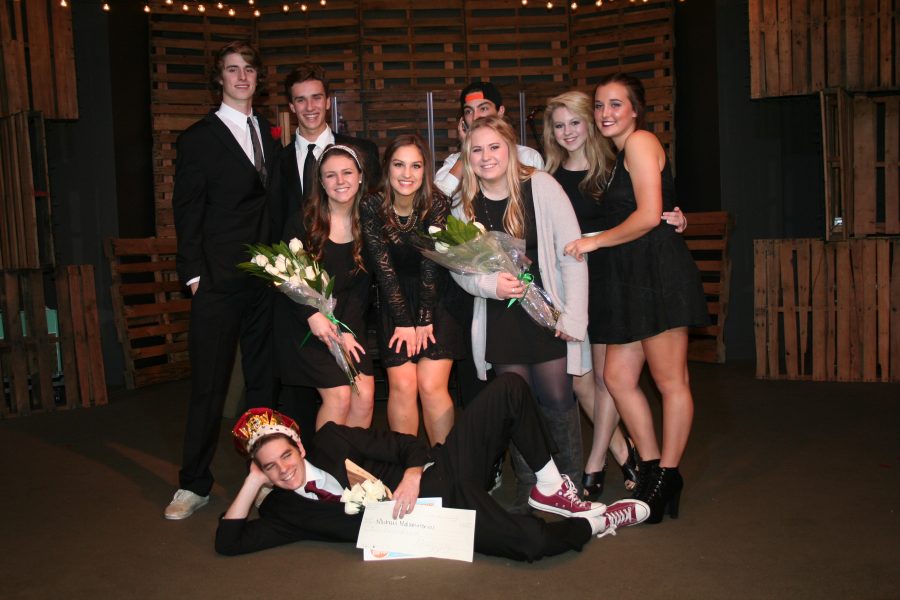 This time last year, Granite Bay High School students were gearing up for one of the school’s most anticipated events – Mr. Grizzly, a male beauty pageant fundraiser for charity.

However, this year, the event was canceled by the administration early in the school year, causing much negativity and disappointment among many students.

Some say the event was canceled because of problems that occurred during last year’s event, such as the poor treatment of GBHS property such as microphones.

But despite the cancellation, some GBHS seniors decided to host a Mr. Grizzly fundraiser themselves on Jan. 23. They said the decisions and actions of former seniors shouldn’t affect this year’s event.

“We’ve looked forward to this event since freshman year,” said senior Maddie Blackburn, who was one of the event’s organizers.

Several seniors said suffering the consequences of the actions of last year’s seniors was unfair. So, to keep the tradition alive, the Granite Bay community experienced its first ever Non-Mr. Grizzly on Friday, Jan. 23.

Blackburn and fellow senior Natalie Barron, who have enjoyed Mr. Grizzly since their freshman year, helped lead the project along with Emily Nagel. They took the initiative to rent a space, create applications for the contestants and run the whole show, completely separate from GBHS.

Non-Mr. Grizzly made its debut at The Family Church in Roseville with a total of eight contestants.

It was a relatively small event, but many said the show provided sufficient entertainment for a Friday night.

“I thought the show was pretty funny,” sophomore Megan Caulfield said. “Some of it was sort of awkward because they were trying to be funny and it wasn’t, but overall, I enjoyed it.”

At the end of the night, Michael Malamatenios won the show. He walked away with a crown, $100 and the title of Mr. Grizzly.

Charging between $10-12 per guest, the event generated approximately $2,000 that will be donated to the Leukemia and Lymphoma Society.

When Mr. Grizzly was a school-endorsed event, it raised money for Agape International Missions, an organization that seeks to help fight sex-trafficking in Cambodia.

“Ironic” was one of many words used to describe Mr. Grizzly, because for several years before its cancellation it had been overly sexualized, but it raised money to help fight sex-trafficking.

The switch from Agape International to the Leukemia and Lymphoma Society didn’t seem to change the overall opinion of Mr. Grizzly for many, including GBHS drama teacher Kyle Holmes.

“Of all of the elements about Mr. Grizzly that were offensive, it removes only one of them – the blatant irony, but does that make it OK?” Holmes asked.

Most students were previously aware of the event through the Twitter advertising – however, many faculty members became aware of Non-Mr. Grizzly on the day of the event itself.

Holmes was one of the first to discover Non-Mr. Grizzly when his students asked if they could promote the event in his classroom by showing the video teaser. He denied them permission.

Holmes sent an email to all faculty members that included the link to the YouTube teaser video for Non-Mr. Grizzly.

“I said, ‘Here is the teaser for what they are promoting … use your judgment.’ I didn’t tell teachers to not allow the students to advertise,” Holmes said. “I think a lot of teachers had no idea.”

The email sent by Holmes brought Non-Mr. Grizzly to the attention of the faculty; principal Jennifer Leighton said “a very upset parent” had brought the video to the administration’s attention a week and a half before the event, but she and her fellow administrators decided initially not to respond because it was a private, off-campus event.

“When I saw the teaser, I was a bit disgusted and definitely disappointed,” Leighton said. “Seeing the teaser confirmed … that we had done the right thing (by canceling the event in the fall).”

Leighton wasn’t the only faculty member disgusted by the video teaser. Holmes said several faculty members contacted him to express their displeasure with the video, including English teacher Bernadette Cranmer.

“The video is disgusting,” Cranmer wrote in an email that was sent to the entire GBHS staff on Friday afternoon before the event. “I would be embarrassed to associate GBHS with the whole process. The kids who made it should be made to sit down and watch it with their parents and grandparents, and then they should explain why that’s acceptable behavior.

“I will also not be donating money to any charity that wants to be represented in that way. … (T)he organizers and the charity need to sit down and talk about whether they share mutual goals and values.”

Although the event was supposed to raise funds for charity, some faculty members said they thought that was merely a ruse.

“When viewing the teaser, it’s still apparent that it’s more about getting attention for the contestants than supporting a charitable organization,” Leighton said.

Similarly, Holmes said “fundraising is a guise for what it actually is – a strip show that, at a minimum, is inappropriate and, at the most, is disheartening and disgusting.”

Several complaints from staff members and parents prompted Leighton to call The Family Church to try to prevent the possible misrepresentation of GBHS, but she said her main purpose was not to try to get the event canceled.

“I called over to let them know that this was not a school-sponsored event,” Leighton said. “Additionally, I sent the video teaser when the man I spoke with said he had been told that the boys were doing a fashion show.”

Leighton said she had no control over the event – it was church staff who had to decide whether or not they would cancel the event. Despite her concerns, Leighton’s call to the church ultimately did not have an effect – although the church did cancel the event on Friday afternoon, an hour and a half later, after several GBHS parents complained, the event was revived by the church.

Auston Page, an adult leader on the youth pastoral team at The Family Church, described Non-Mr. Grizzly as a “good family event … nothing crazy.” Page attended the event and gave positive feedback. He said the event was beneficial and for a good cause.

But many GBHS students who attended the event said several other students in the crowd were drunk, and some of those students appeared to be consuming alcohol from water bottles and other containers during the show.

Non-Mr.Grizzly might have happened, but Holmes said its true intentions are still debatable.

“I’m proud of our students that want to raise money and do good things in the community and around the world and I’m completely supportive,” Holmes said, “but I don’t think that’s what Non-Mr. Grizzly is.”