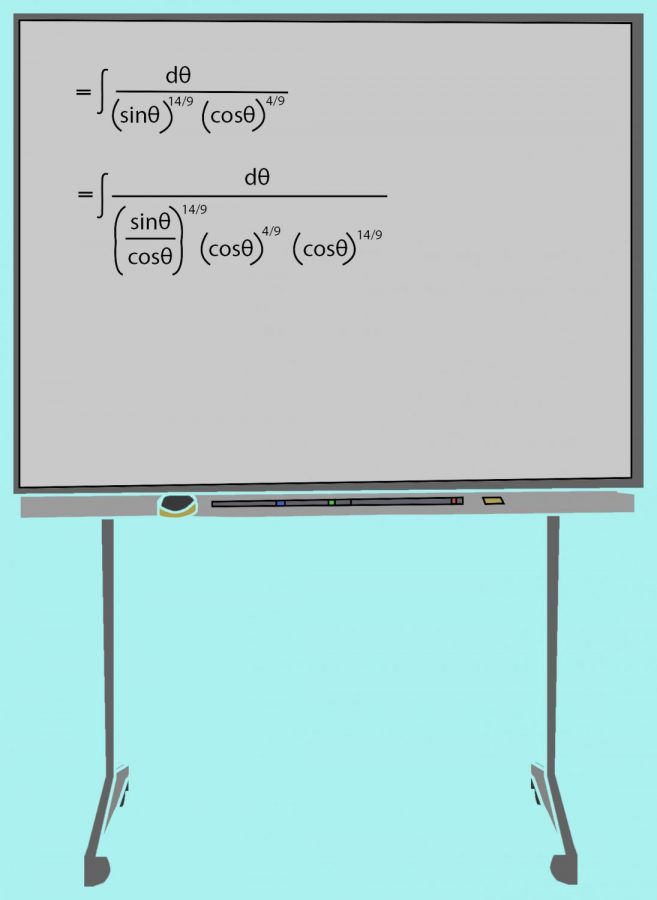 Brand new boards are now replacing technology that was at least 10 years old.

Technology comes and goes, and years after getting their first smart boards, the math department is finally getting a technological upgrade.

“We actually had some of the oldest technology (in the district), but (the district) kept on putting this off,” said Granite Bay High math department coordinator Lisa Vaughan.

The upgrade of smart boards has been long overdue.

The upgrade to new smartboards is, in part, because of the efforts of not only the GBHS math department, but the school district as well.

“The director of technologies in our district, Tony Ham, is trying to ensure that our technology is moving forward and not staying stagnant,” Laughrea said.

Buying new boards for the entire department ended up being a smart financial choice as well.

“It was putting a bandaid on the problem,” Laughrea said.

The old boards had a projector that projected images onto the interactive board, and costs to replace projector parts have built up over the years.

“However, I’ve gone through four projectors (since the boards were installed), and those projectors are fairly expensive, relatively speaking,” Laughrea said.

An additional reason for the update was a decision by Roseville Joint Union High School superintendent Denise Herrmann to create incentives for departments to spend funds on current needs instead of holding on to resources for future projects.

“Well, this year, Dr. Hermann, the superintendent is wiping all accounts, so if you have any money left over at the end of the school year, it goes to the general fund of the district,” Vaughan said. “If I’m going to lose that money, I might as well put it to something. So (the math department) said, well, let’s look at what’s new with smartboards – we need new technology anyway.”

The interactive whiteboards the department chose are larger and brighter than before, a visible change among the functional differences.

“(The new board) has a bunch of features that are new, like the end of the pens have different functions,” junior Jack Longoria said.

Currently, most of the math classrooms now have one of the new smartboards.

“We only had enough money to buy nine this year, and we’re hoping to buy two or three more,” Vaughan said. “There are 10 math classrooms in the math and science building and three rooms (in the 900 building).”

Learning the new boards is a process, and something all of the teachers have needed to adjust to.

“At this point, I would say for me, I don’t know if they’re so much more helpful because I’m still learning it,” Vaughan said. “(My students are) watching me fail a lot at it.”

However, the steep learning curve aside,  she has noticed some clear benefits and improvements.

“I know for sure that (the new board) is brighter, the screen is brighter, it’s much easier to be precise with it,” Vaughan said. “All of that technology was starting to go on the old boards.”