New district protocol made for concussions and athlete safety 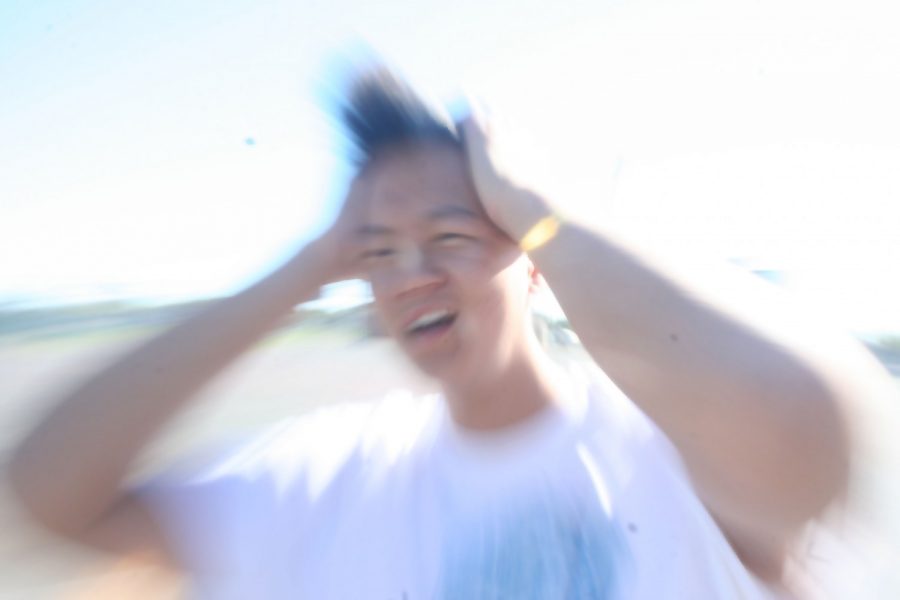 In the past month, several athletes at Granite Bay High School have undergone baseline concussion tests. Baseline testing is an exam that athletes take before the season starts in order to see how their brain functions, so if they get a head injury they can retest and compare the results.
“Athletes submit to an electrical test of their brainwaves. It is a simple and quick process,” varsity girls soccer coach Mark Broers said. “In my experience with high school athletes, the coach should recommend the test after witnessing a head injury.”
Without the initial test, doctors would not be able to accurately examine how severe the concussion or head injury is.
“We’re finding more and more students are getting concussions and in order to treat them the best way possible, we need to have a pre and post test of brain activity because we’re finding there are a lot more delayed effects and long term effect.” So, the focus has shifted to pay more attention to it preventatively,” GBHS nurse Jenny Serrano said. “Our goal is to test mainly athletes in high risk sports first before their season starts, so they can have that baseline test and then if for some reason they do get injured there can be a comparison between the two tests. Sports like tennis and cross country are not going to be tested be-cause they’re pretty low risk.”
The test itself is not very hard, and is similar to getting your hearing or sight checked.
“In the test they made us remember a lot of colors and numbers and words and they kept showing us them one after another,” junior wrestler Jordan Jensen said.
The exam tests memorization skills so if an athlete were to get a concussion during the season they can retest and see how the injury has affected their brain.
“Our coach had us do it to prevent injuries because sometimes people get concussions and they don’t even know it, and that can turn pretty severe pretty fast,” junior wrestler Parker Mortensen said. “During the test they ask you to remember a lot of things. They showed us numbers and then had us play a game, and then asked us to remember the numbers.”
For the past few years, athletes haven’t taken the baseline test. During the four years Broers has been a soccer coach at GBHS he hasn’t had access to the tests.
“I am working with the school nurse and athletic director to see that it is enacted again this year. Last year we had a few bad head to head collisions and players were under a doctor’s care before they were released and allowed to play again. This would have been helpful information for the medical staff and families,” Broers said.
The testing has been done on the GBHS campus, but it can also be done at a doctor’s office. Serrano said that the tests have been done here because it’s just the initial baseline test. The boys and girls basketball and wrestling teams have already gone through the process.
“I have been the one to administer the tests but it’s something that the coaches will be able to do as well. It’s all online and it’s very easy and you can do it on a chromebook. Then if a student gets injured, they can either get their retest at their doctor’s or they can come here and take their re-test. And then its the doctor who is doing the actual evaluation and comparing the results,” Serrano said.
Concussion tests are set to be taken every other year, however tests can be administered whenever a coach, doctor or player think it’s needed. Broers said he thinks the re-test is a good idea if the athlete has had a head injury, is sensitive to light or sound, is unable to focus or has a chronic headache.
“I think [athletes] should get tested once before the season starts and then if they get a concussion or other injury,” Jensen said.
If an athlete is injured, the post concussion test can also be conducted on the GBHS campus. The company GBHS gets the tests from also has so much data that an athlete can be matched with someone else’s injury as long as they play the same sport, and are the same gender and age.
“It’s still nice to have your own testing before and after. The protocols they have now for returning to play and returning to school are very good. They’re really looking out for the students to make sure
they’re actually healing and not just rushing back into playing,” Serrano said. Someone who suffers a head injury needs to be fully healed before they continue to play their sport. The concussion tests help by making sure their brain functions the same as it did before the injury.
“I think it’s really beneficial because if you don’t know you have a concussion your injury can get really bad really fast. If someone were to have a concussion, they would have to sit out during the wrestling season until they were fully recovered from the concussion,” Mortensen said.
As to why GBHS hasn’t been administering baseline concussion tests in the past few years, Serrano said it’s because of the fact that it’s her first year as the school nurse.
“I know that the other schools in the district have been doing the testing. There is a cost; you pay for this packet and you only get so many tests and I think for certain sports their boosters were able to pay for it , but definitely not schoolwide,” Serrano said. “But as far as I know the concussion tests are now district wide, and I don’t see them going away.”