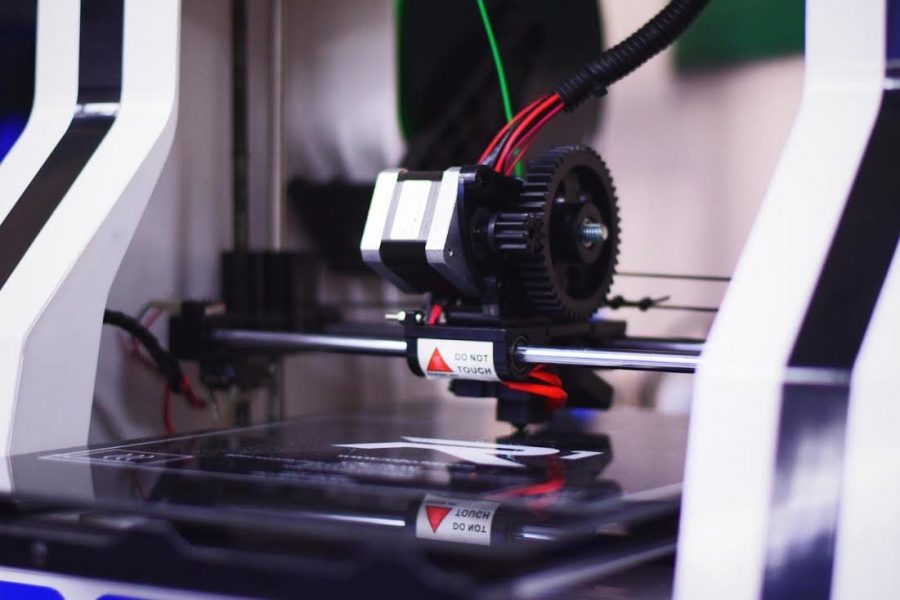 Granite Bay High School has recently introduced a new device for its students in the Granite Bay Information Technology program that can produce designs drawn from a computer- the 3-D printer.

Members of the GBiT team claimed that a majority of the school had no idea the 3-D printer existed on campus, despite how cutting edge the technology is.

The 3-D printers owned by the GBiT team and Steve Dolan are open to GBiT members, the robotics team and other students who have permission.

Ryan McKean, now a junior who has been a part of the GBiT program since freshman year, is excited to have the printers on campus.

The printers have added a different type of learning style toward the education of the team and they help the team with different projects.

McKean was initially surprised and curious because prior to coming to GBHS, he had never seen or even heard of a 3-D printer before.

Junior Garrett Allington, who has been a part of the team since sophomore year, has been working on printing out a three dimensional design of a soda machine.

While the elaborate designs and features of the printers seem very complicated to people who have never seen nor used the printer, it is easy to learn how to work the functions in an hour or two.

However, these printers also come with the expense of the material.

As a result, the usage of the 3-D printers has declined amongst team members and Dolan now requires his students to donate money to help pay for new supplies for the printer ink.

3-D printers are a new form of technology which are continuing to create jobs for people around the world.

Wang Ringan is a professor and the owner of a 3-D business in China called “Porimy”.

His business has been working on their new chocolate 3-D printer which has already seen many customers from Europe and the U.S.

“The industry and business opportunities for 3-D printing companies not only grows for printing, but other fields as well,”  Ringan said.