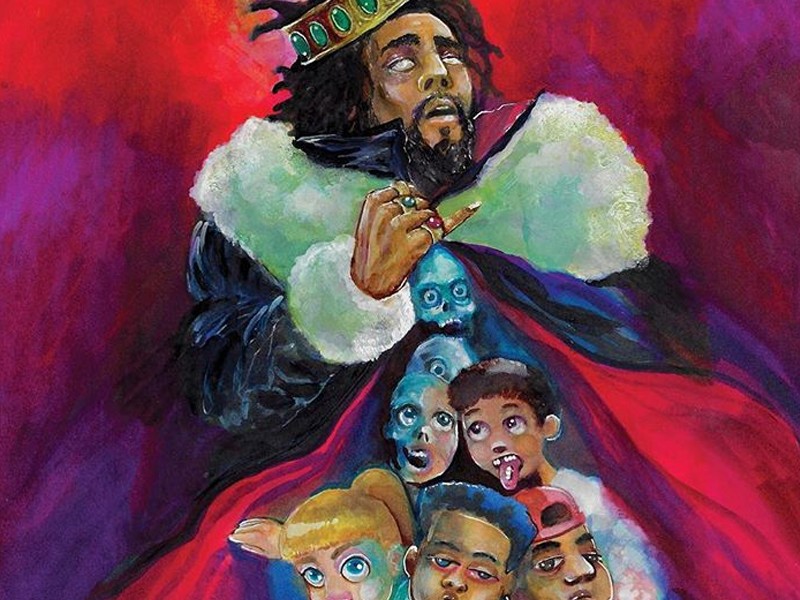 The profound cover art of the album denotes the problem of addiction and overdose, promising a narrative to answer the conflict.

Instead, K.O.D (Kids On Drugs) has the feel of a placeholder to bigger ideas. Cole is hinting at an important concepts that often fail to be elaborated on by albums end.

Given the weak answer to a strong narrative, K.O.D still delivers an album riddled with radio hit bangers and wise interjection.

The rapper’s previous album, 2014 Forest Hill Drive, was one of the best hip hop albums of the last decade.

Being the first album to go platinum without any features in 25 years, Cole has since been a staple of influence in the rap game – until recently.

The SoundCloud rap ecosystem blew up over a year ago producing new wave artists – like Lil Pump and XXXTentacion – began screaming, often in provocative language, for the older, mature rappers such as J. Cole to throw the towel.

Cole offers resolve to the egocentric, bass boosted tantrums in his record, “1985,” featured in K.O.D.

Rather than resorting to the traditional diss track, 1985 provides advice for the emerging SoundCloud rappers, as well as some of the most impressive intellectual concepts in the album. He exposes that the rappers rode in on a wave of trends and will be pulled out of the game just as suddenly as they rolled in.  He additionally illuminates that their music creates an opportunity for uninformed white youth to peer through a window of what they think is black culture of money, clothes and drugs, creating an unfair narrative for unassociated black children.

Cole additionally touches on topics of social media addiction in, “Photograph,” and the dangers of becoming money hungry in, “ATM.” Both songs feature Cole’s beat-busting lyrical flow, yet fail to expand on their ideas.

The tracks on K.O.D are easy to listen to and generally impressive, yet Cole’s failure to meet his potential can be hard to stomach.

The tracks are stripped down and the beats are solid yet minimal. The spotlight of his albums is in the brief glimpses of Cole’s lyrical wisdom and talent.

Considering all factors, K.O.D rises above much of the work of his peers, yet fails to reach the expectations set by himself.