How music affects your brain and soul 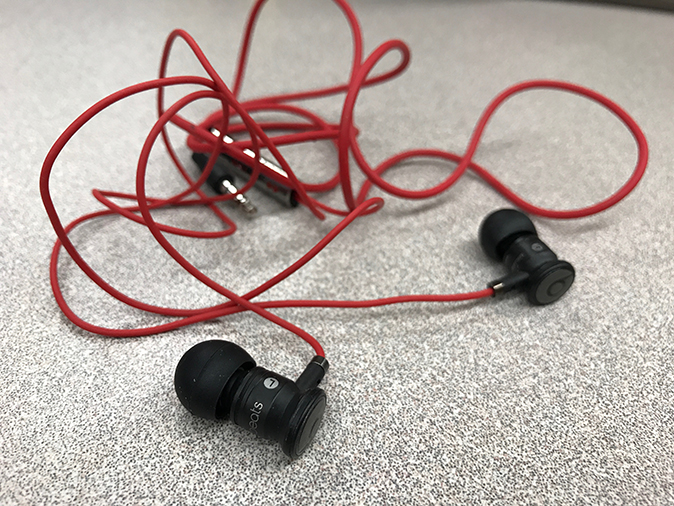 Turning on the car radio and humming along to whatever’s playing is routine for freshman Cassie Cantemir. Little does she know, this everyday action is changing her in multiple ways.

For example, music has proven to produce chemical changes in the brain, one of those changes being a temporary relaxant. According to CNN, a study shows that music may be a more effective way to eliminate stress than anti-anxiety drugs.

“Scientists tracked patient’s ratings of their own anxiety, as well as the levels of the stress hormone cortisol. The results: The patients who listened to music had less anxiety and lower cortisol than people who took drugs,” CNN said.

While it has the ability to reduce anxiety and depressive symptoms, music can also have a strong effect on your mood. Cynthia Renee, a local singer/songwriter, has seen how music can touch the soul first hand.

“Music either lifts my spirit or sometimes it can take me to a very sad or dark place. I tend to draw my biggest inspiration from past hurts or when my heart has been broken,” Renee said.

Renee said people relate to being hurt, and she uses that to move people emotionally.

“I have seen people cry during my performances. Many times they will come up after the show and say the song helped to heal something inside of them. That is precisely why I sing,” Renee said.

Intelligence levels can be increased using music too. A study done by PLOS.org shows that musicians have better motor and reasoning skills than non-musicians.

Playing is far more advantageous than simply listening to it, although most forms of musical exposure are healthy. Local violin teacher Frieda Yang said that musical training spills into many other areas of study.

“All my students are high achievers,” Yang said. “It’s not because they were smart to begin with, but the discipline of practicing instrument build the skill set that is beneficial for life.”

While music can help with certain subjects and overall intelligence, freshman band member Emily Engelhart loves it for the social aspect it provides.

“Music has changed my life by all the friends I’ve made and it has made me happier in general. I honestly don’t know what my life would be like if I had never decided to do band,” Engelhart said.

Freshmen Ashley Kindrick also believes that it can be helpful in social situations. She said that music gives friends more ways to connect.

“You can do more things together, like go to concerts, or just listen to stuff that you both like. It’s a good way to make new friends too, because you already have something in common with that person,” Kindrick said.

While Cantemir agrees with this, she also thinks music is important for more a deeper reason just than connecting with friends.

“Music is a really personal thing, too. People have different things they like to listen to, and sharing that with someone else is kind of intimate,” Cantemir said.

She said that depending on the type you listen to, it might affect you differently, but a lot of music is really emotional, and there’s sometimes a deeper meaning.

“Finding something that you like or you think is cool or that moves you is important to people, so that’s probably why so many people listen to it and love it,” Cantemir said.

Renee also believes that music is personal, emotional, and deep. She said it plays a huge role in her life, as it is her biggest passion.

“A lot of my thoughts, words and ideas come in the form of songs, and songs give me the motivation to do and achieve things in my life that I never thought possible,” Renee said.

People do like the fact that music can temporarily have a drug-like effect on the brain, but they really love music for the experience it gives them. It gives people meaning, which is extremely important for your mental/emotional health.

According to Yang, music can help you to excel in almost every aspect of life, including cooking, multitasking, problem solving, positive perfectionism, perseverance, and even driving reflexes. She has also seen it bring out the best in her students.

“They become more motivated in doing their best school work, especially when they achieved something like winning a competition,” Yang said.

For different people, music has a different meaning. Yang loves it because of the benefits it gives her and her students and the connection she feels between her spirit and soul.

“A person has three parts: spirit, soul, and body. Without the right kind of music, she will be missing a major part of life,” Yang said.

Renee also feels that connection, and uses music as an outlet for her thoughts. She said that she sings her stories to others, hoping it will resonate with her listeners.

“A song can literally take me back to a particular time […] in my life and make me remember exactly how I felt in that moment. Music is a spiritual experience to me and it makes my heart sing,” Renee said.

Renee and Yang use and love music for deep reasons. At a high school level, however, music is mainly used as a way to relax or get pumped up.

“When I feel tired, but I still have stuff to do, I put on a faster song. Or if I’m freaking out and I need to calm down, relaxed music helps. It usually gives you the desired result,” Kindrick said.

Next time Cantemir mindlessly sings along to the radio, she can appreciate how it is improving her mood, increasing brain activity, connecting her with friends, and exposing her to other people’s stories. Music has the power to change you.