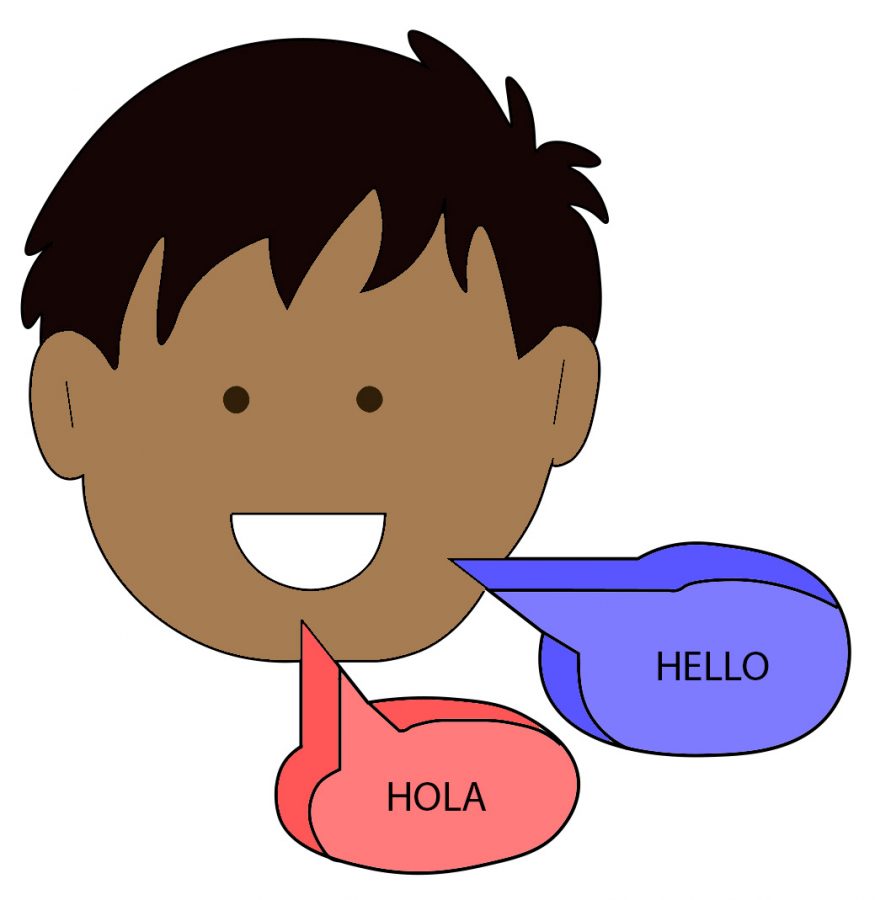 The ability to speak multiple languages can create connections that would otherwise not be possible.

While learning a second language creates brain connections that a monolingual person does not have, being bilingual also gives people access to communicating with a larger number of people.

Senior Shereen Golkar began learning Farsi and English at the same time and is now fluent in both, opening up her world to people who speak either language.

“Being bilingual has benefited me by exposing me to different cultures and making me into a more open-minded person,” Golkar said. “I feel like I am able to connect with others who speak the language, even when I don’t know them.”

The connections made through language can help break down barriers. For example, senior Ali Hashim has been able to use his Arabic and English skills to help people at his mosque.

“During the summer, I volunteered at my mosque and helped families with translations,” Hashim said. “I was able to help kids who are refugees who only speak Arabic in a way that people who only speak English can’t.”

At a volunteer program at the University of California at Davis, junior Nariaki Fujita also used his bilingual abilities in Japanese and English to help people.

“Some visiting students who came from Japan all knew conversational English, but their skills varied and sometimes they couldn’t figure out the words to say so I could translate some words for them,” Fujita said. “Also, there were a few times that there was a cultural disconnection-type thing, so it helped to be able to understand both sides and explain to the Americans that the international students normally went to school on Saturdays or stuff like that.”

Fujita is also able to use his Japanese to help his friends with more day-to-day translations.

“Sometimes, people want me to translate phrases they hear in anime for them and little things like that or explain anime stuff to them,” Fujita said.

Senior Marian Beltran-Gonzalez also finds her bilingual skills to be useful, as it creates stronger connections within her family as well as with other Spanish speakers.

“I can make connections that may otherwise go unnoticed,” Beltran-Gonzalez said. “One time at the (Department of Motor Vehicles), a lady was having trouble understanding what they were saying to her, so I translated for her.”

Beltran-Gonzalez’s ability to speak both English and Spanish fluently makes it easier for her to learn a third language – French.

“More often than not, (learning the language) allows me to learn the cultures associated with the language, which broadens my understanding of the world and the people in it,” Beltran-Gonzalez said.

Knowing several languages can be incredibly helpful, but it can also be overwhelming sometimes.

“When I would be in Spanish class at school and would often times begin speaking in Farsi instead of Spanish just because I would get them mixed up,” Golkar said. “It’s hard to turn each language on and off since they are all in the same part of my brain.”

Despite the occasional confusing moments, bilingual people appreciate the day-to- day connections they are able to make because of language.

“One time at SunSplash, this family asked me to take a picture of them and I picked up immediately that they spoke Arabic,” Hashim said. “I responded ‘Yeah sure’ in English but I counted ‘one, two, three’ in Arabic and their faces all dropped. It was so funny.”

Short and simple moments reveal how speaking several languages can create sweet connections even between strangers.

“I definitely think that when you do speak another language it can make you a better communicator,” Golkar said. “This can benefit the people around you and make both you and the world more open minded.”