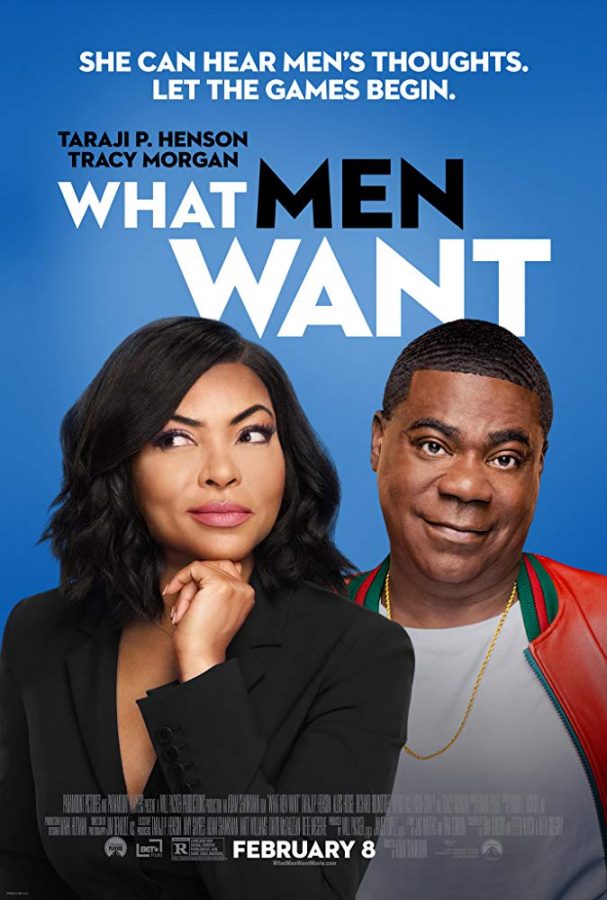 This R-rated film was released in theaters Feb. 8, and has received a rating of 4.6/10 from IMDb.

In the comical yet inspirational film, What Men Want, the importance of hard work remedied with the value of family and morals is demonstrated.

Facing hardships at work, Ali – played by Taraji P Henson – conveys the difficulties of being an African-American woman in a male-dominated workplace.

After losing a job promotion to her male counterpart, Ali visits a psychic and consumes a tea. The combination of the tea with hitting her head gives Ali the ability to read men’s minds.

Determined to succeed in becoming a partner at her sports agency film, Ali uses her ability to close a deal with an up-and-coming basketball star.

In the process of doing so, however, Ali hurts her love interest as well as damages friendships. Ali comes to terms with her actions and their moral standings and displays overall character development.

This film showcases the balancing act of trying to be successful and being a respectable person.

Though facing adversity, Ali realizes she still must be an upstanding person and learn how to trust others.

Furthermore, What Men Want brings to light the sexism that continues to be present in the workplace. The film exemplifies day-to-day issues women face in a male-oriented occupation, essentially delving into undesirable social circumstances.

With an inspiring message of accomplishing goals despite there being obstacles, and, being able to do so while being an upstanding person.

Overall, the film provided entertaining comedic relief but also provided the audience with an uplifting message.

I believe the movie was well done as a whole. The movie had realistic and diverse settings along with interesting costumes and props which added character and uniqueness.

Though it was not a profound or life-altering film, it was entertaining and enjoyable.

What Men Want takes a lighthearted approach to rather distinct and real issues, making it worth seeing.