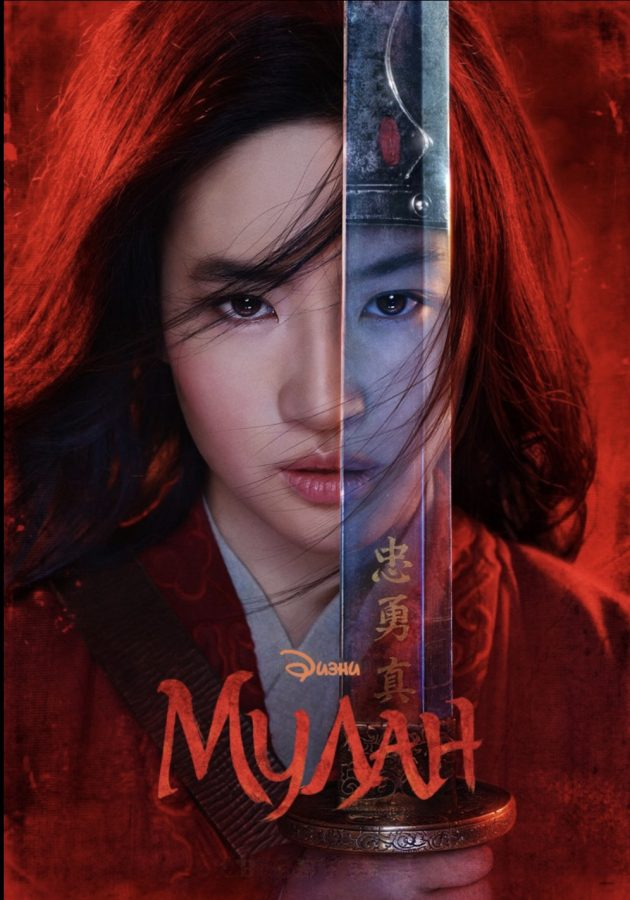 There are many stories that have been around for a long time, but there is one that has been told since The Wei dynasty in 386 AD.

The Chinese folklore of “The Ballad of Mulan” is renowned world-wide. Even now in the 21st century, it never fails to enthrall its audience.

The character of Mulan is so captivating to her audience because she displays the embodiment of what every woman wants to be.

She is shown to possess power, strength and ambition in the face of adversity and discrimination.

Who wouldn’t be motivated and inspired by her story? I know that I certainly am.

There are, admittedly, many things from Disney’s 1998 rendition that Caro left out, namely the animated animals.

Cricket appears in human form, while Mushu is sadly not present throughout the whole film.

Because of many of these changes, some more drastic than others, I do not believe that one should go watch this movie with the preconceived notion that it will be extremely similar  to the animated one.

For example,  it does not have the same type of humor or music as the one before, but that was expected, since it is a live action movie.

As mentioned previously, Mushu’s absence in the film was quite unfortunate.

It was a loss to viewers because it is lacking that feeling of nostalgia. I feel as if his comical and confident personality would have added a lot more to the film.

I missed him being just as clueless as Mulan, but still trying to help her fit in.

That, along with iconic details, like him angrily yelling, “Dishonour on you, dishonour your whole family!”

Although it was a different concept, I think it was told terrifically, and the cinematography was simply breath-taking.

Caro had me fascinated soon after the first scene opened to Mulan’s father talking about his daughter’s drivenness, fearlessness and agility.

In my opinion, Caro displays the village, culture and clothing wonderfully.

The personality of each character is very engaging.

The parents seem protective of their daughters, and want them to be ladylike and elegant. Meanwhile, Mulan can be very clumsy since she finds it difficult to control her chi, which is the life giving energy that unites body, mind and spirit.

She is forced to control this aspect of herself in order to bring honor to the family.

As she struggled with controlling her chi, she also struggled with relationships. In this movie, I learned how much of a role virtues play in the Chinese culture.

The culture was shown through the scene in which Mulan got a marriage proposal, and the boy’s side seemed to be very harsh on Mulan, wishing for honor and excellence.

However, her true match is obviously made later in the film. It was clear for me to see she had different goals for the time being.

I loved how Caro displayed how significant respect and honor are in the culture.

Caro did not fail to convey the importance of family devotion in this film, which was one of the primary callbacks to the original film.

Mulan’s father was drafted. In order to save her ailing father from facing problems in the war, Mulan decided to take his place.

That major step itself showed me how valorous Mulan was. I was truly fascinated and astounded by her courageous nature.

Once she was part of The Imperial Army, I was relieved to see that it was not as gory as I had thought it would be. I thought of it to be a more mature adaptation of the 1998 version that everyone knows and loves.

In my opinion, this story showed how crucial it is to find yourself, and the message will continue to empower women and young girls.